Chrysler built and sold the Valiant compact and its many siblings all over the world, starting in the United States for the 1960 model year, and it remains one of the all-time greatest sales successes — if not the greatest sales success — in company history. I've documented plenty of Valiants (and Darts) during my junkyard travels, but most of those cars were from the late-1960s-to-middle-1970s period. The wild-looking Valiants of the early 1960s are much harder to find in such places, as are non-sedan versions, so this very rough '61 hardtop coupe in the San Francisco Bay Area caught my attention immediately. 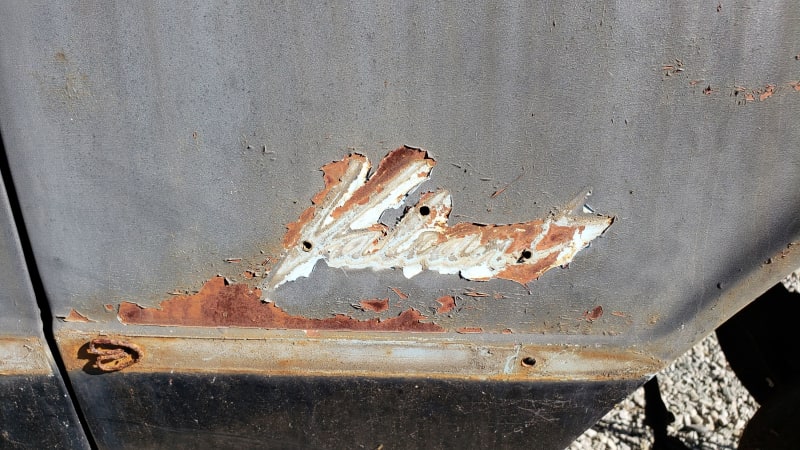 Just as the Imperial veered back and forth between being its own marque and being a Chrysler-badged model, so did the early Valiant shift between life as a separate marque and life as a Plymouth. This car was a Plymouth Valiant V-200 in 1961, but went back to being just a Valiant V-200 for 1962. By 1964, all US-market Valiants were Plymouths and stayed that way until the end (in Australia, however, the Valiant had Chrysler badging). Since Plymouth dealerships handled American Valiant sales all along, few buyers paid any attention to the presence or lack of Plymouth badges on their cars. 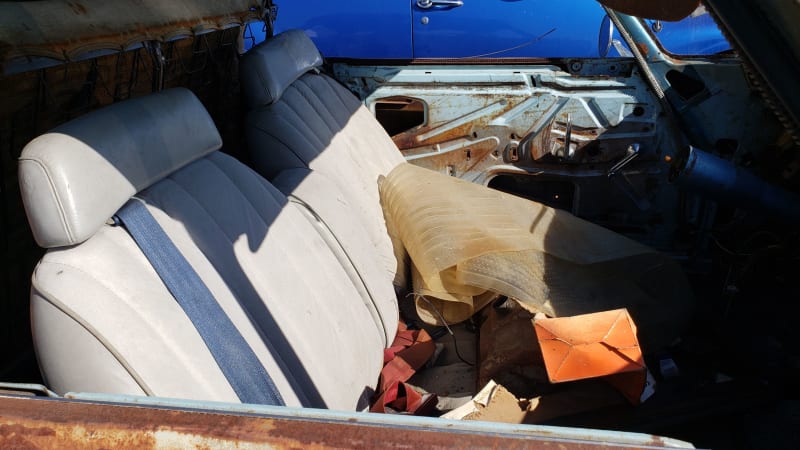 It's a bit rusty by California standards (by Michigan standards, the metal is in great shape), but the body and interior fall on the basket-case side of the condition spectrum. Still, someone had this car running (or hoped to have it running) recently enough that it got a seat swap out of a newer car. 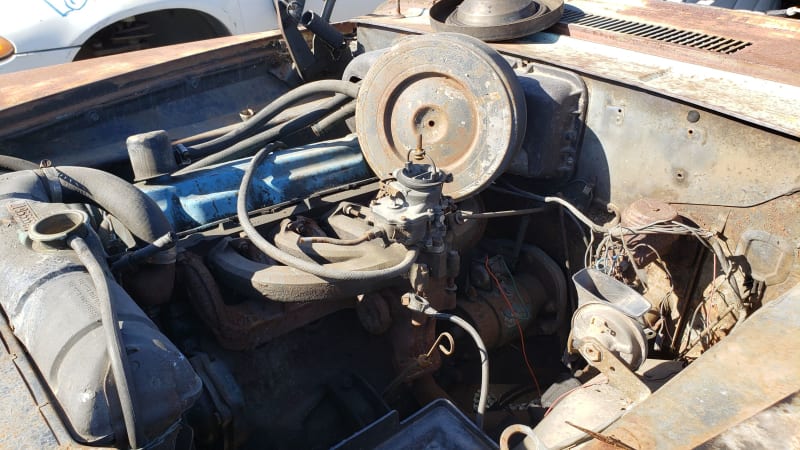 Chrysler didn't offer a V8 engine for the Valiant until late in the 1964 model year; for 1961, choices were limited to the base 170-cubic-inch Slant-6 and the optional 225-cube version, making 101 and 145 horsepower, respectively. Detroit cars of this era tended to get a lot of engine swaps over the decades, so this one might not be the original plant. This car has the optional automatic transmission instead of the base three-on-the-floor manual. 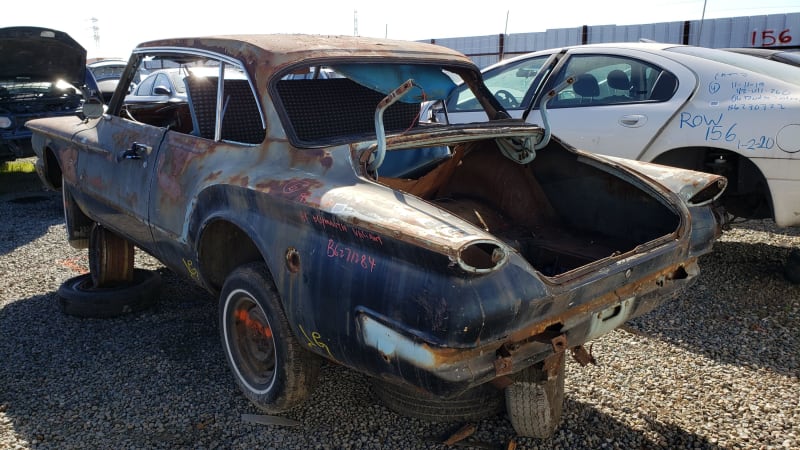 Most compacts didn't have fins and swoopy body lines in this era; the 1961 Chevrolet Corvair looked pretty conservative despite its innovative chassis layout, while the 1961 Ford Falcon, 1961 Studebaker Lark, and 1961 Rambler Classic blended into the crowd even more.

Just the car for San Francisco!