The Concept 4's nose is peeking through on this production prototype

BMW's upcoming 4 Series replacement has been spied yet again, this time wearing less front-end camo, and revealing just how low the bottom of that new chipmunk grille truly goes.

Just in case the past few BMW product announcements haven't quite sunk in, we have yet more proof that the company's designers have been inspired by images of small woodland rodents.

These spy photos give us a pretty good sense of what the front end of the new coupe will look like. While the individual elements are all still meticulously covered, we can see the contours of its grille and front bumper, even behind the inconveniently placed license plate bracket. 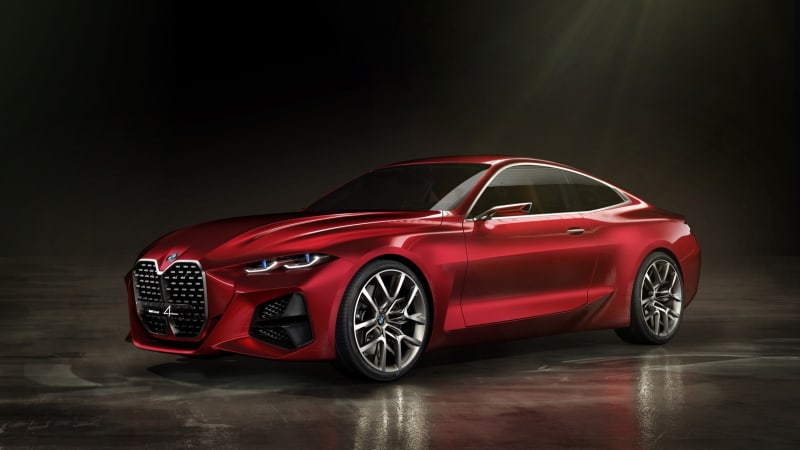 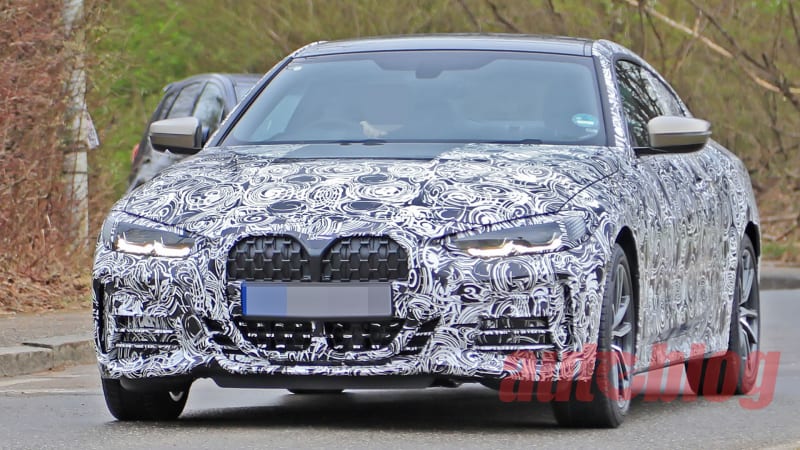 Camouflage on previously spotted prototypes revealed less of the new 4 Series' front-end contours. The nose is not a direct lift from the Concept 4, nor should it be, and appears a bit less exaggerated on this production-spec car than it did on the show-floor model.

If anything, this treatment appears to split the difference between the dramatic Concept 4 and BMW's own i4 EV concept, which wasn't exactly an exercise in subtlety either.

The prototype's lower opening appears to frame the base of the large kidneys (or teeth, if we're really committing here) and make its nose look almost heart-shaped in comparison to the more symmetrical i4's.

BMW has remained fairly tight-lipped regarding what we should expect from the new 4 Series, but we expect it to be offered with both ICE and hybridized powertrains, with the i4 carrying the torch for electrification. More details should be forthcoming, as this prototype appears to be just about ready for prime time.