Some Tesla owners are claiming that they're being charged for in-app purchases they never intentionally made, sticking them with thousands of dollars in non-refundable upgrade fees.

In at least one instance, InsideEVs reported, the owner claims the purchase was made while his phone was in his pocket, meaning that what effectively amounts to a butt-dial ended up costing him more than $4,000.

That owner, author Nassim Taleb, took to Twitter to vent his frustration with Tesla's customer service, whose representatives initially stuck to the company's policy that all vehicle upgrade purchases are final and thus non-refundable.

Elon @elonmusk, your Customer Support at Tesla is even worse than I claimed last time.
It is an insult to your customers. pic.twitter.com/3HZ2YSjigS

Eventually, Tesla CEO Elon Musk intervened, saying he would make sure Taleb's issue was resolved, and commenting that refunds in general should be easier to obtain. Taleb, who has a large Twitter following, pushed back against the response, saying he doesn't want special treatment; he wants all customers to receive the same benefit of the doubt that he was shown.

Just saw this today. Tesla refunds in general should be easy to get electronically & certainly through customer service. Will he addressed.

Another owner reported a similar occurrence to Electrek, claiming that both the full self-driving and acceleration boost upgrades were purchased without his (or his wife's) knowledge, and they only realized the mistake when some features appeared to be activated unexpectedly. 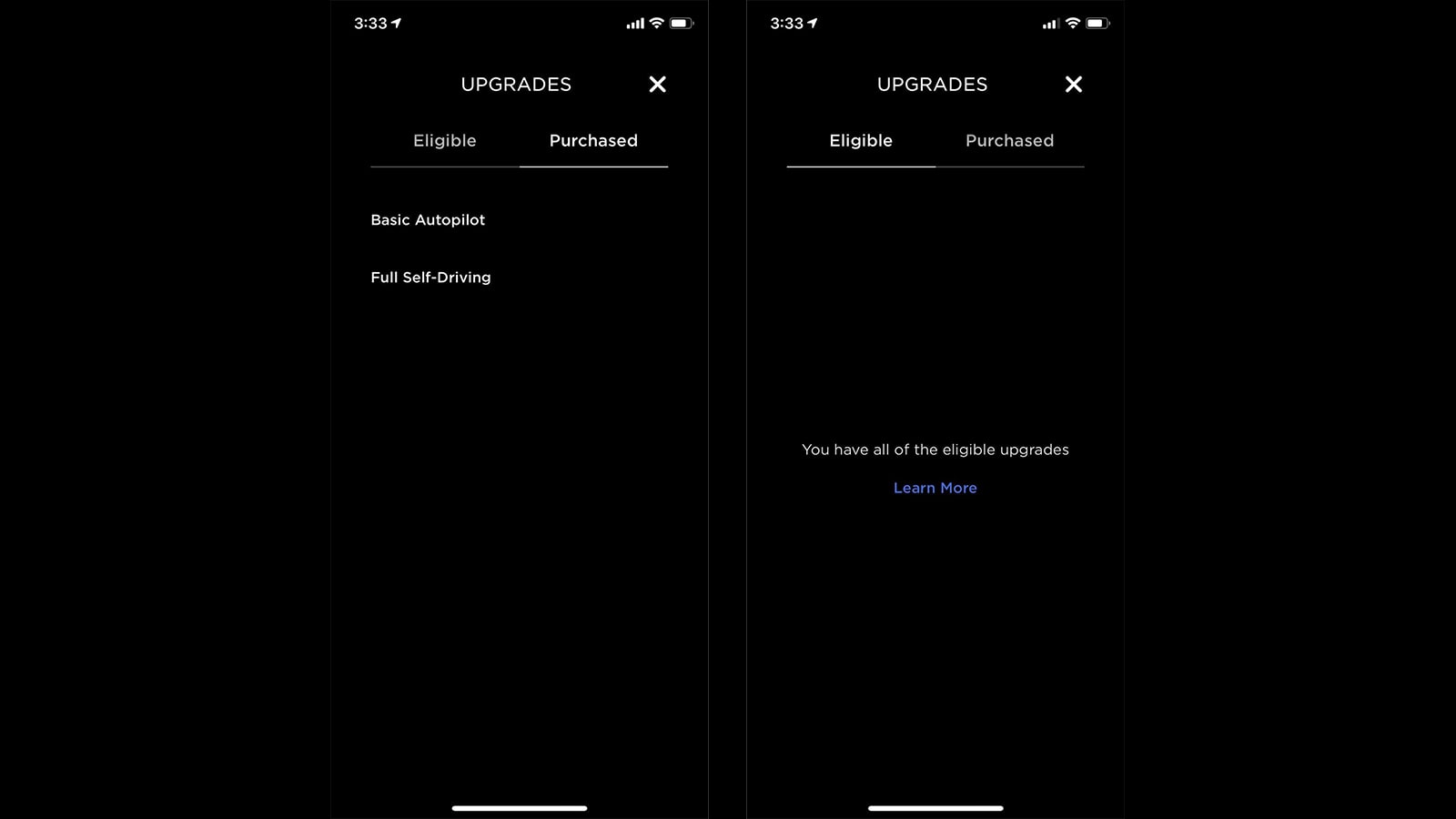 Autoblog spoke to a Tesla Model 3 owner, who asked to remain anonymous. He walked us through the in-app purchase process, which requires both that individual upgrades be selected, a payment method chosen, and then the purchase be confirmed on a separate screen. He said that, in his case at least, the radio button for the acceleration upgrade was selected by default, which could potentially shortcut the process if a user wasn't paying close attention.

"Could it be more idiot proof?" he said. "Perhaps. Is a butt dial purchase likely? Doubt it."

Based on Musk's tweet, it seems likely that Tesla will revisit its refund policies, but in the meantime, owners should take caution when navigating the app. Until Tesla adds a "try before you buy" option for either its acceleration boost or full self-driving updates, it might be wise to steer clear of that menu altogether — and not profiling your payment options for quicker checkouts might be advisable.