The future is electric, elegant, and there are so many screens 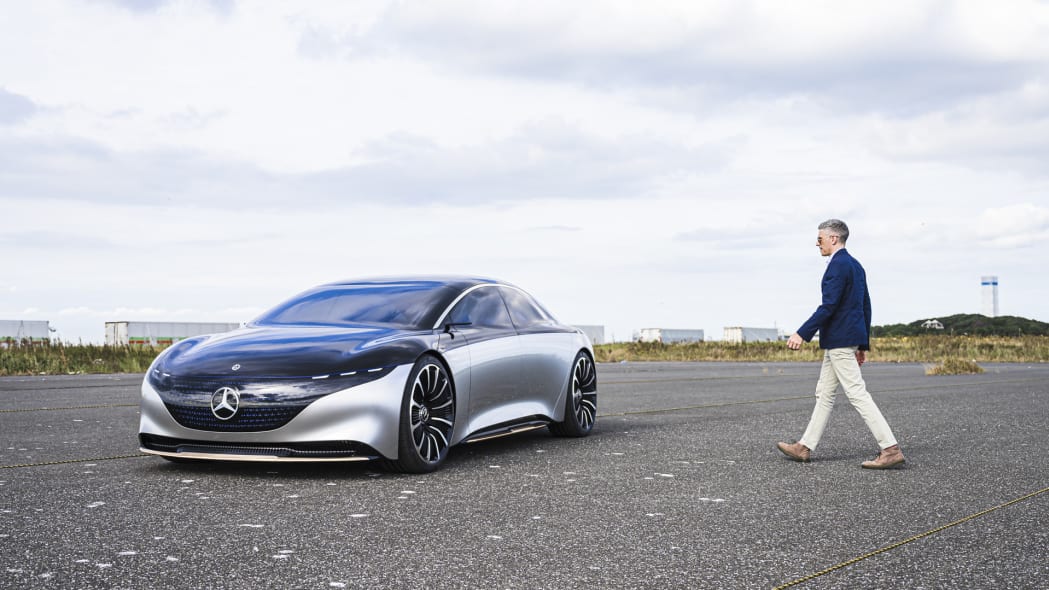 There is something eerie about driving concept cars. It’s not that they’re priceless one-offs, painstakingly created by a host of craftspeople. And it’s not that they’re champingly bridled, powered by a full battery array, yet only able to be driven at 5 mph for safety’s sake. And it’s not that it’s illegal to drive them on public roads, especially in Japan, so you’re forced to conduct yourself in an abandoned-looking bay-front industrial parking lot. It’s creepy because moving around in a vehicle that is, at heart, nothing but a fantasy, lends credence to the underlying delusion, makes such a car seem possible, real. Driving a concept car backfills the uncanny valley.

This is especially true if the concept in question is a Mercedes-EQ sedan, an elegantly ovoid, full-size, battery-powered, ultra-luxury four-door. Mercedes has not made any secret of the fact that it plans to grow its all-electric EQ sub-brand to include an entire vehicle line. And one of them must necessarily be an S-Class-like sedan, a marque signature for decades. In fact, the brand has officially stated that it will sell an all-electric vehicle very much like the Vision EQS Concept, alongside a new gasoline- or hybrid-powered S-Class, starting in the early 2020s.

Though aligned with Mercedes’ stolid and handsomely minimalist design theme, the exteriors of these vehicles will be suitably differentiated, with the EQ version hosting overt and tech-forward LED lighting signatures on the front, rear, and sides, as well as shaved surfacing, and a more futuristic and bowed language. The EQS concept is an exaggerated, perhaps idealized, version of the ultimate aesthetic goal. That's even more obvious in the interior, which really distinguishes the EV. 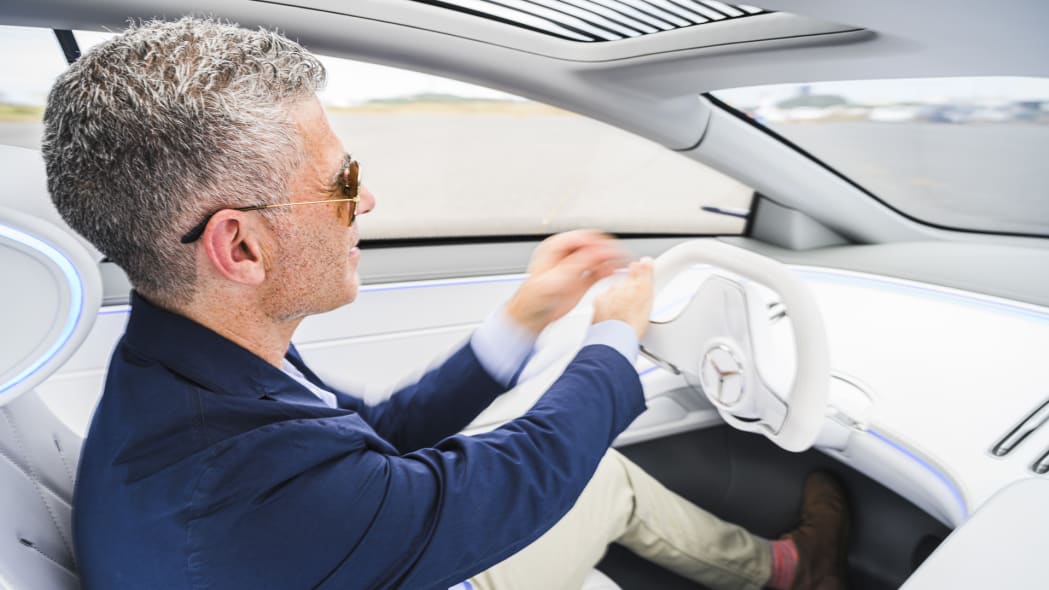 This is partly because of the new materials presented in the car – microfiber, vegan “leather,” and reprocessed composite scrap wood – are meant to showcase the sub-brand’s focus on sustainability. It’s partly because of the commodious advantage that results from electric vehicles decoupling from design convention: the EQS' in-hub motors push the wheels to the corners, and the car lacks a transmission tunnel, exhaust system, gas tank or big-engine-concealing hood. And it's partly because of the weird bright white seats, floating above the floor like hovercraft, and folded in upon themselves like a chambered nautilus. I kept waiting for them to unfold, and coddle, massage, or swallow me.

But, admittedly, it’s mostly the intended number of screens. Not the quantity, which is definitely notable at seven – one massive panel spanning the width of the dash, one giant tablet arising from the armrest between the front seats, another nearly matching tablet emerging likewise between the back seats, and smaller ones poking up from each armrest like a mirrored compact held at arm’s length. Rather, it’s more their repetitious ubiquity. It’s hard to tell if they’re meant to be observed, or if they’re the thing, hydra-like, doing the observing. 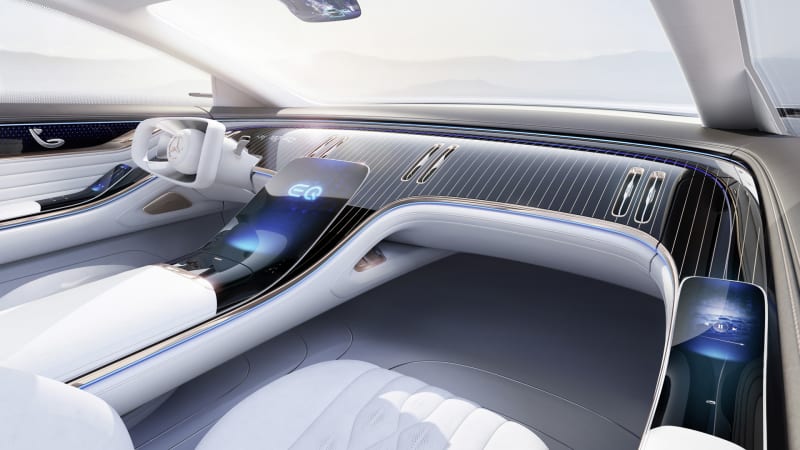 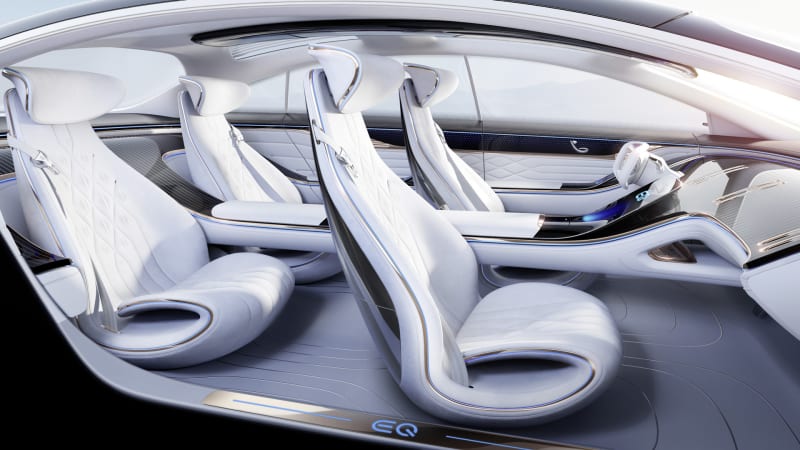 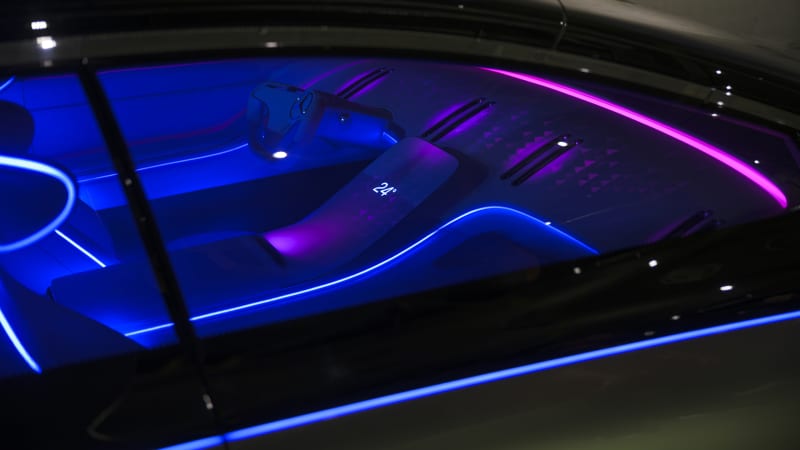 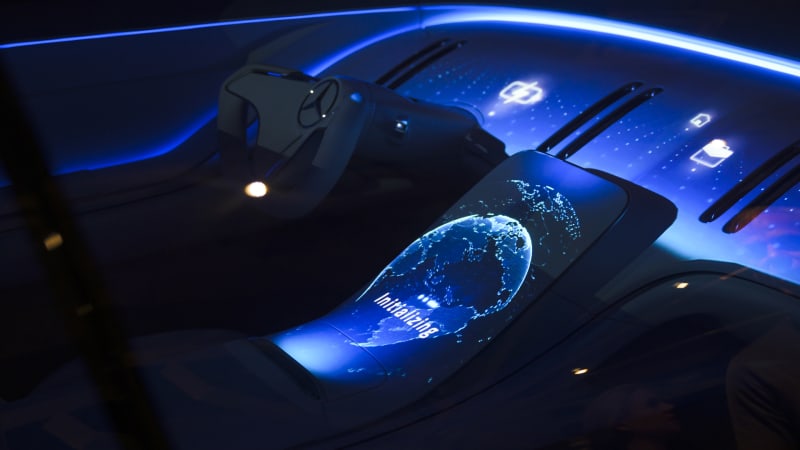 Still, it’s a truly luxurious experience, crafted in an idiom unlike anything else currently on the market. Say what you will about Tesla's achievements, and there are many, but interior elegance is not one of them. In a Model S, material stinginess is claimed as intentional, and as an equity; all the money is in the batteries and software. Mercedes is hoping to combine silence, power, range, and an interior that doesn’t feel made solely of cafeteria trays, felted socks, and 1970s vinyl armchairs. With the EQS concept, it has succeeded.

The car looks badass moving about on its own power, far better than it does on the show stand. And it feels badass too, at once pure and sinister. Or maybe I was just overheating; the windows don't open and there is no functioning HVAC system. Still, when I completed our travels through the bukimina tani (that’s "uncanny valley," in Japanese) I left with a distinctive feeling of having cheated time, having opened a portal into the silent, cosseting, luxury electric vehicular future.