The ultra-luxe Maybach SUV is on its way 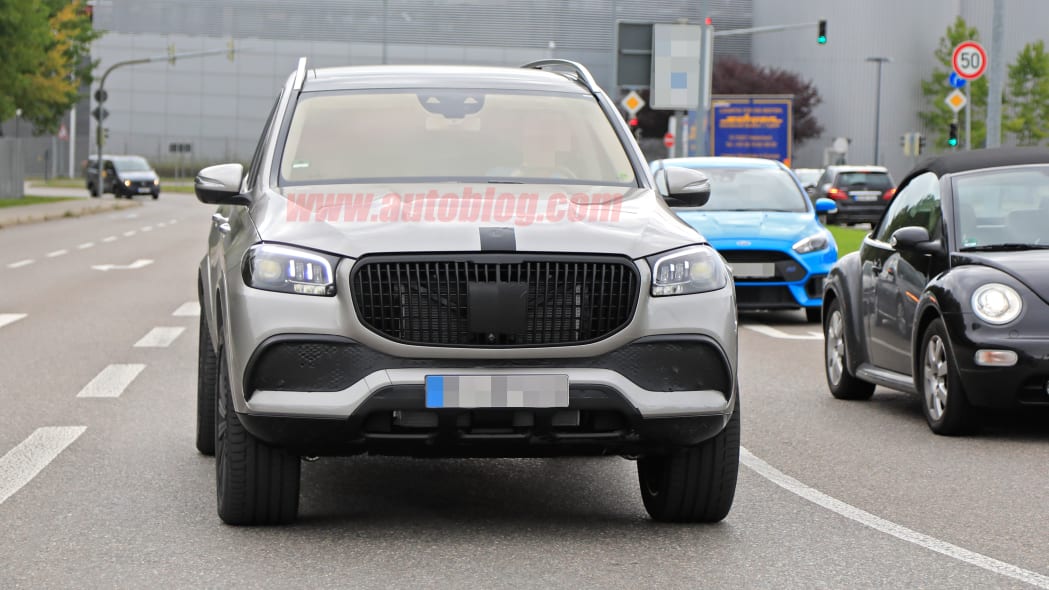 The new Mercedes-Benz GLS is a massive tech fortress on wheels, so the Maybach GLS is bound to be a massive tech castle. Last we heard from the gigantic Benz SUV was that it was going to be built at Mercedes’ Alabama plant. With a starting price expected to be around $200,000, it’ll probably be the most expensive vehicle produced in the U.S.

These spy shots give us an idea of what we’re going to be looking at when the production SUV is finally revealed. Our first hint that this prototype is a Maybach is the grille. It looks suspiciously similar to the grille on the Vision Mercedes-Maybach Concept with all the vertical slats running down the big maw. Minimal camouflage is disguising the exterior for the most part, but we imagine Mercedes is hiding any of the gaudier parts of the car it’d like to save for a big reveal. The exhaust outlets sure do look a bit different than the regular GLS, but the outside is generally the same as what we see today.

As for the interior, that’s where most of the magic is expected to happen. A significantly overhauled look is inevitable, with the focus on even more luxurious materials than the most expensive norm-core GLS. A rear seat that's fit for a king or two is likely, along with Maybach-exclusive tech to boot. For now, we can’t see in the heavily camouflaged and taped-off windows, leaving us to wonder about the luxury within. This Mercedes-Maybach is expected to compete with other massively expensive SUVs like the Bentley Bentayga or a fully decked-out Range Rover.

Everything that’s optional on the GLS should come as standard here, including the trick E-Active Body Control suspension. Look for a reveal coming in the not-so-distant future, as this prototype doesn’t look terribly far from production to us.