It's a high-tech, 3D-printed home on wheels 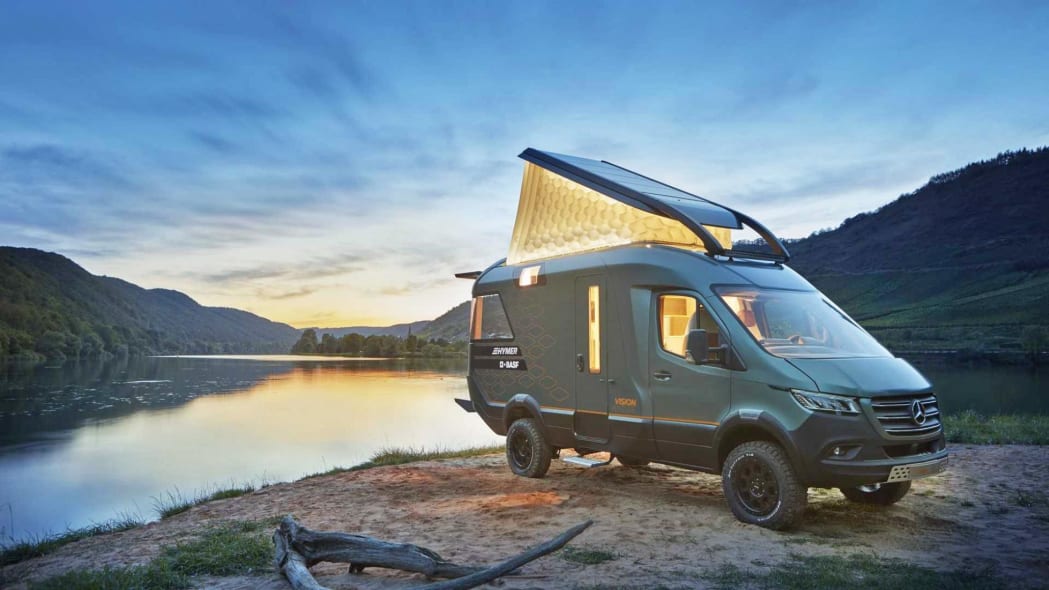 Hymer, the German firm that manufactures some of the biggest and bulkiest camper vans zig-zagging across Europe, surprised us by releasing an adventure-ready rig named VisionVenture that's based on the Mercedes-Benz Sprinter. It's just a concept, but it's cool enough to make even the most comfort-obsessed travelers stop browsing Booking to embrace the van life.

The unsuspecting Sprinter donated its chassis, its turbodiesel engine, its four-wheel drive system, and some of its body panels to the VisionVenture, but the rest is custom-made. Hymer teamed up with chemical company BASF to find creative solutions to the problems and inconveniences campers often encounter while on the road. Infrared-reflective paint keeps the interior temperature in check, for example, while Top Gear learned many of the add-ons (like the wheel arches) were 3D-printed.

On the ground level, the VisionVenture looks more like a luxurious apartment than a camper van; there's not a bed in sight. Hymer installed a full kitchen with numerous cupboards, racks you can attach potted plants to, and a lounge-like living room with an unobstructed view of the outside world. The two-person bed is cleverly integrated into a pneumatically-operated pop-top, which is like a more modern version of the tops Westfalia has historically fitted to Volkswagen vans.

Hymer hasn't announced plans to bring the VisionVenture to production, but it hinted the concept foretells what camper van shoppers might be able to buy in 2025. No potential pricing has been announced, but small homes on wheels often cost as much as a small home on concrete foundations.