A rare example of the GMC-badged Chevy El Camino, found in Colorado

Everyone knows about the Chevrolet El Camino, including the later 1982-1987 G-Body models, but the El Camino's GMC-branded siblings seem to remain in obscurity. Known as the GMC Sprint for the 1971 through 1977 model years and the GMC Caballero after that, these cartrucks were virtually identical to their better-known Chevrolet brethren but sold in much smaller quantities. With all the junkyard explorations I do, I hadn't seen a Caballero in decades, so this '83 I found a few months back in Colorado came as a noteworthy Junkyard Gem. 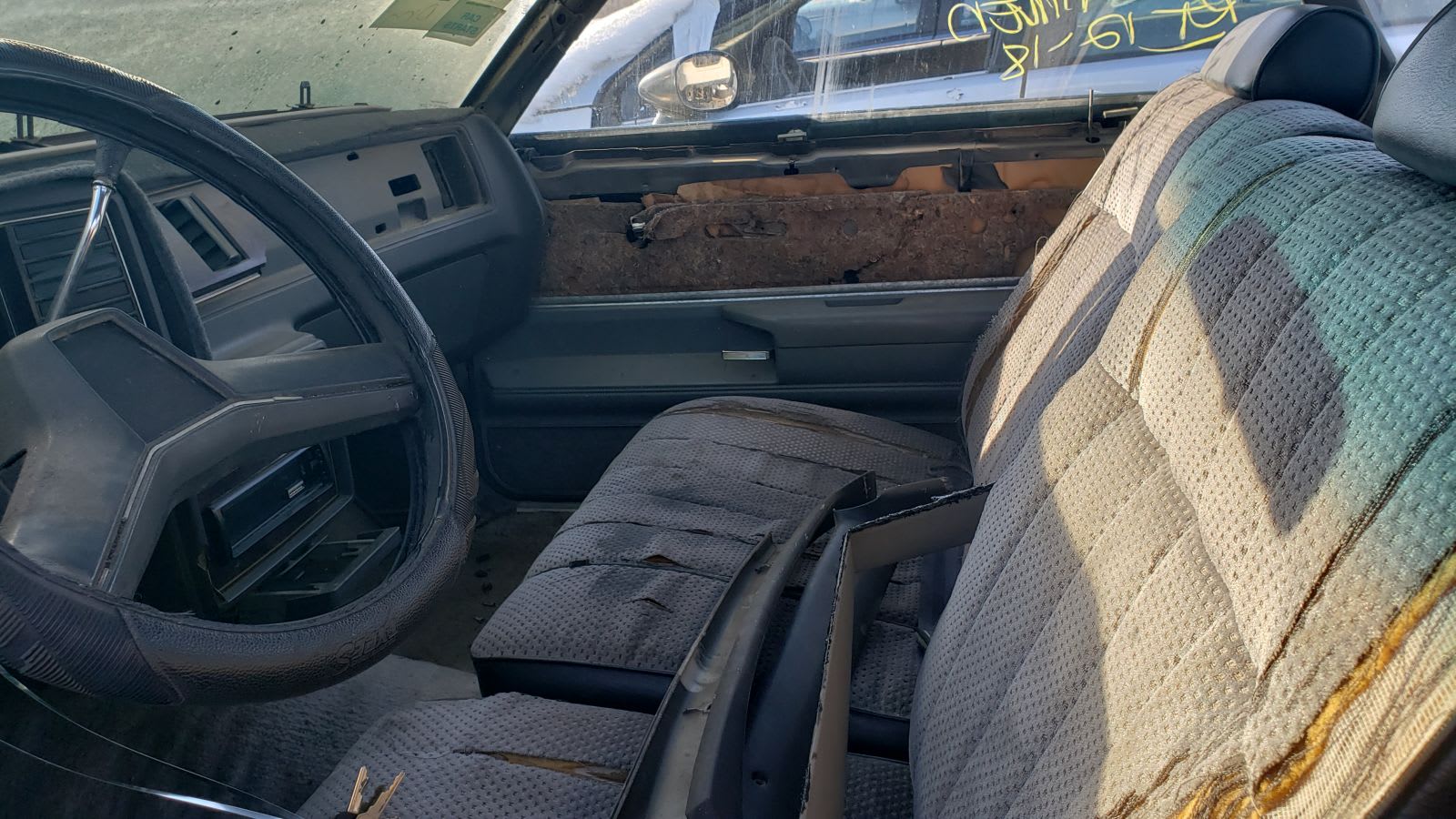 This one lived a hard life, and the harsh Colorado sun did its interior no favors. 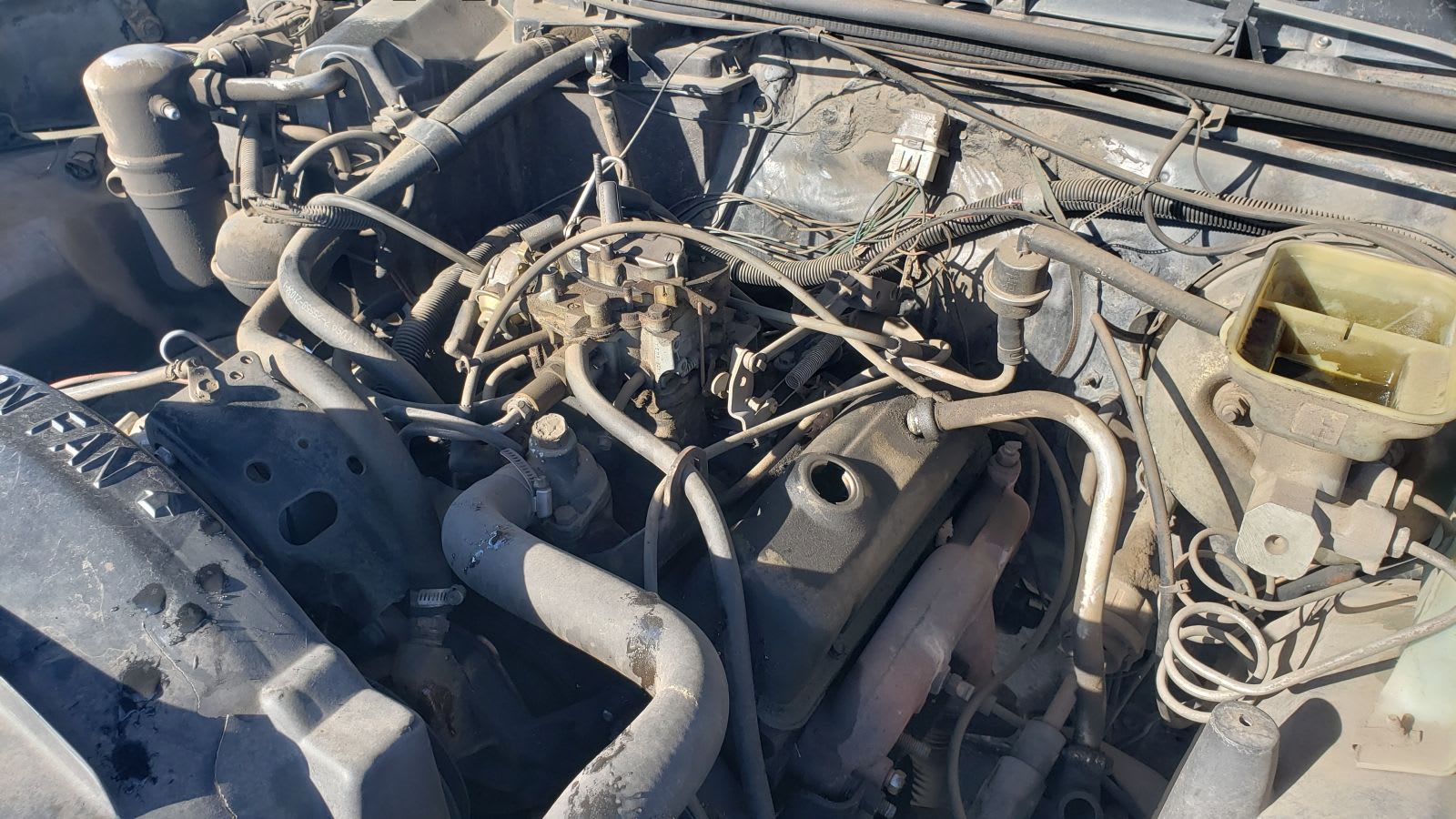 The Caballero got the 3.8-liter Buick V6 as its base engine for 1983, rated at 110 horsepower. The General finally sprang for an even-fire crankshaft for the Buick V6 in 1977 (prior to that, it used a cut-down V8 crank, with resulting rough running), so it wasn't a bad powerplant for a light truck in 1983. 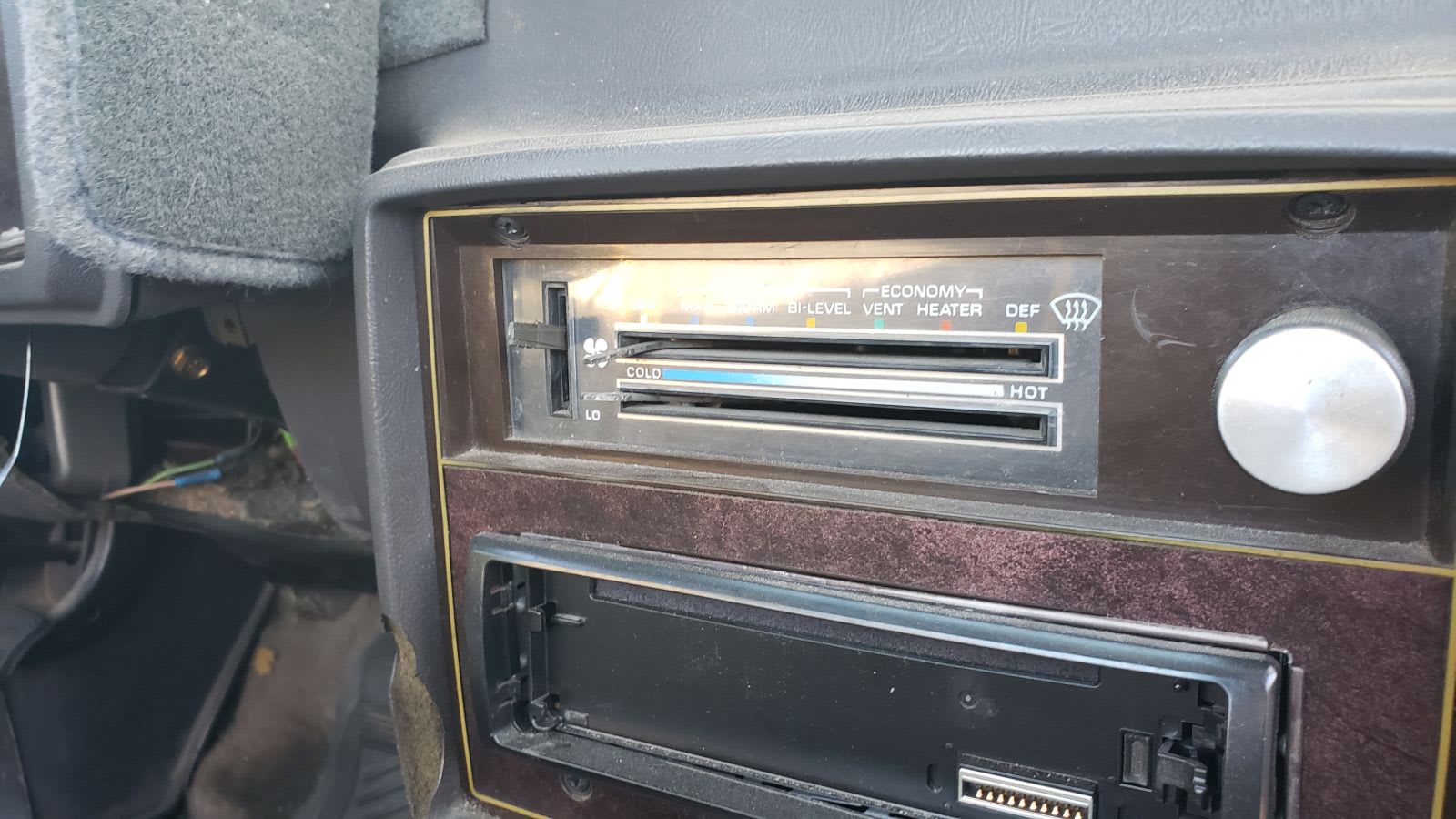 GM really got its money's worth out of this HVAC control panel, variations of which appeared in GM machinery for decades. 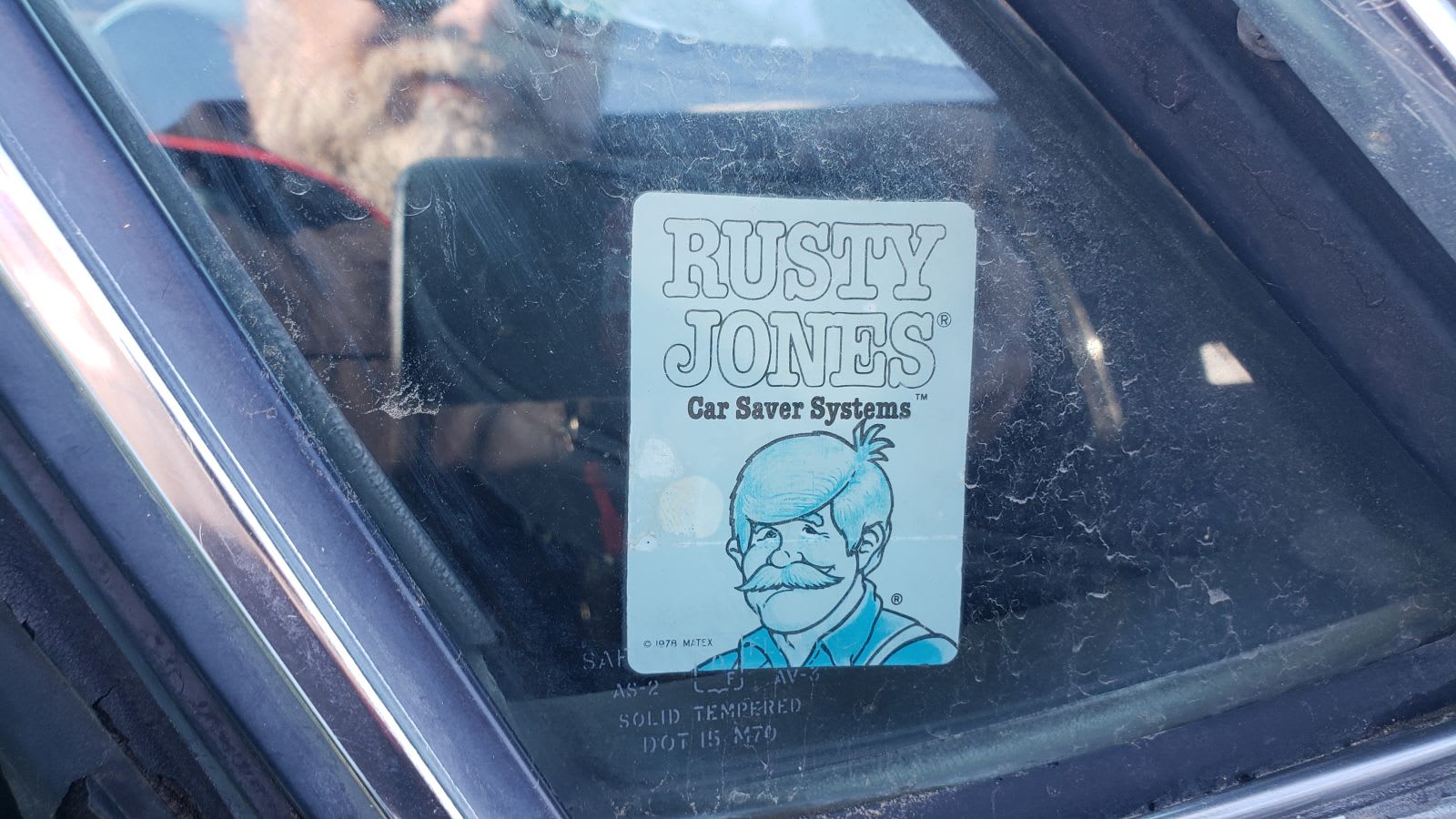 This cartruck doesn't have serious rust, so it looks like Rusty Jones did his job (or maybe it was eastern Colorado's single-digit humidity and lack of winter road salt). 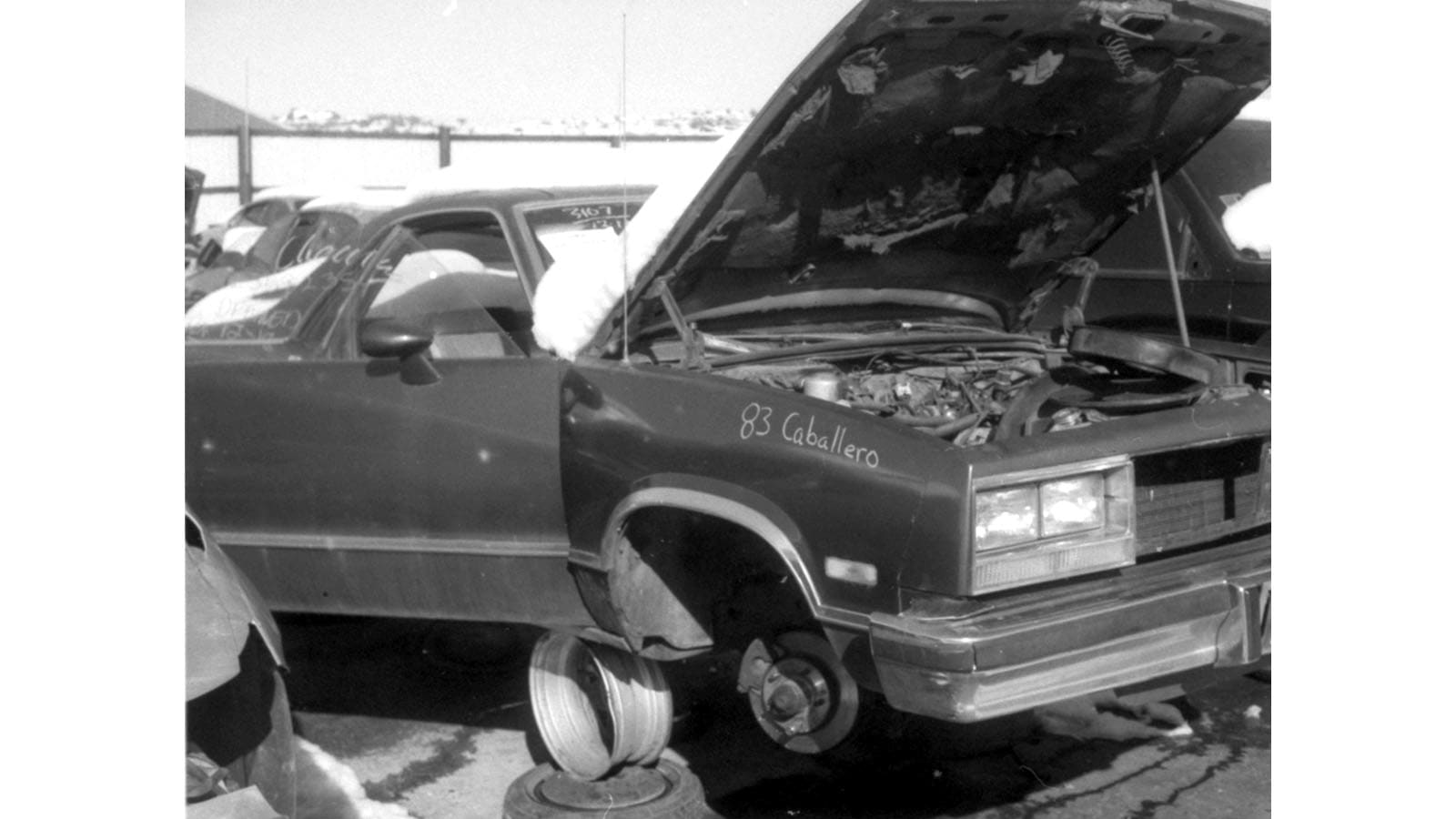 I used the Caballero as a test subject for my newly-obtained high-end (for 1974) Canon 110ED film camera.

This dealer-promo film covers the 1983 El Camino, but it's close enough for Caballero use. You'll dig the macho-voiced narrator's purple jacket/yellow shirt combination.