One of Lee Iacocca's Chrysler-saving K-Cars, now junked in Arizona During the late 1970s, Chrysler appeared doomed as outdated car designs and a second catastrophic oil crisis caused by Middle Eastern conflict hammered sales. Chrysler had some successful economy cars made by Mitsubishi or based on Simca designs, but the need for an efficient, modern front-wheel-drive platform grew desperate. After a government bailout in 1979 bought some time, CEO Lee Iacocca masterminded the creation of the all-new K Platform, which hit showrooms for the 1981 model year. The first two K-Cars, the Plymouth Reliant and Dodge Aries, were big sales successes, and Chrysler went on building vehicles based on the platform through 1995. Here's an example of the later Aries wagon, found in a Phoenix self-service wrecking yard. 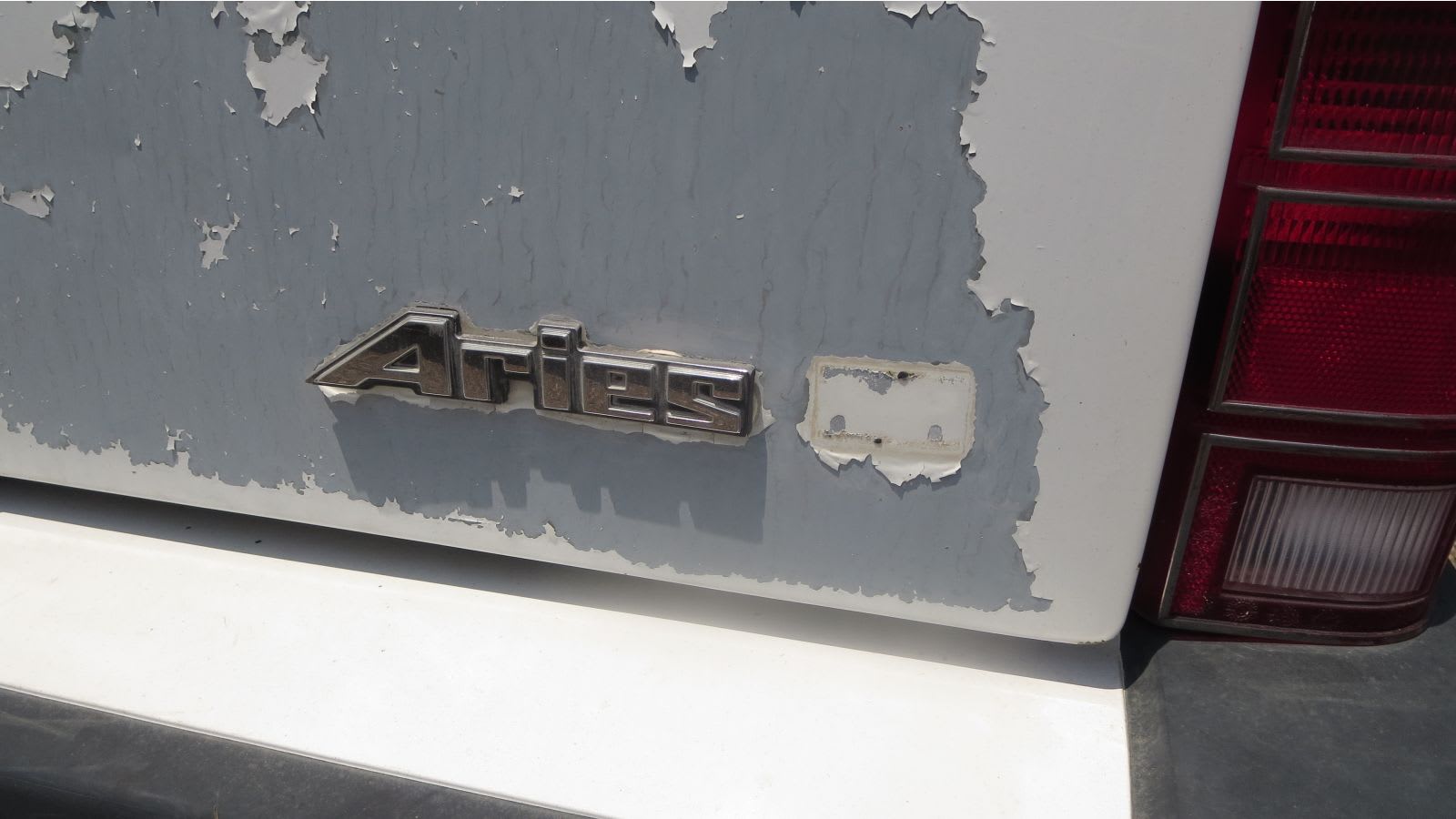 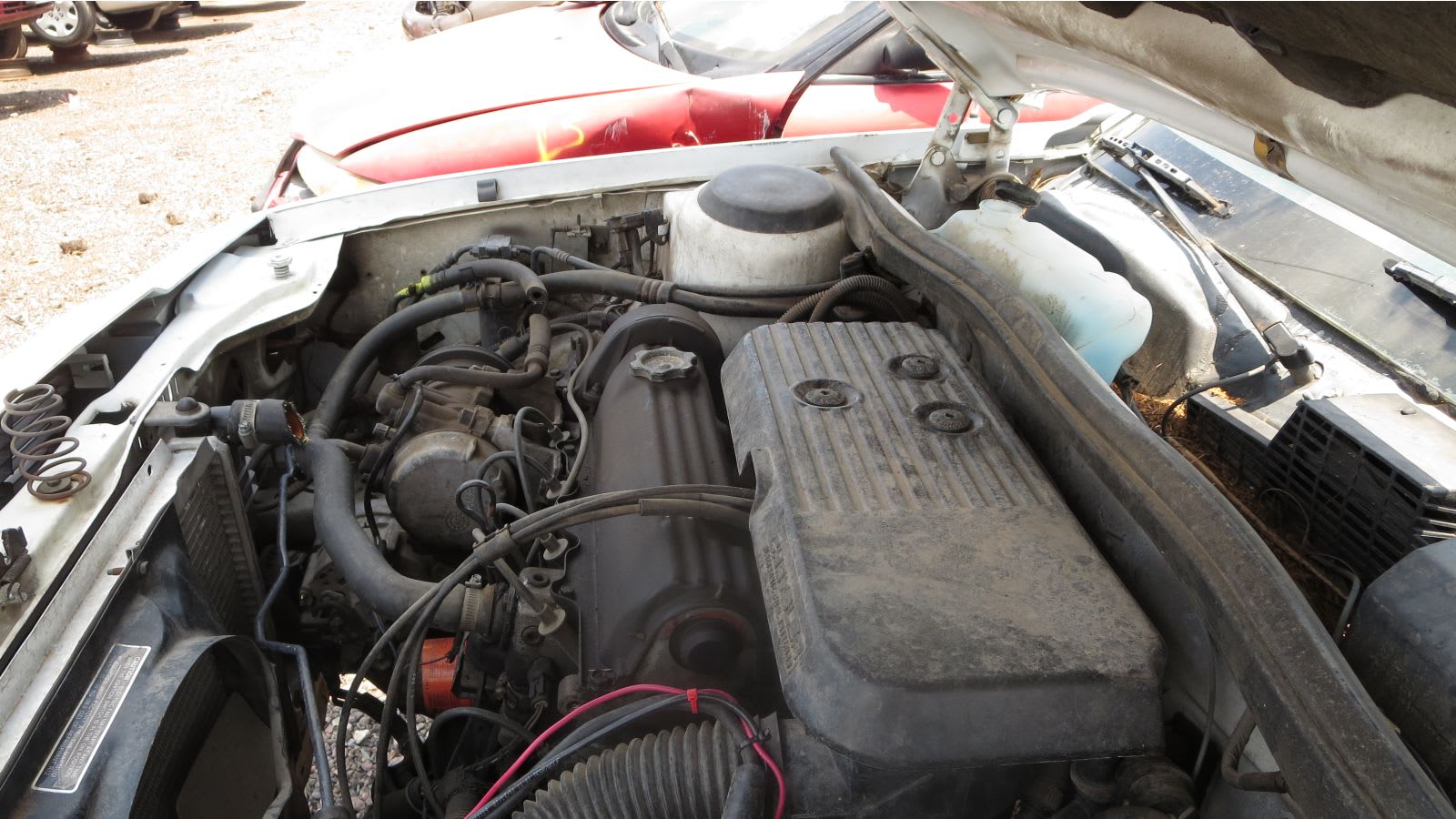 The early K-Cars could be purchased with optional Mitsubishi Astron 2.6-liter four-cylinder (complete with "HEMI 2.6" badging), but in 1988, the choices were down to a 93-horsepower 2.2-liter Chrysler-built four-cylinder or a 2.5-liter version of the same engine rated at 96 horses and 13 extra pound-feet of torque. This car has the 2.2. 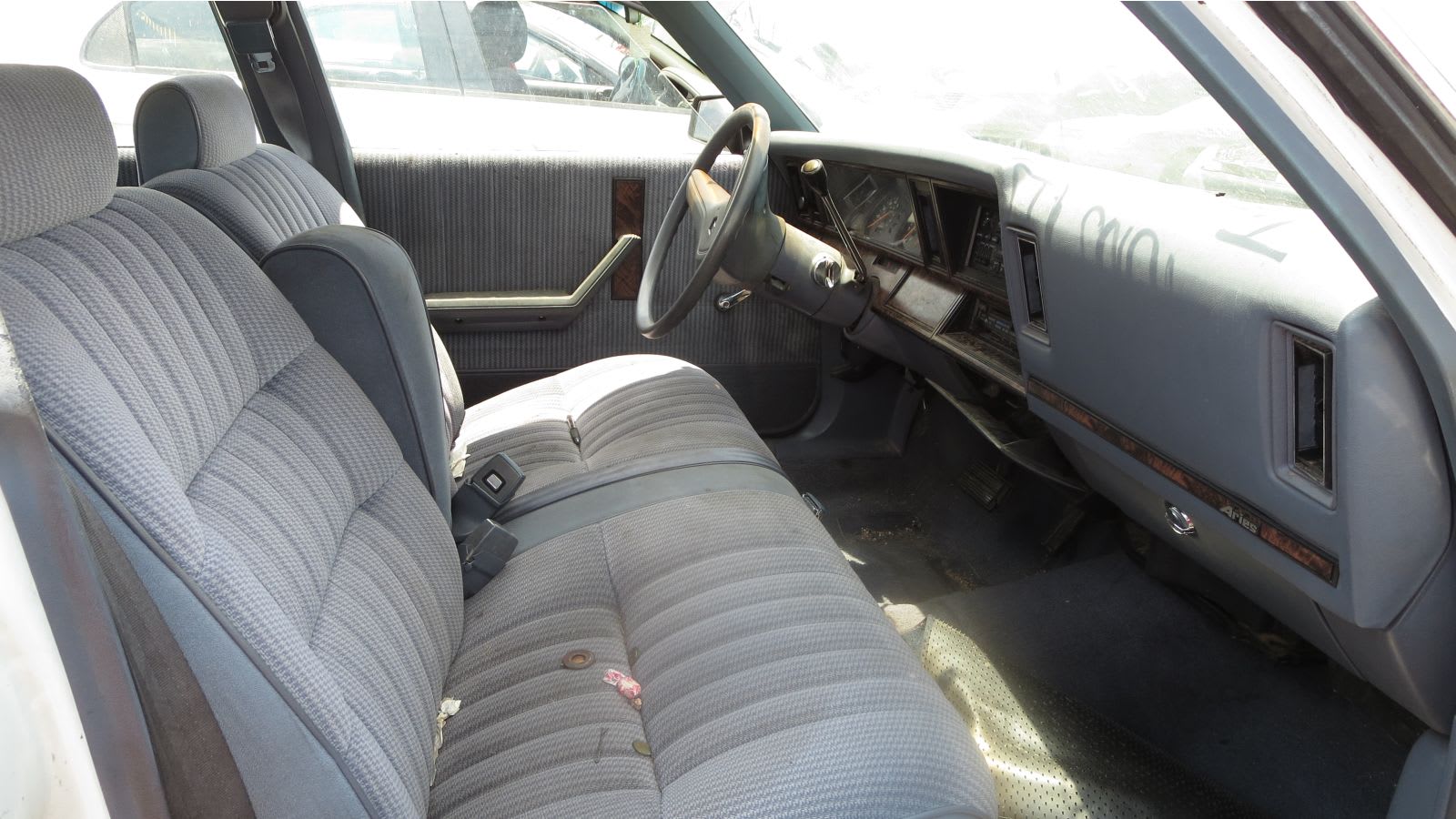 The "America LE" trim level was the only one available for the 1988 Aries, and it resulted in a fairly Spartan car. Tough, scratchy cloth upholstery and lots of hard plastic were the order of the day. 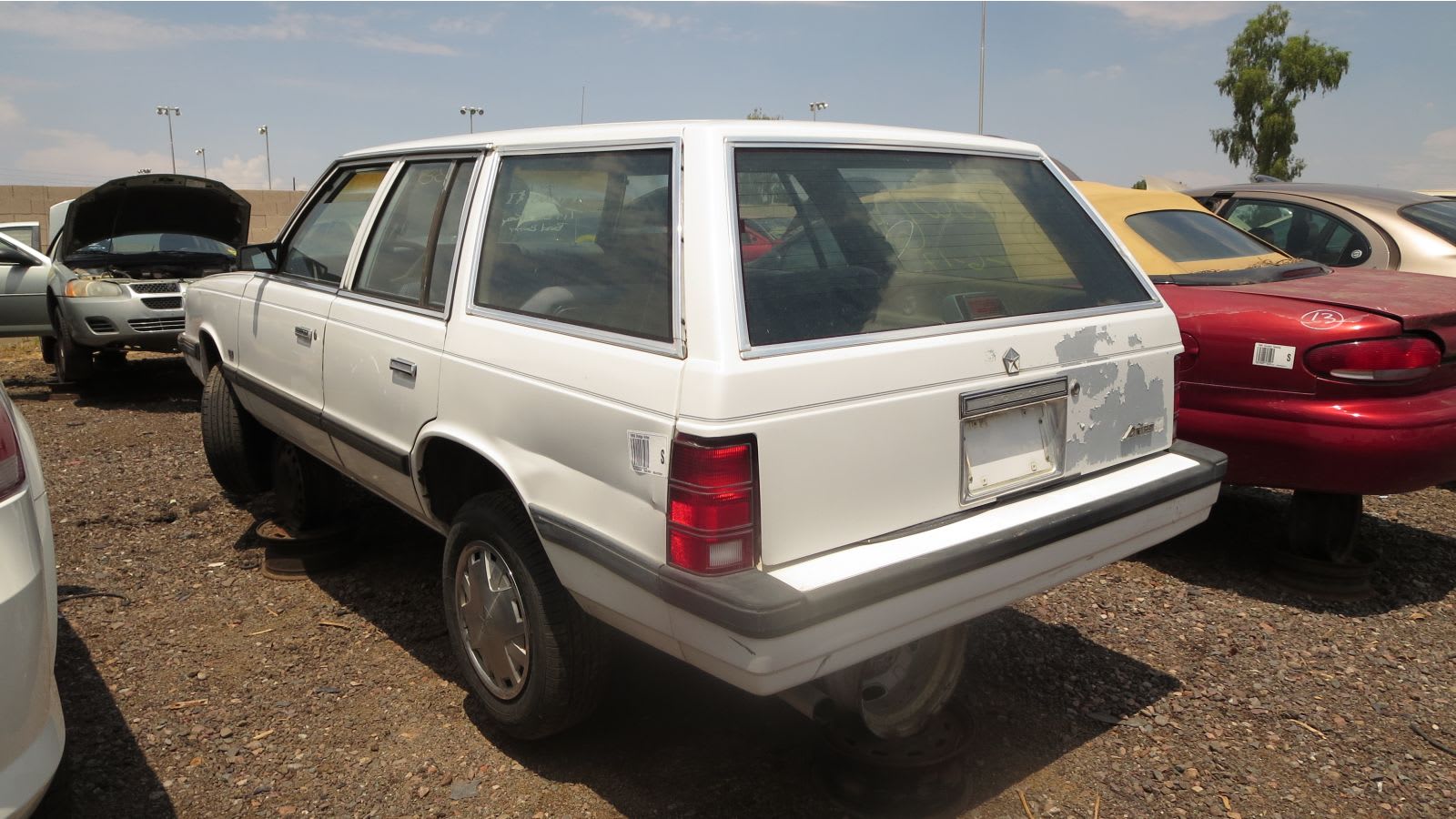 By 1988, the Aries wagon was looking pretty old, but it was a bargain.