The 2019 Chevy Volt and Bolt represent excellence without excitement

There's a lot to love in these cars, so why don't we love them a lot?

Add a Review
Chevrolet is not a brand known for subtlety. It defines its market segment as "America" and its best-selling truck commercials are rife with wind-blown American flags. It once invited us to test drive its new Equinox crossover during the vernal equinox. It named its first plug-in hybrid electric vehicle the Volt, followed with its first battery electric vehicle, the near homophone, Bolt. We had the opportunity recently in the hills of northern Vermont, outside of Burlington, to drive both – mildly refreshed for the 2019 model year – and ponder their unsubtle charms (and unrealized potential).

Chevy produces to the brief. If this means hitting its targets on the nose with a mallet, so be it. Sometimes that's necessary, but doing it well is a bonus. These two vehicles precisely answer all of the questions and concerns customers might have about an electric vehicle, but without necessarily coalescing into something eminently desirable, an emotion that drives most car purchases. The improvements for 2019 are more the former and less the latter.

To wit, the Volt can traverse, on battery power alone, the distance that the great majority of Americans commute each day. It is specifically designed to do just that, depleting its 18.4 kWh lithium-ion cells fully, with a maximum range of 53 miles, before ever engaging the motor. That's even if it means draining it rapidly during a long, uphill freeway-speed slog as we experienced in the Green Mountain State. (We managed under 35 miles on our charge.) So committed is Chevrolet to maintaining EV-only power that, for 2019, it has updated the Volt's heating system so that, even in cold weather, the internally combusting lump up front will not turn on to rapidly warm the cabin like it used to, unless the temperature dips below 13 degrees Fahrenheit. A Chevy engineer told us that this change — along with others that increase energy regeneration on throttle lift and provide the capability for 7.2 kW charging, which can halve charging time — was implemented based on consumer feedback. As were changes that update the infotainment screen, particularly the "impacts" screen that demonstrates how one's use of various features in the car like heating, air conditioning, and charging ports deduct from one's range, now calculated in list miles.

These minor changes echo similar tweaks made to the Bolt. Based on consumer input, that vehicle is now available with tweaked climate controls, a charging limiter that can be selected to provide from 40 percent to 90 percent of a full charge when plugged in, and a feature that will prevent your car from rolling away when you unbuckle your seatbelt to reach for your wallet while traversing a restaurant drive-thru.

While these changes are in response to actual issues related to the product development team by actual consumers, there is something about their eerie specificity. It seems that Chevy is paying too much attention to the needs of current owners, rather than furthering the broader mission of these vehicles: to disseminate EVs beyond early adopters, to address charging infrastructure, and to counter misinformation about range and use.

Perhaps, even, to create vehicles that fit squarely in the top categories in which consumers are interested. At the moment, that does not include compact sedans or small hatchbacks. Chevy sells an awful lot of trucks and crossovers. Maybe they should consider electrifying one of those? 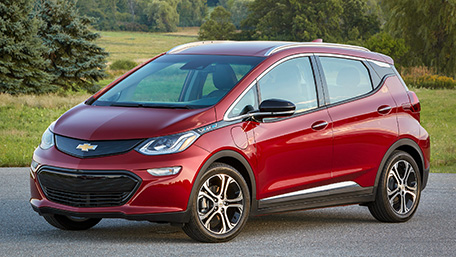 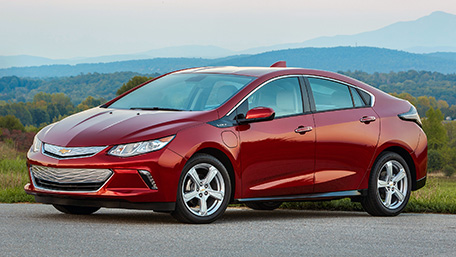 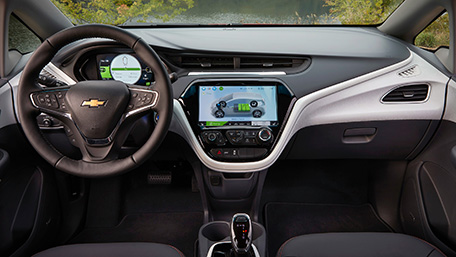 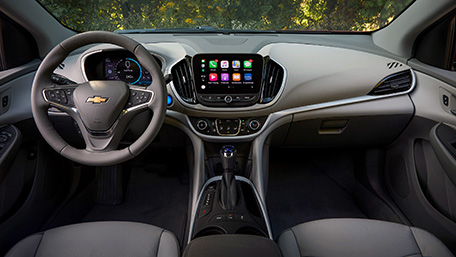 This is not to say that these vehicles are not competent. The Volt is a daily use EV that eliminates range anxiety with an onboard gasoline charger. It is smooth and silent in its operation, so long as the tiny engine does not start. It has an anodyne if capacious fastback shape. It is seamless in its operation. Similarly, the Bolt is a potent EV that eliminates range anxiety with a 238-mile capability on a single charge. It accelerates from 0-60 as quickly as an Aston Martin DB4 GT (6.5 seconds). It has a wildly flexible interior for something as small as it appears from the outside.

Even in the mountains, even headed straight uphill into the cloud zone, the cars tug as if hoisted by the cable of some unseen funicular. Torque is the push we feel in both instances — in the case of the Bolt, 266 lb-ft worth, in the Volt, 294 lb-ft — but as front drivers we feel more pull. Especially under hard acceleration, where both cars demonstrate torque steer.

But these are not performance vehicles. If you drive these cars as they're meant to, they reward you with an almost isolated (and isolating) ease. Wrapped in their cocoon of soundproofing to insulate you from the tire slap and mirror howl made more apparent by the lack of an engine's white-noise-making capability, they provide a slight uncanniness. Especially with the adaptive cruise control now available in both models, the question arises, far more than even in other contemporary vehicles: Who is driving and what is being driven? This is not a bad thing. It's just futuristic (still), and the future is always weird.

But none of this answers any questions that were not posed in the brief, like: What if this were fun to drive? What if this looked appealing instead of functional? What if we added joy or excitement or delight?

Sales of the Volt were down by about 20 percent last year, and continue to fall so far this year. Sales of the Bolt are up slightly over last year. Both were outselling the Nissan Leaf, but the Honda Clarity family of plug-in hybrid, fuel cell, and battery-electric vehicles, which sort of splits the difference between the Bolt and Volt in terms of range and approach, is running neck-and-neck with both. As the field of available EVs diversifies, it will be interesting to see how this changes and where the big wins take place.

We were expecting more from the Bolt/Volt pair this model year, maybe too much given that it isn't quite time for a mid-cycle refresh on either, and that neither exists in a category known for offering more. But, if you are a current Chevrolet EV owner, and you're having some arcane issue with your car, now is the time to speak up. It is clear that the bowtie brand is listening.