Not road legal? Bah, I'd just buy San Monique or Isthmus City while I'm at it Funniest damn thing happened today. Turns out my grandfather invested in what he thought was a fruit company in the early 1980s, and 35 years later, we just discovered the Riswicks are all now multi-millionaires. That farmer Jobs guy really knew his orchard.

So, what to do with my $3.6 million share. What's that you say? Aston Martin has announced it will be producing 28 new "continuation" 1964 DB5's, all in Silver Birch, and all packing vintage Q Brand gadgets from Goldfinger? Oh, well all of the money will be going to that, then.

Now, Mr. Okulski over at the Road & Track would argue that the continuation James Bond DB5 has "killed nostalgia." He says that "it feels wrong," that Aston Martin is doing too much good stuff at the moment to resort to such nostalgia plays. Especially when you cannot drive the continuation DB5 on the road.

That's right, every one of them is not road legal. In this country, or any other that you'd realistically want to drive a DB5. I reached out to Aston Martin to confirm why this is, and indeed, governments the world over frown upon any vehicle that possesses spinning tire shredders that extend out from the wheel hubs. Not to mention oil slicks, rotating number plates and the rest of the gadgets to be installed over the course of the estimated 3,000-hour build by the team headed by current Bond special effect guru Chris Corbould. Hmm, no kidding. Even without the guns and ejector seat, trying to make it road legal would be completely and unrealistically complex.

In other words, if a DB5 with all the gadgets is to exist, it can't drive on public roads. And if you want a "new" 1964 DB5, don't you automatically want it in Silver Birch and packed with James Bond gadgets? Yes, you damn well do. I know this, because if I could outfit my BMW Z3 in Atlanta Blue with stinger missiles, a parachute and "all-points radar," I damn well would. I absolutely, 100 percent own my car because of nostalgia for GoldenEye, and I won't apologize for it. The Tina Turner theme song is cued up on the iPod. 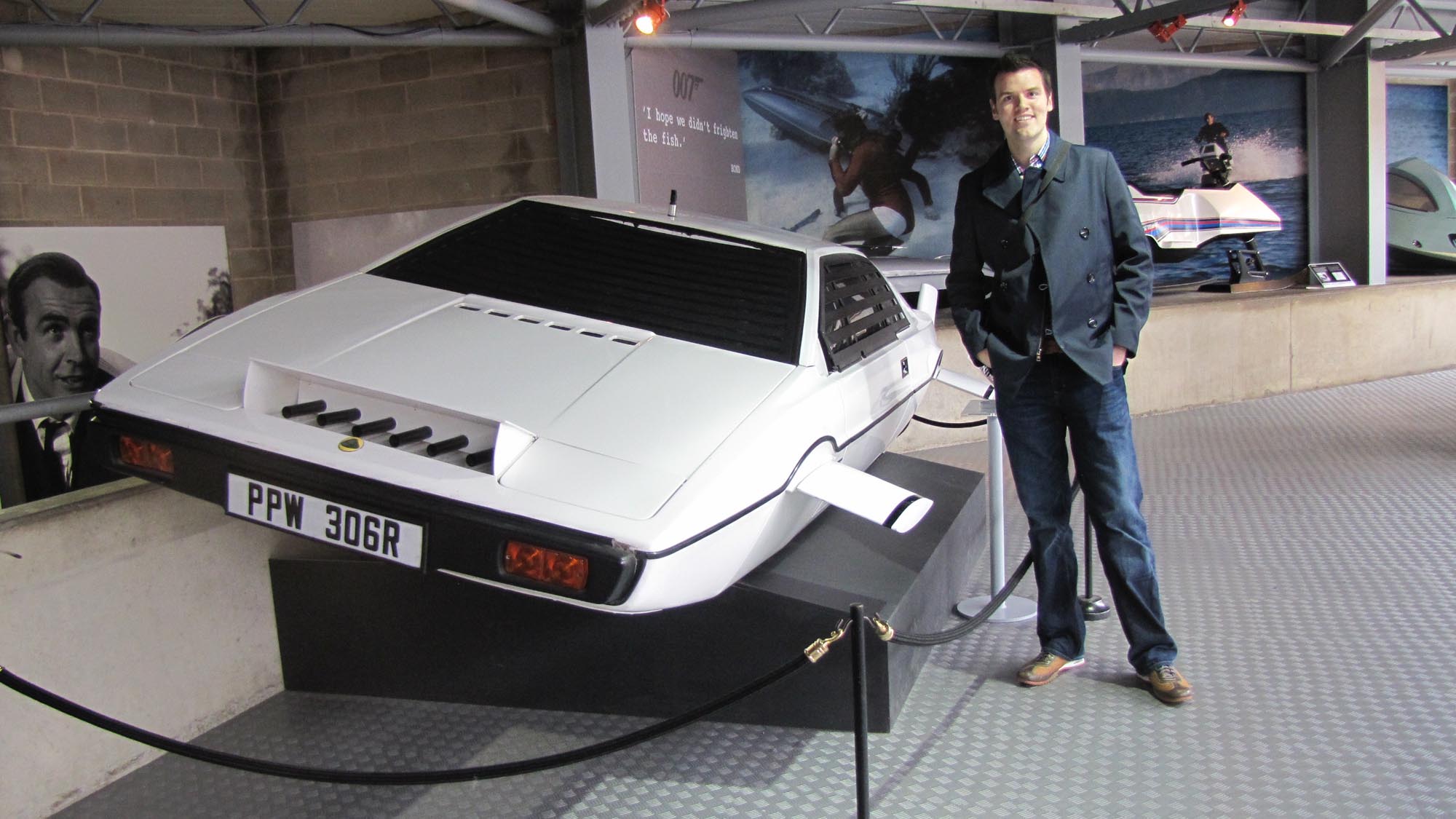 Now, I must admit that the DB5's road illegality is lame. But let's dig deeper. First, let's face the fact that most multimillion-dollar collector cars are driven less than the potted plants in my living room. They could all be road illegal and it wouldn't matter. If they're lucky, they're trailered to a golf course somewhere and driven slowly around the 18th fairway by a man in a jaunty hat.

Putting that sad reality aside for a moment, however, let's assume for arguments' sake that a continuation DB5 buyer would be like me and would actually want to drive their new toy. Well, as they had $3.6 million on hand to fritter away on anything, it's a safe assumption they'd also have more than enough left over to figure out a way to drive it somewhere. You know, like the entire Pinewood Studios backlot they rented for the day. Or the sprawling country estate they probably own. Or the Caribbean island they donated a hospital to. I mean, haven't we learned by now that extremely rich people can get anything they damn well want?

Well they do, and if I were one of them, Aston Martin would've gotten a very different e-mail from me three hours ago.