Pontiac's supercharged hot rod from the turn of the century

For General Motors, the W platform just kept giving and giving and giving for decade after decade, serving as the basis of Buick Regals, Oldsmobile Intrigues, Chevrolet Monte Carlos, and many, many more models. The final and most powerful Pontiac W-Body, the sixth-generation Grand Prix GTP, rolled off assembly lines for the 1997 through 2003 model years. Here's one in a Northern California self-service wrecking yard. 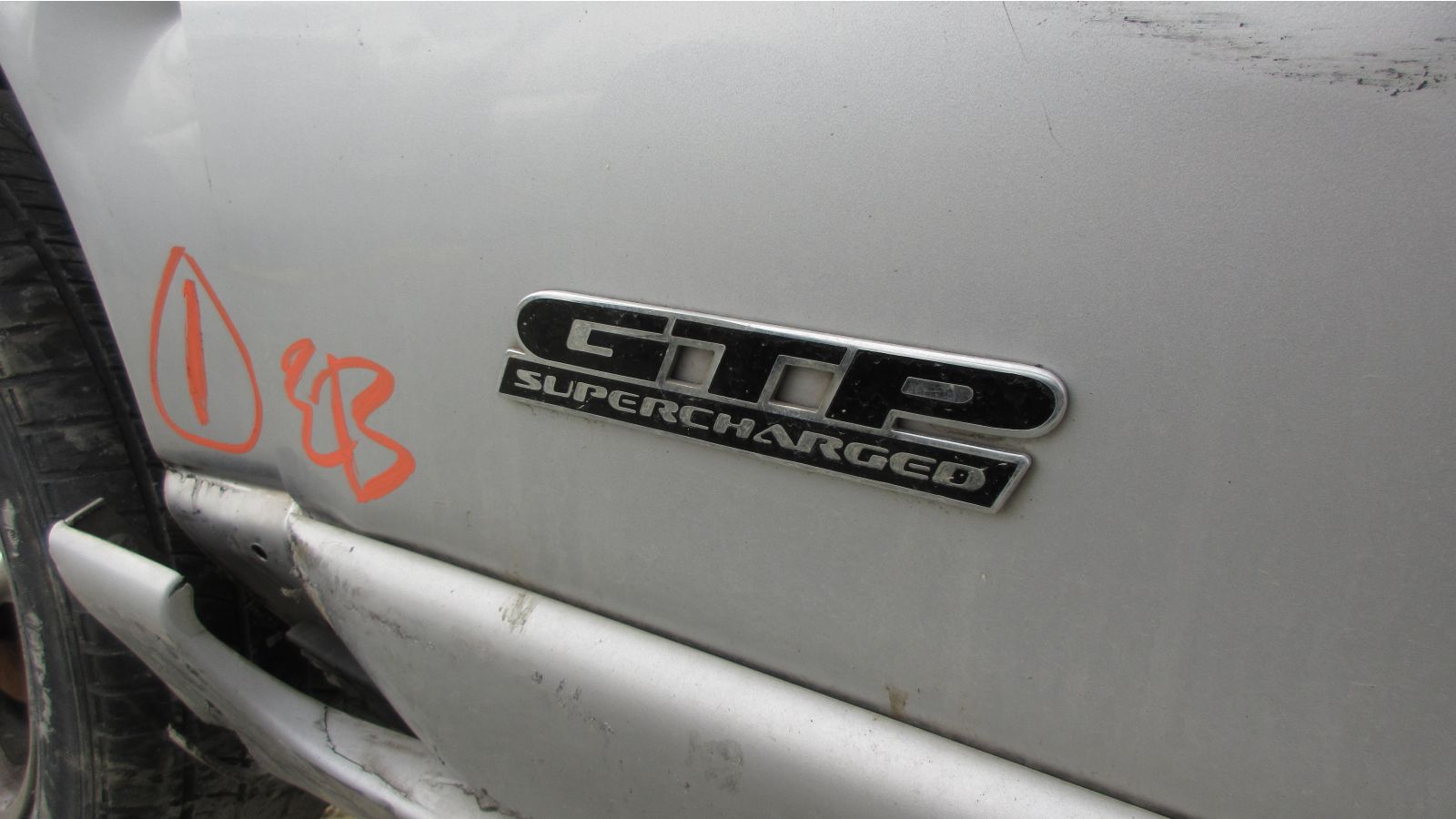 GM bolted the supercharged 3800 V6 into vast numbers of cars during this era, providing a deep reservoir of cheap blowers for unwise high-boost projects. 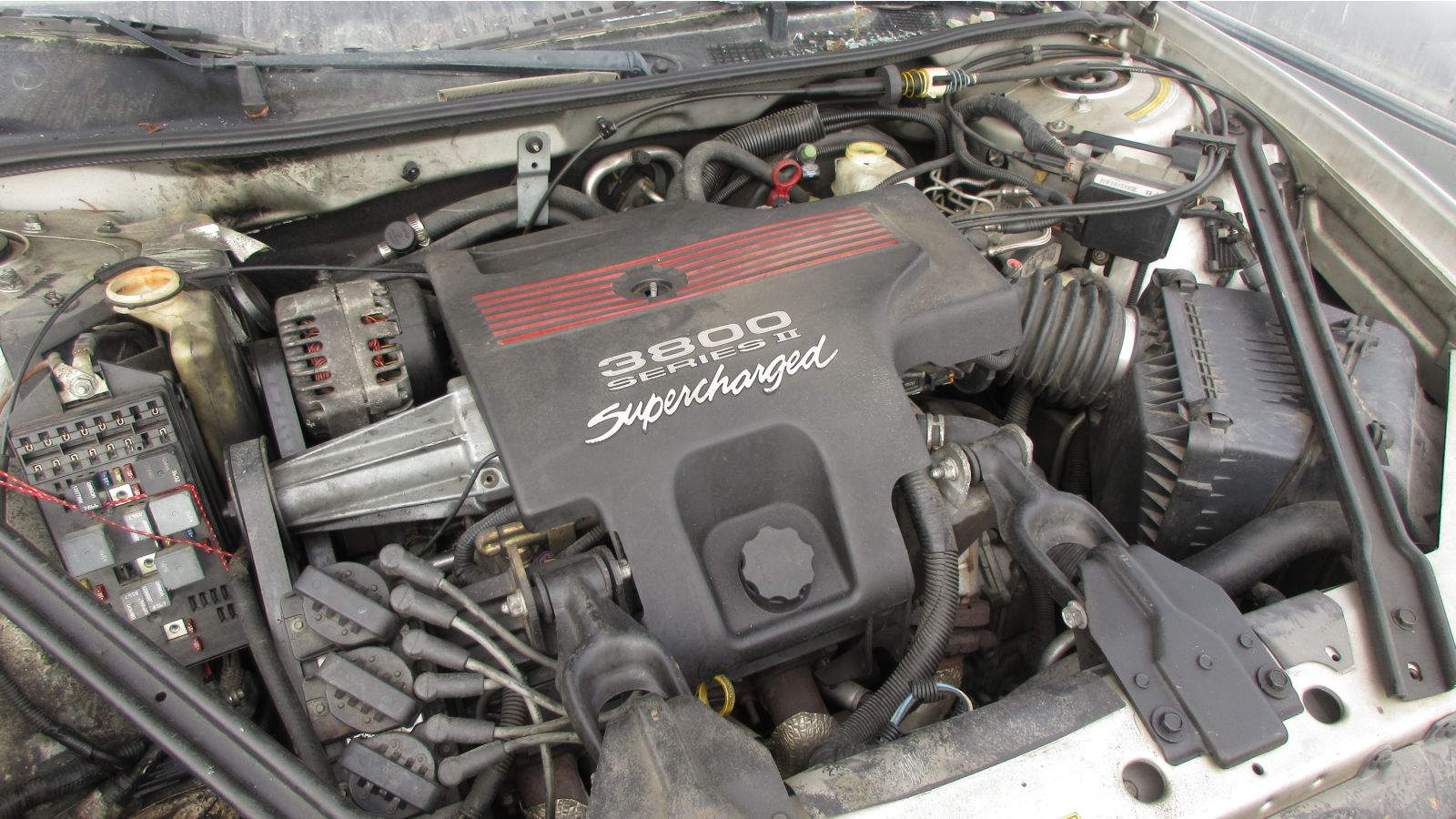 240 front-tire-charring horses, complete with a Roots-type blower scream from the Eaton supercharger under the hood. I see plenty of blown 3800s during my junkyard travels, from the Bonneville SSEi to the Oldsmobile LSS. 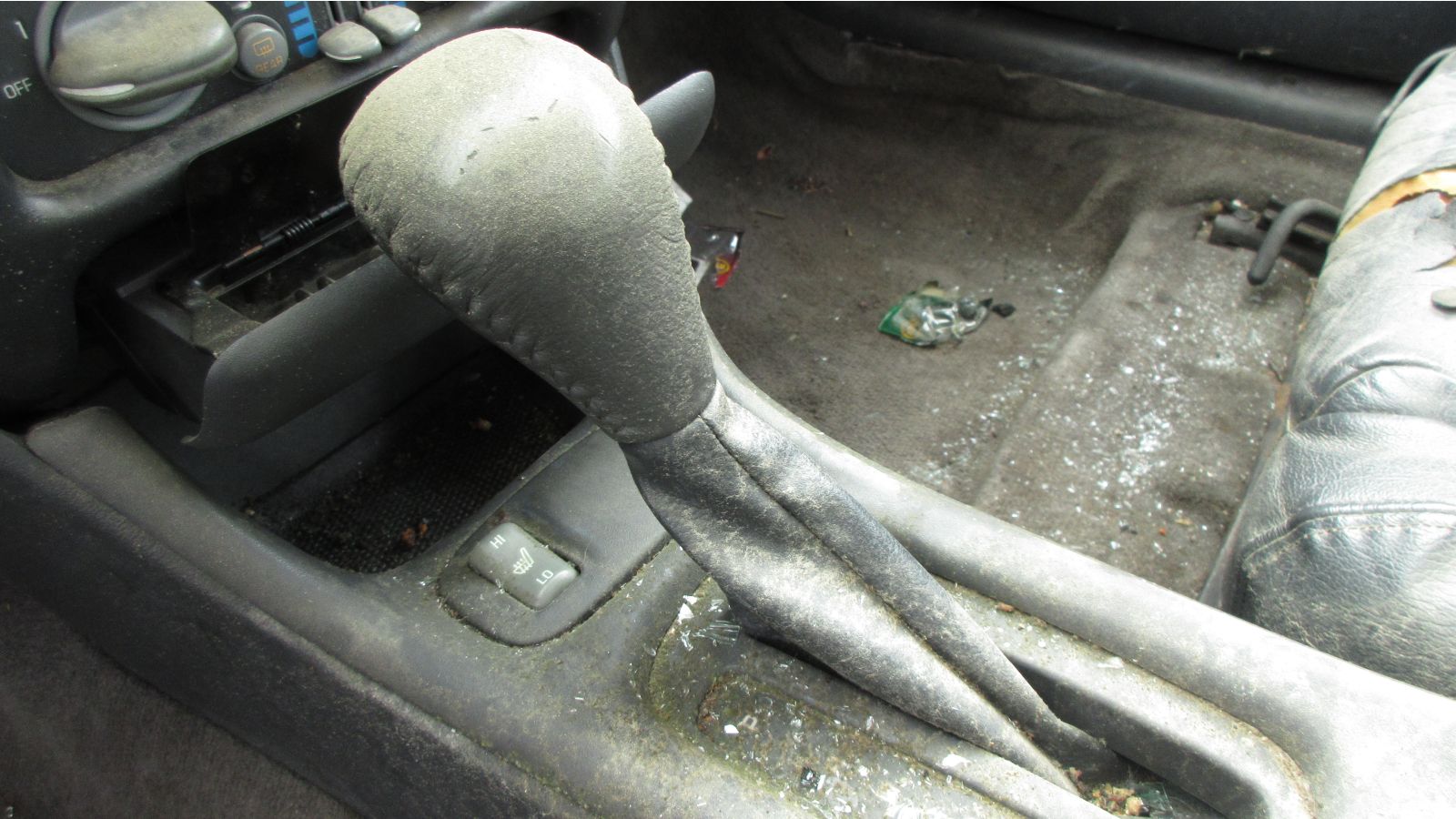 Depressingly, GM stopped putting manual transmissions in the Grand Prix during the 1993 model year, so '01 GTP owners had to take the four-speed slushbox. 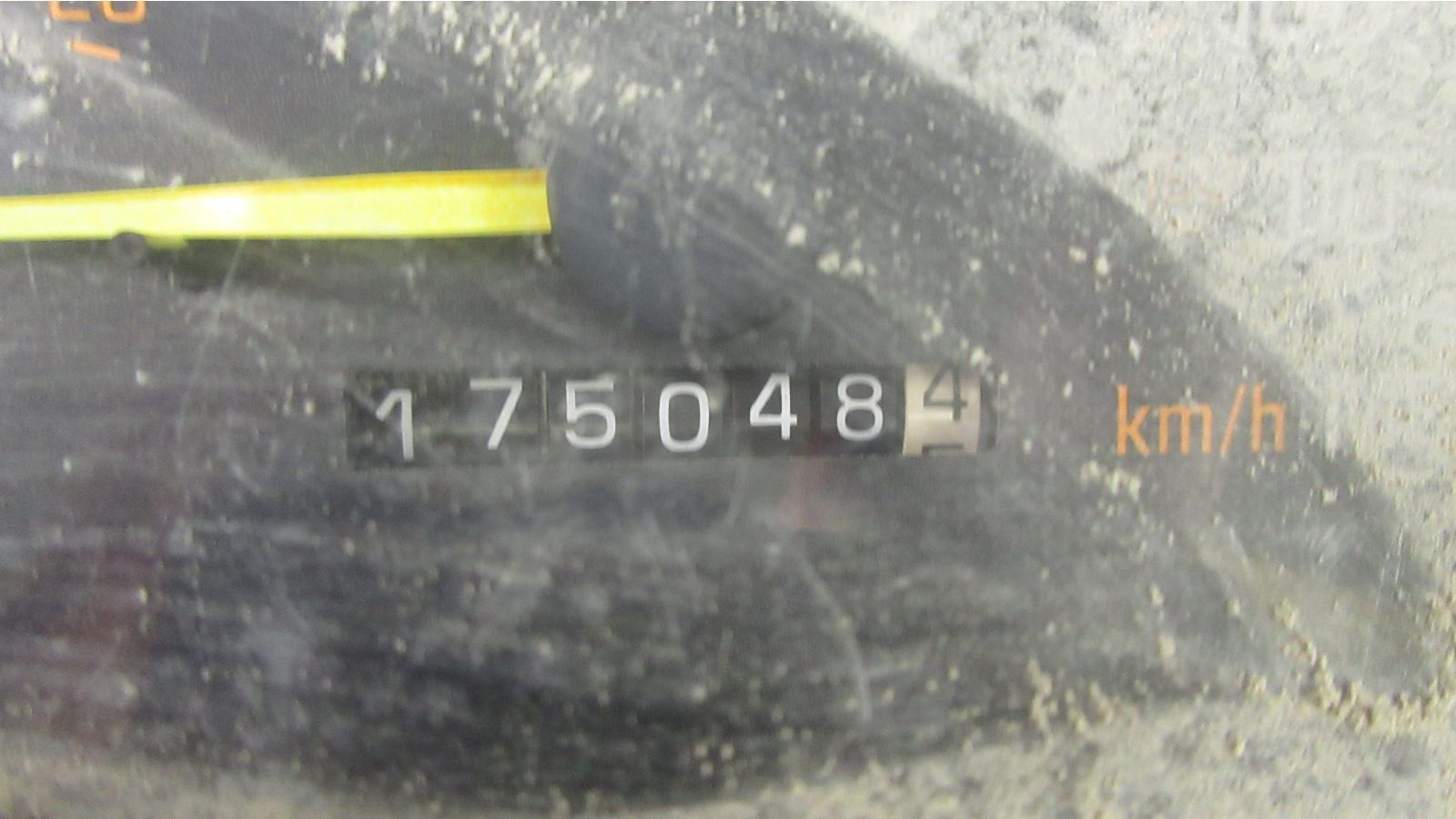 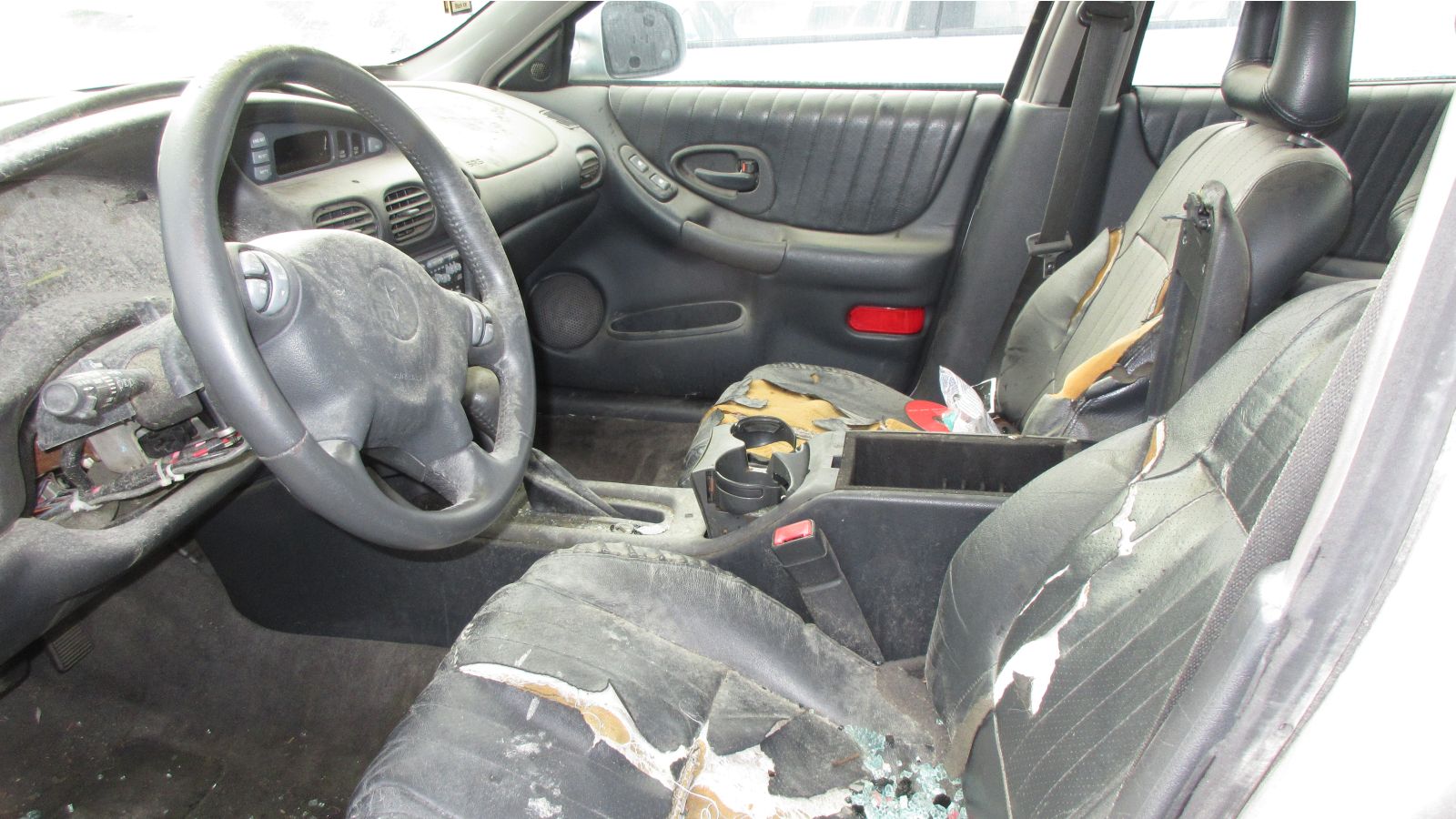 The interior took a beating during its life, ending its time on the road with shredded upholstery and dirty panels. 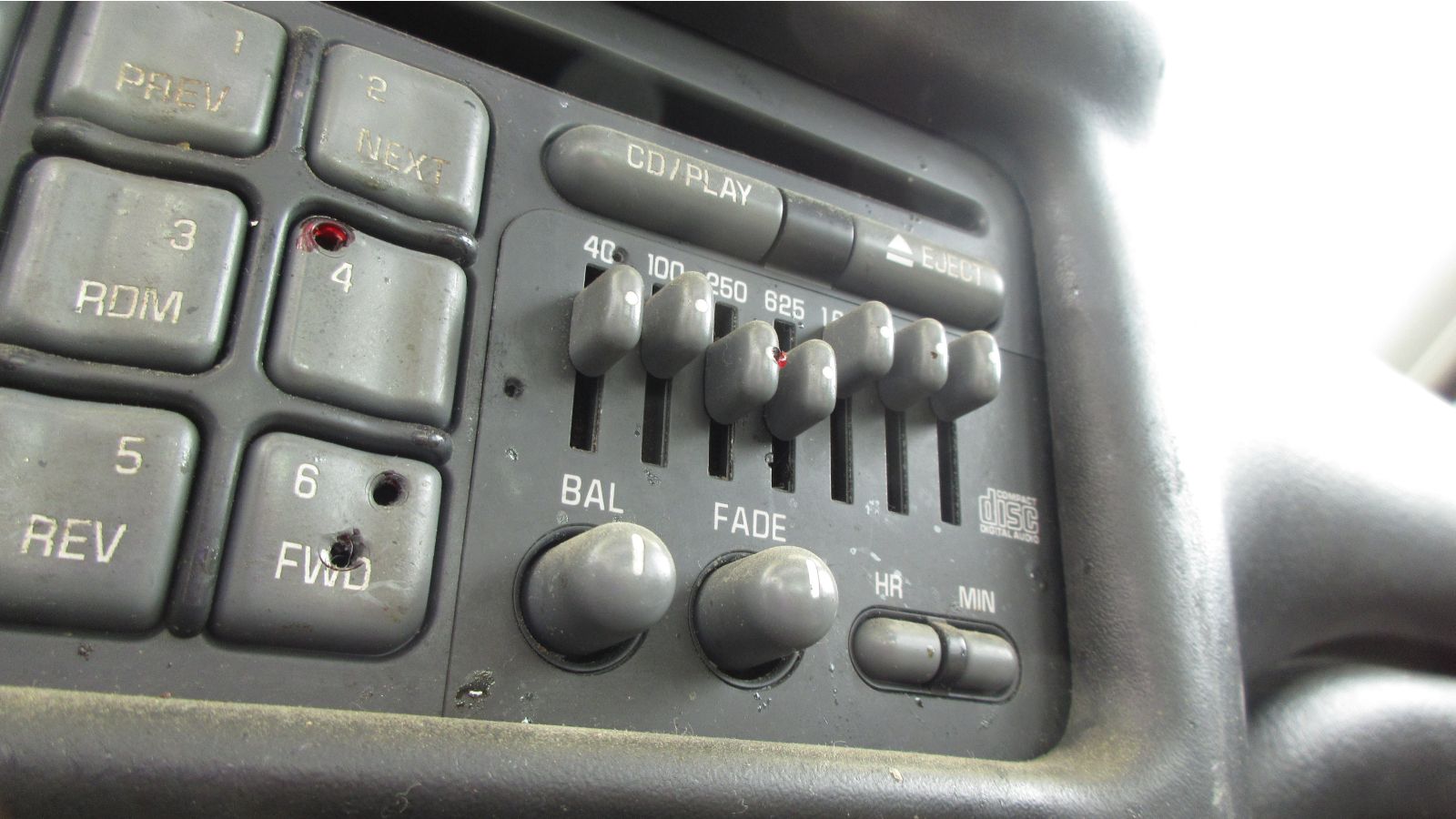 Seven-band graphic equalizers were all the rage during the 1980s, but GM kept the tradition alive into our current century.

Grips the pavement like ... a shopping cart on wet linoleum?