Complete with 180 hp and a 5-speed manual transmission

GM introduced the N-Body compact platform with the Oldsmobile Calais and Pontiac Grand Am for the 1985 model year and continued building N-based cars through 1998. Most of these cars weren't interesting from an enthusiast standpoint, but a handful rolled off the assembly line with raucous DOHC Oldsmobile Quad 4 engines and manual transmissions, and those cars were plenty of fun. Here's a 1991 Grand Am with that rare setup, photographed in a self-service yard in California's Central Valley. 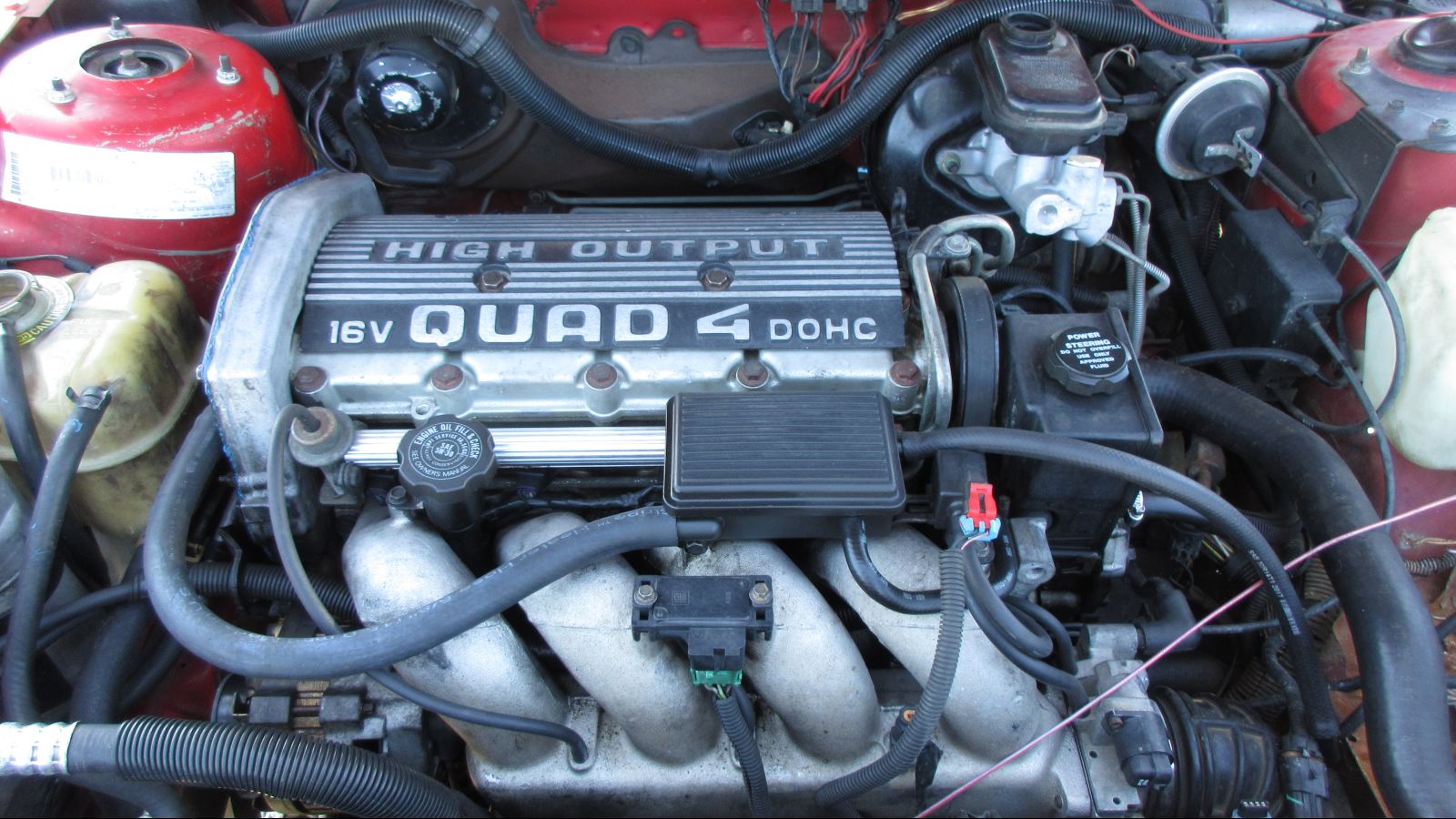 The base engine in the 1991 Grand Am was the 110-horsepower, 2.5-liter pushrod Iron Duke, an engine that might have been fine on a Romanian tractor in 1953 but had no place on an American street car as the 21st century approached. Fortunately, GM started bolting the modern 2.3-liter DOHC Quad 4 engine into 1988 cars, and this was a proper four-cylinder. 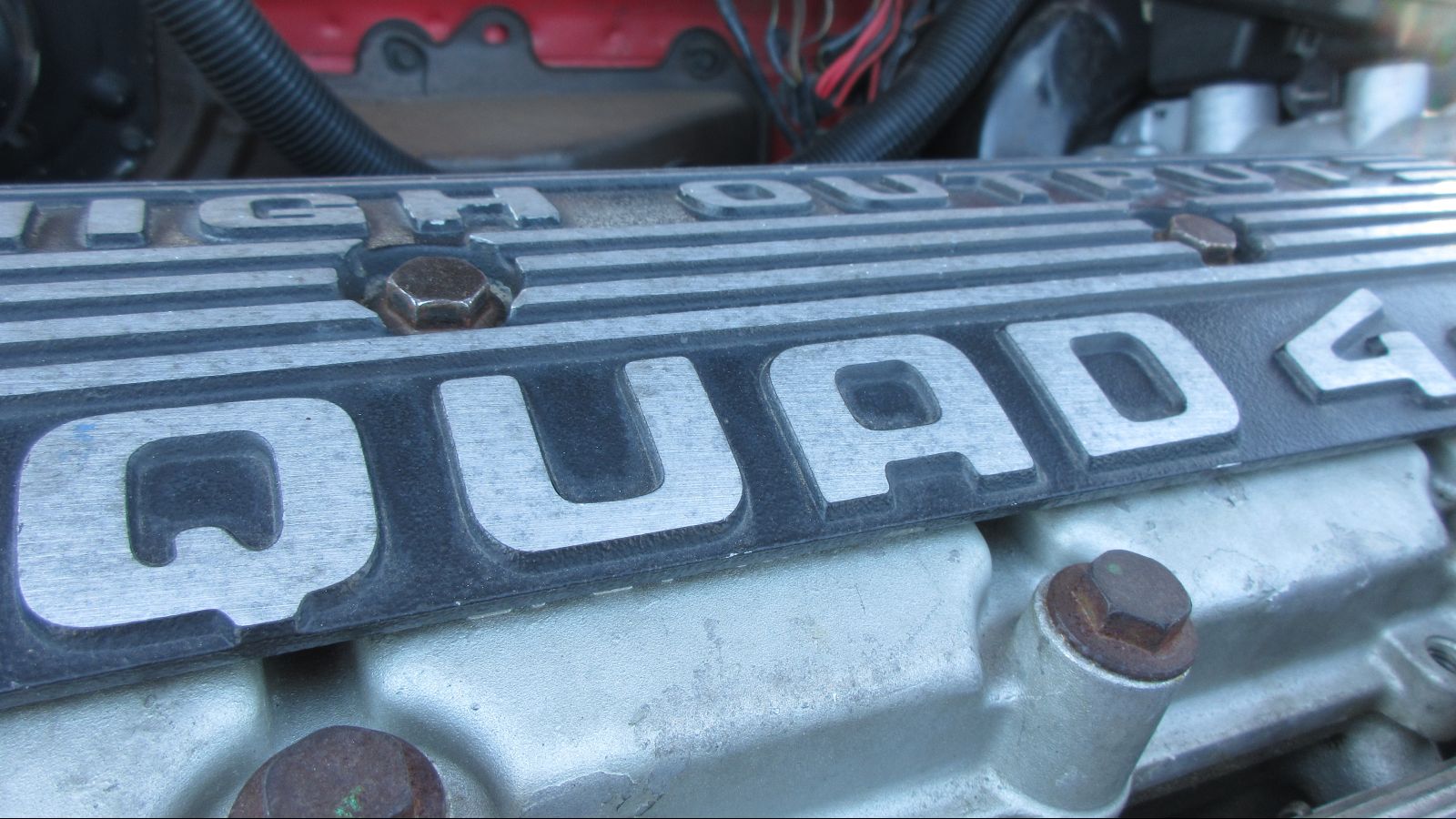 The Quad 4 ran a little rough and uncivilized, and it had its share of reliability problems, but you could rev the piss out of it and it made good power. In 1991, this engine was rated at 180 hp. That made this 2,592-pound sedan pretty quick. 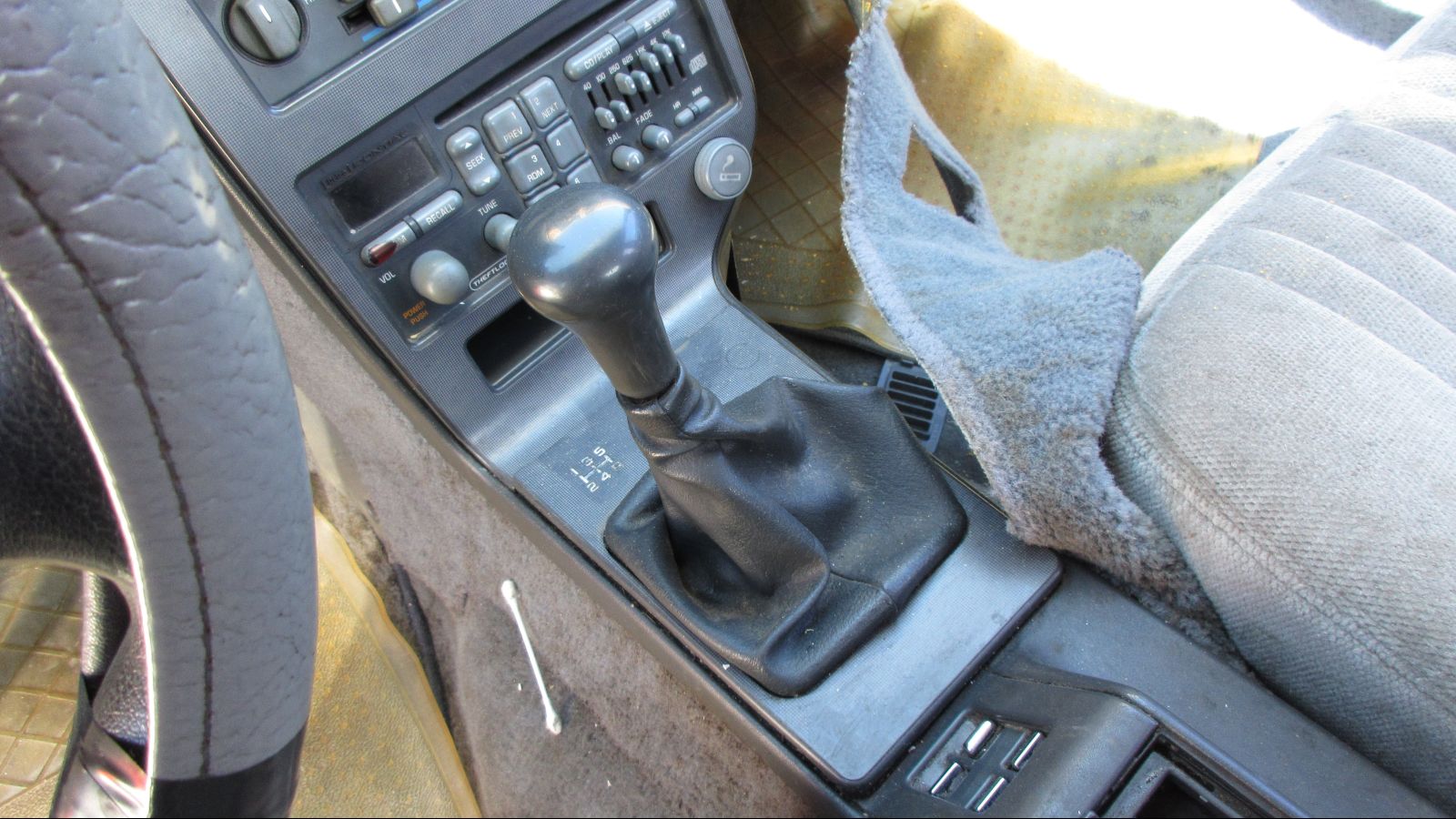 Unfortunately, the slushboxization of America had progressed with depressing rapidity during the 1980s, and by 1991 most Grand Am buyers — even the ones who opted for the Quad 4 — chose the automatic transmission. That didn't happen with this car, though — it boasts a rugged Getrag 5-speed instead of the happiness-amputating three-speed automatic. 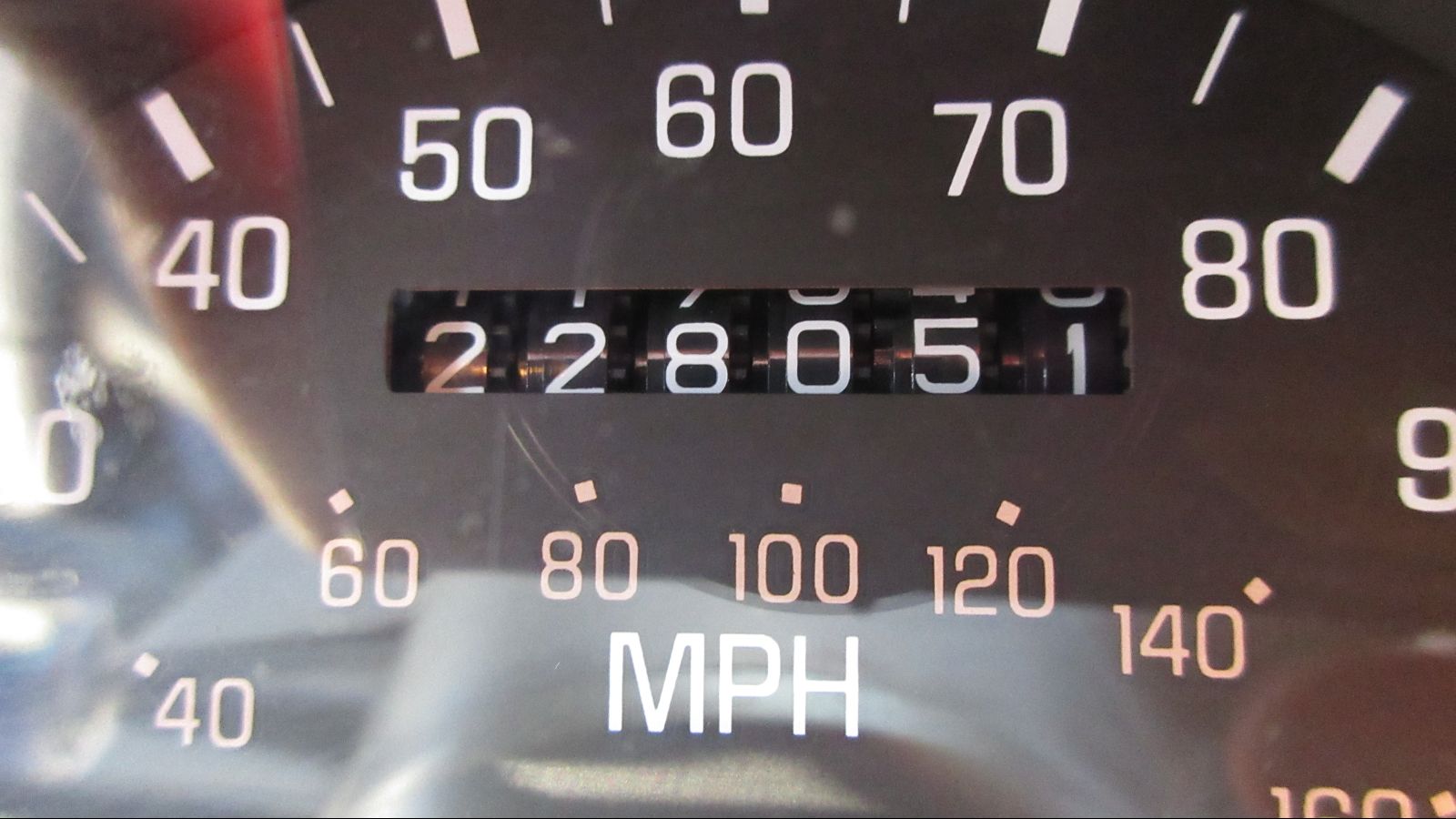 Yes, that's the kind of odometer reading you'd expect to see on an Accord or Maxima from this era. Someone loved this car and took care of it. 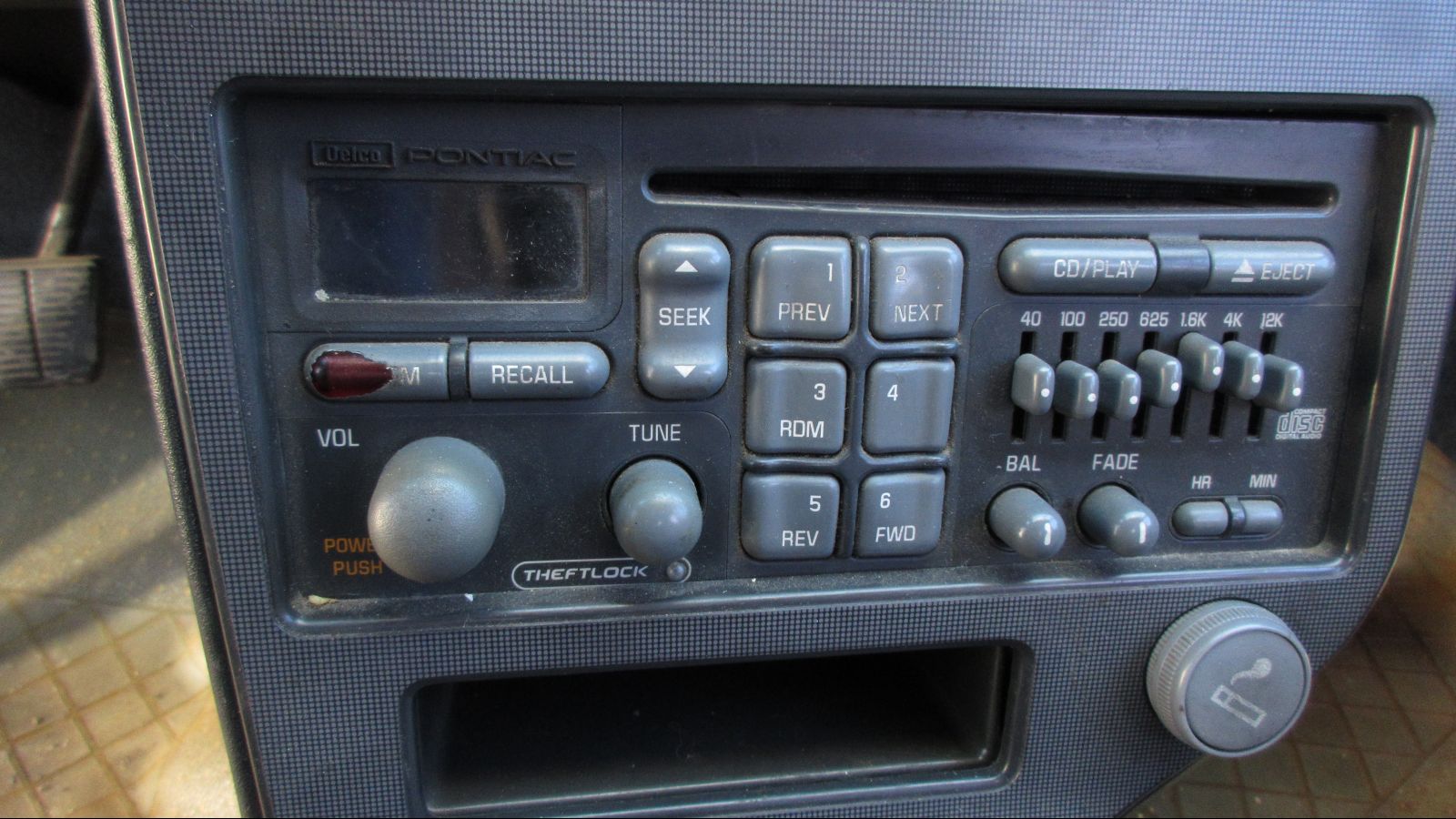 Here we see an interesting mix of 1980s and 1990s car-radio technology. CD players in cars were still costly luxury items in 1991, seldom seen in affordable cars like the Grand Am, while 1980s-style slider-style EQ controls were on the way out. This Delco unit straddles both decades nicely. 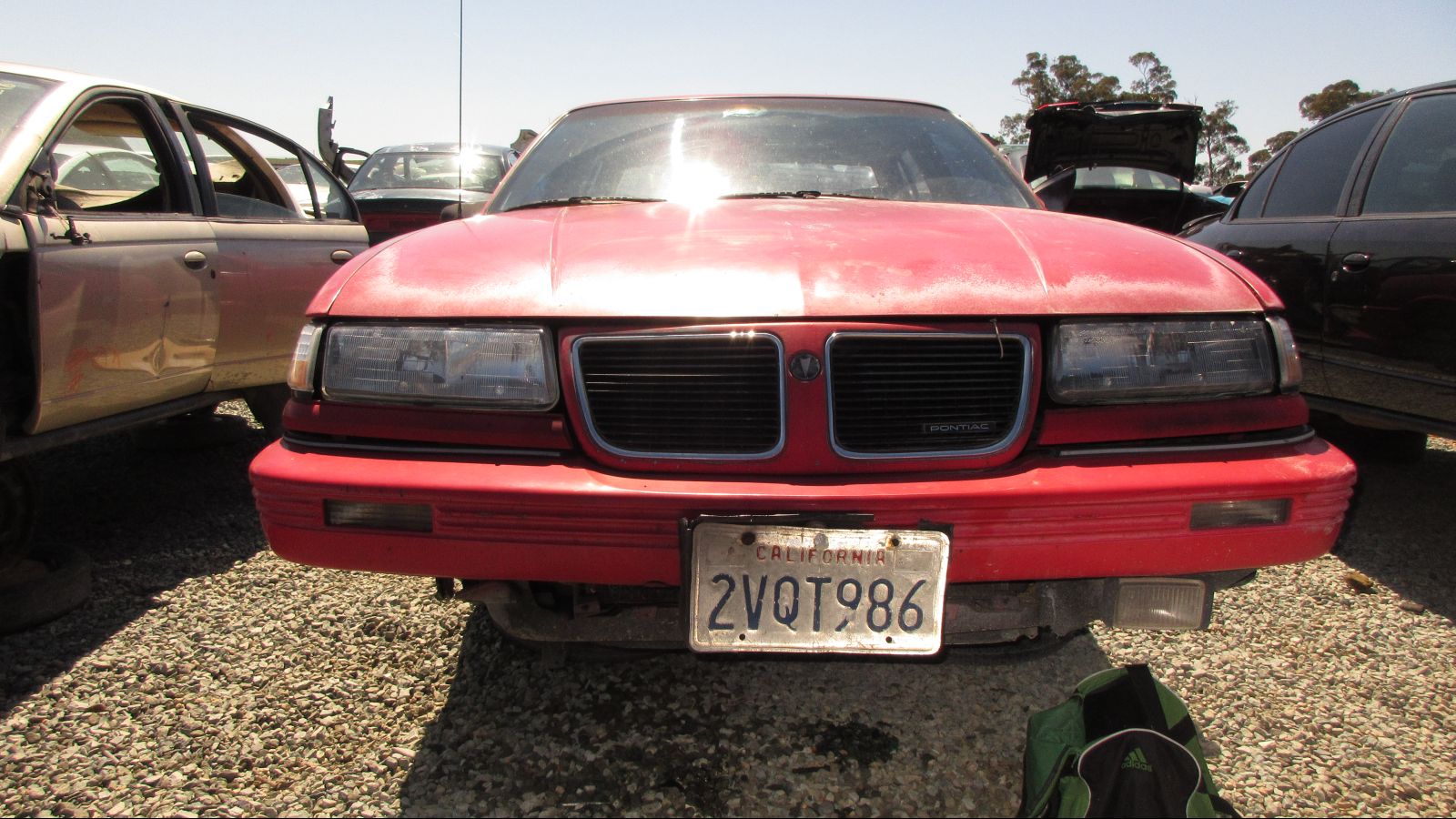 I seek out Quad 4-equipped cars during my junkyard travels, and I have photographed quite a few: this '89 Cutlass Calais, this '90 Cutlass Calais, this '90 Grand Am, this '91 Quad 442, this '93 Achieva SCX, and this '98 Cavalier Z24. It's a shame that Buick never put the Quad 4 in the Reatta, which was a fine car ruined by a somnolent and obsolete V6.

The music in this ad is even more early-1990s than Crystal Pepsi.