When the Toyota Camry shoved aside the Corona in the U.S. market in 1983, a significant minority of these cars rolled out of the showrooms with manual transmissions. When the second-generation Camry showed up in 1988, though, American shoppers made their preference clear: T wo pedals good, three pedals bad! Here's a rare five-speed Camry that beat the odds, found in a Northern California U-Wrench-It wrecking yard. 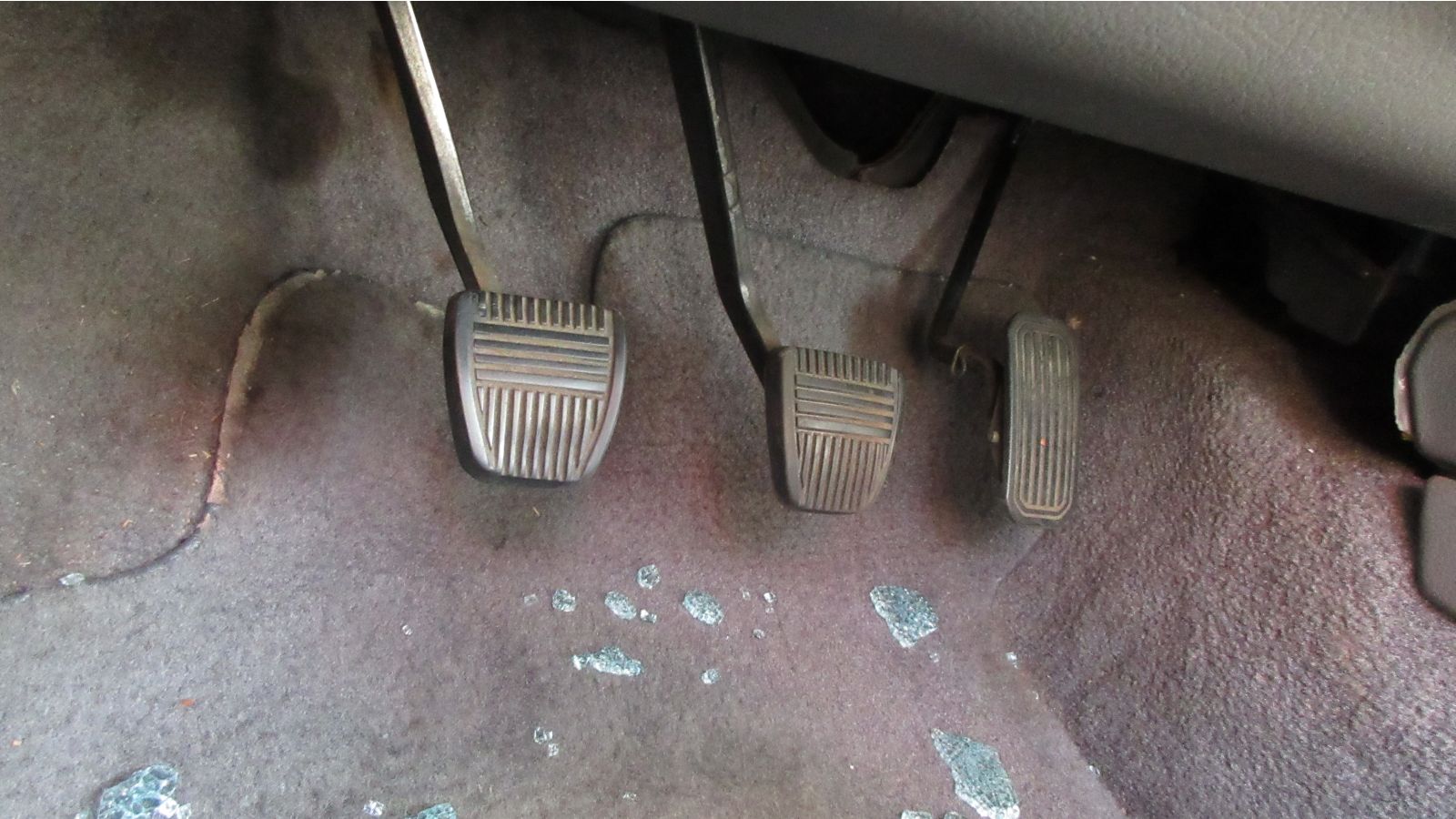 In theory, American Toyota shoppers were able to buy a manual-transmission-equipped Camry for every model year until 2012, when Toyota USA bowed to economic reality and made the car slushbox-only on these shores. In practice, though, nearly all 1988 and later Camry shoppers backed away in horror from the prospect of five- or six-on-the-floor in their cars. 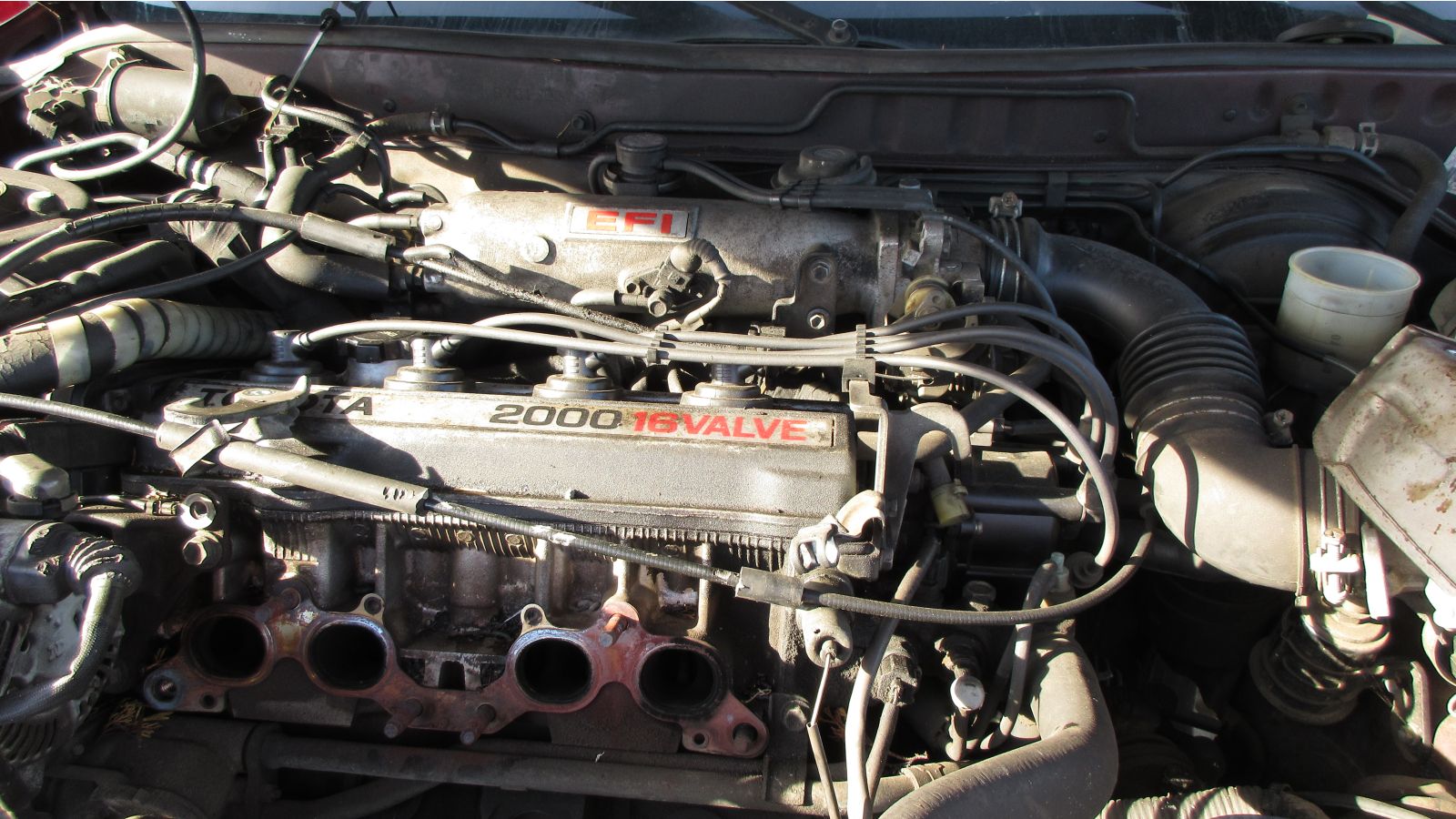 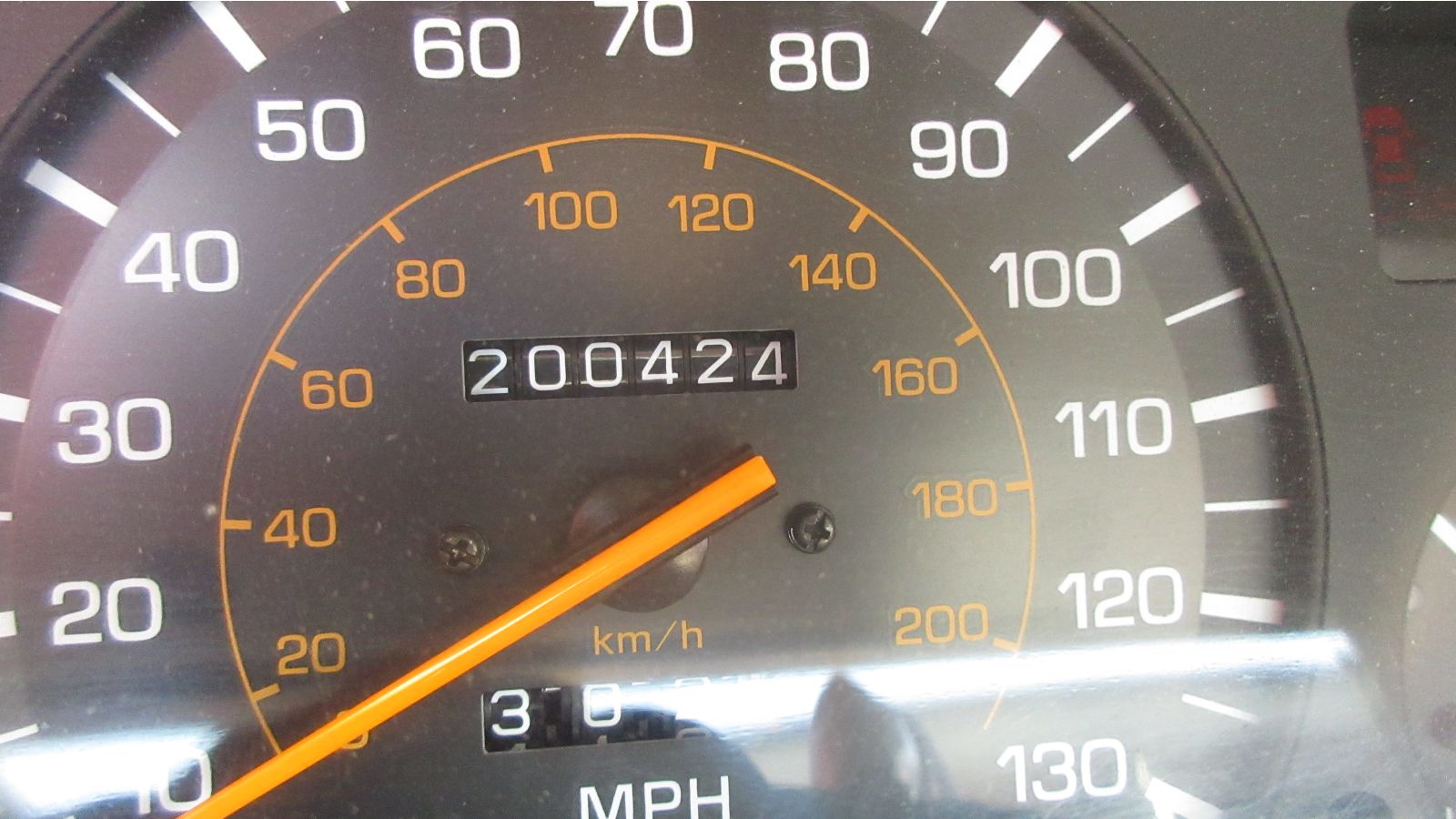 Automatic or not, these cars were astoundingly well-built, and I seldom find a junkyard example with fewer than 150,000 miles; most have reached the 200k figure. 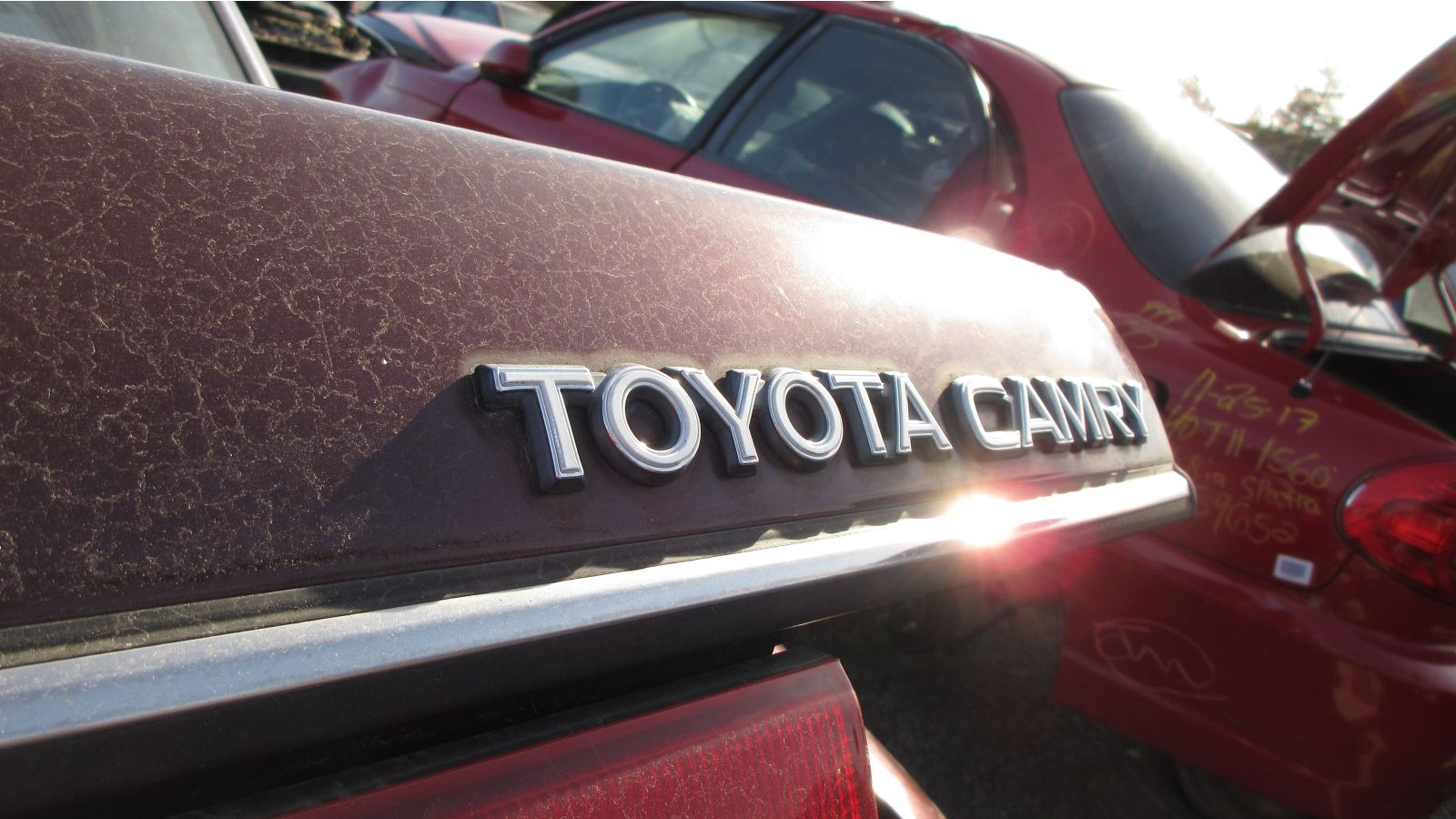 The well-known reliability of these cars keeps their resale value higher than that of most 20-plus-year-old cars (we're talking figures like $1,100 versus $400 here), but most used-car shoppers can't work a stickshift these days, and so a car like this is difficult to sell. That makes The Crusher the likely next stop for a beater like this. 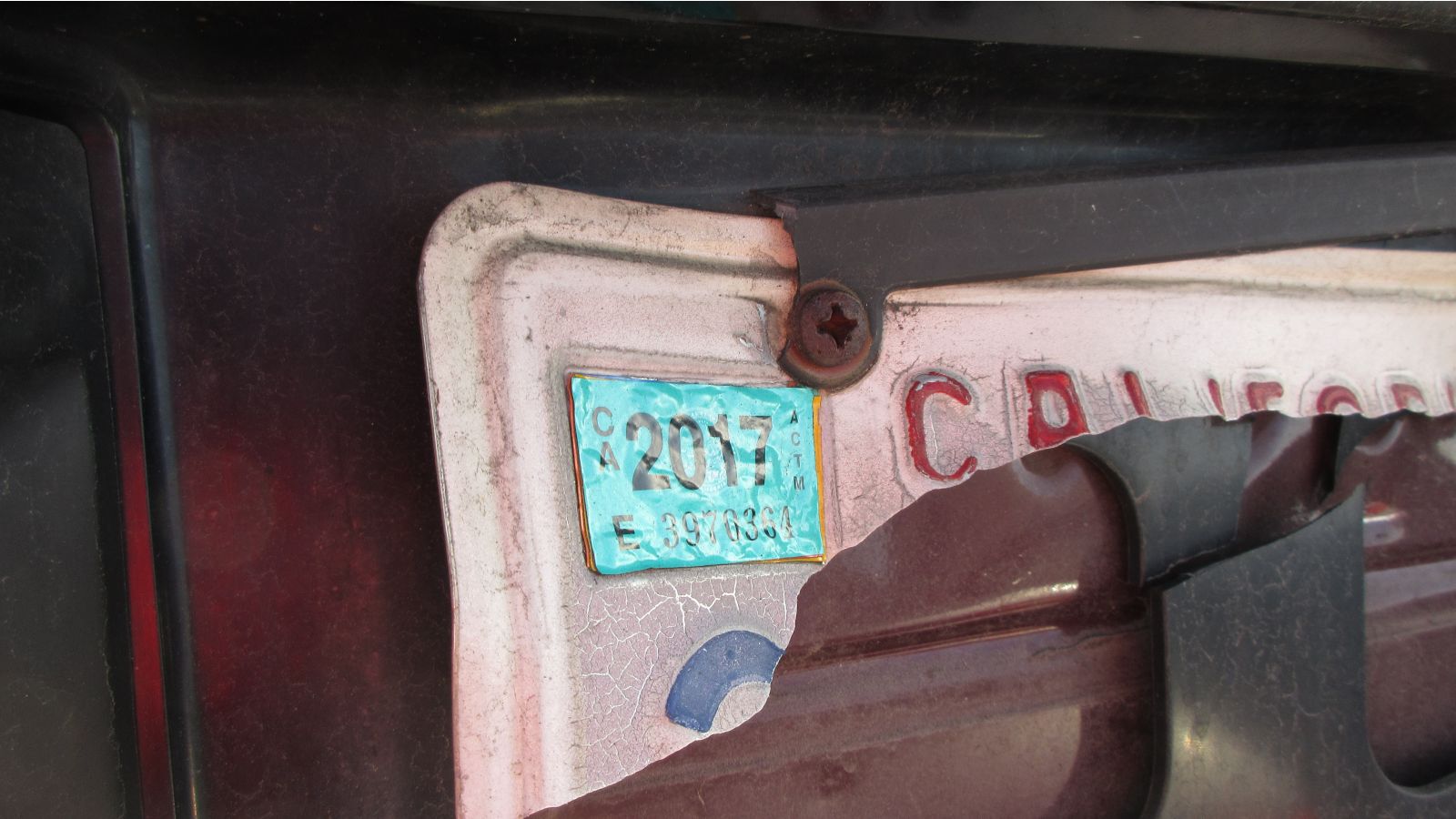 It still has 2017 tags, which suggests that we're looking at a towed-and-impounded victim of unpaid parking tickets rather than expensive mechanical failure; in either case, low resale value made it not worthwhile for its final owner to save. It makes me sad, but not enough to go out and rescue a forlorn manual-transmission Camry. Now, if they had sold the All-Trac Camry with a five-speed, I'd be driving one right now.

Eddie Haskell approved of the '91 Camry. And, because he'd have been a cranky 50-year-old in 1991, he might have pounded his fist on the Toyota salesman's table and demanded a manual transmission, just like the one he had in his '66 Chevy Nova (but probably not).