It’s not self-driving, but it steers us toward an autonomous future

Cadillac Super Cruise won't let you eat breakfast behind the wheel, climb in the back seat or any of the other stupid human tricks displayed on YouTube by Tesla owners. It even won't allow the car to change lanes on its own, like Tesla Autopilot. But it's a big step on the road to full autonomy, a huge convenience on long-distance road trips and a substantial technological triumph for Cadillac.

In the simplest terms, Super Cruise is a lane-centering enhancement to adaptive cruise control (ACC). But Super Cruise is anything but simple. Its technical complexity — hence its long delay after first being unveiled five years ago — belies its straightforward operation and intuitive user interface, which I discovered on an almost 750-mile, 11-hour drive in a 2018 Cadillac CT6 between Dallas and Santa Fe to test the system. 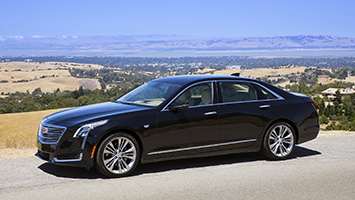 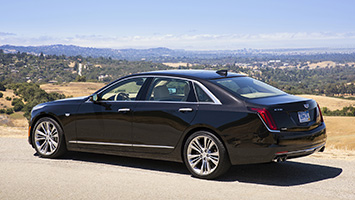 First, let's dispense with the details and disclaimers. Super Cruise is standard on the 2018 CT6 Platinum and a $5,000 option on other trim levels. Because Super Cruise is supported by OnStar — an OnStar operator will call to find out if first responders need to be sent in a worst-case scenario — a three-year OnStar Super Cruise Package is included with the system.

Super Cruise has loads of limitations that are probably more concerning to GM's legal counsel than they were to me during my long drive. Some are no-brainers, such as not for use in construction zones or for driving on the shoulder. But the system can also be stymied by adverse weather, poor visibility and faded lane markings. Super Cruise only works on freeways with on and off ramps and a center divider. ACC and forward collision warning also need to be engaged, and the system's cameras and radar sensors can't be obstructed.

To keep drivers from looking away from the road for too long — and to keep the system active — an infrared camera on top of the steering column keeps an electronic eye on the driver's seat. GM has over 100 patents alone on this Driver Attention System, including an algorithm that triangulates the nose, eyes and ears in case the camera can't see through sunglasses to make sure you're not nodding off.

In addition to the car's visible sensors, another major component of the system is something you don't see: mapping software. But not the kludgy kind that powers in-dash navigation systems. Lidar maps from Ushr give Super Cruise a detailed 360-degree spatial view of a car's surroundings (the company charted over 130,000 miles of roads in the U.S. and Canada), while Trimble provides a high-precision form of GPS that allows the car to know where it is within 2 meters. 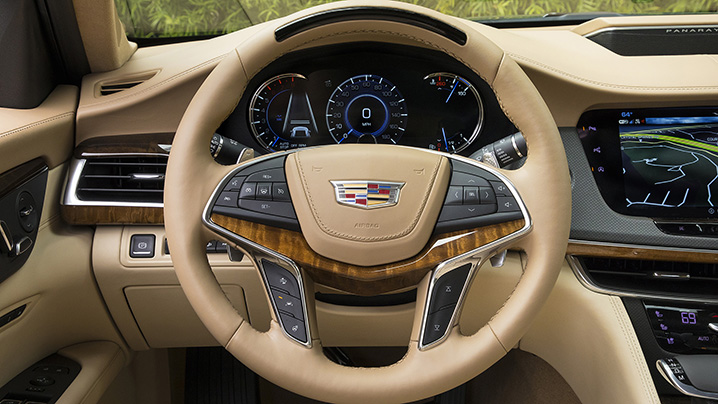 An LED light bar in the top of the steering wheel and a Super Cruise icon in the instrument panel work in tandem to indicate to drivers when the system is ready, not ready, and ready to deactivate under certain circumstances. This well-designed but straightforward UI is one of the most ingenious aspects of the system — and a case study in how to handle handoff between human and machines in an autonomous future.

It felt strange to have to take over steering even for few miles, and it was surprising how quickly I became used to not having my hands on the wheel.

Once you're Super Cruising, the steering wheel LEDs will flash green if the system needs to deactivate for some reason, such as losing sight of lane marking or detecting that the driver is looking away from the road for too long. If these warnings are ignored, the LEDs in the steering wheel flash red, a voice alert tells you to take over, the system turns off and the brakes are applied.

When changing lanes with Super Cruise activated, you feel a slight resistance in the steering wheel that gives way as you gently push against it. At the same time, the IP display and steering wheel LEDs turn blue once the car is off center. As soon as you're centered in the new lane, the IP icon turns green and you push the steering wheel button to drive hands-free again.

It sounds more complicated than it is, and after less than an hour with the system I had the hang of it. Besides the quick learning curve, what's most impressive is there's no ambiguity and it's always clear who is in control of steering: you or the car. 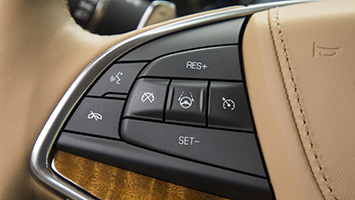 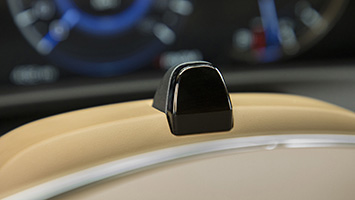 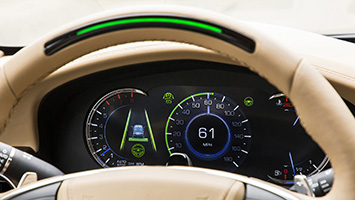 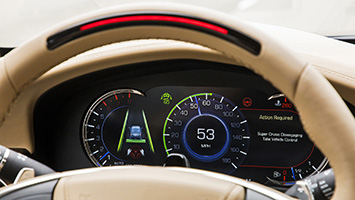 During my 11 hours in the CT6, the system performed impeccably and I felt compelled to hover my hands over the wheel only two times. The first time the CT6 was hemmed in between a concrete barrier and then a line of construction barrels on the left and a big rig on the right, and the second the car expertly maneuvered through a sharp curve while surrounded by other vehicles.

There was only one instance in which the system deactivated on its own. A driver cut me off and Super Cruise immediately switched off. The forward collision system also flashed a warning in the heads-up display and gently applied the brakes about a split second before I did.

And only twice in 11 hours of driving did Super Cruise not function the way it was supposed to. One was where there was road construction at an exit. The system got confused and wanted to follow the lines on the road that led to the exit. As the car started to drift, I quickly grabbed the wheel and turned, deactivating the system. The other was over a few miles when Super Cruise was unable to find center and activate.

In the latter instance, it felt strange to have to take over steering even for a few miles, and it was surprising how quickly I became used to not having my hands on the wheel. Hours into the drive, for example, I instinctually let go of the steering wheel when Super Cruise wasn't activated but quickly grabbed it again.

It's a feeling we'll become accustomed to as driving becomes more automated. We're already comfortable with not using the accelerator on long trips thanks to ACC. But letting go of the steering wheel takes an entirely different leap of faith, and at first you don't know what to do with your hands. I did a lot of stretching, fiddling with the car's controls and waving to other drivers with both hands just to get their reaction to break the boredom of the long drive. 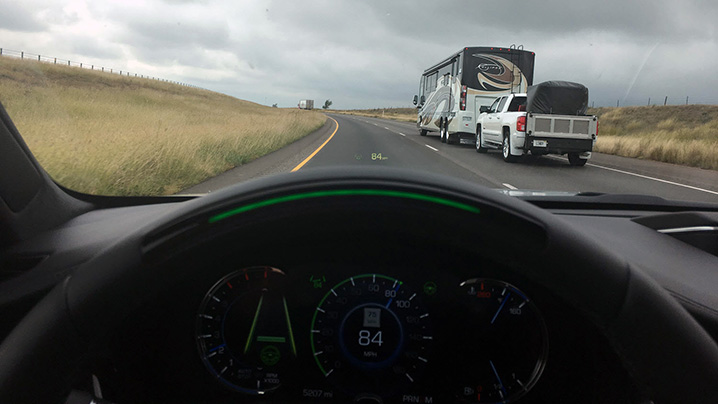 AN IMPORTANT STEP IN LETTING GO

If you're imagining that you'd rather steer on a long, boring drive than sit idle behind the wheel, I thought that too — and after driving a few times I quickly went back to letting Super Cruise take control. And a surprising byproduct of Super Cruise was not feeling fatigued after 11 hours in the car the way I normally would.