Aspark introduces the Owl, claims it hits 62 mph in 2 seconds

Emphasis on the word "claims."


FRANKFURT, Germany — In a little corner of the massive convention center where the Frankfurt Motor Show is held, a relatively unknown Japanese company revealed a car with some mega-sized claims. The company is called Aspark, and its car is called the Owl, a name that apparently derives from the butterfly doors that representatives said look like an owl's wings. This electric supercar seems more like a peregrine falcon than an owl, though. The company claims it can hit 62 mph in just 2 seconds. 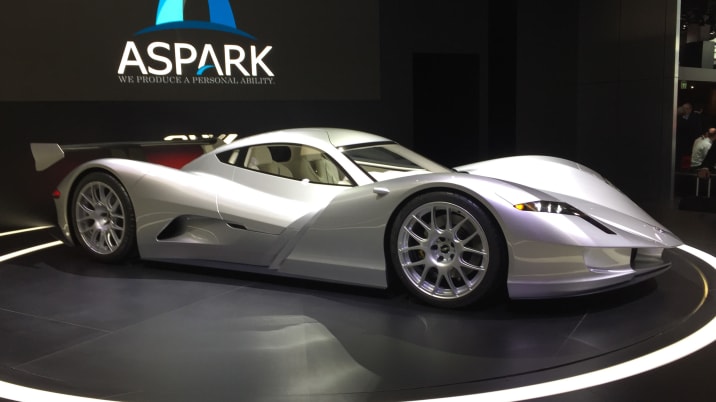 According to representatives of the company, this acceleration number was a key focus when developing the car. They considered going for top speed, but felt that ultimate acceleration is something more people could realistically experience. To achieve this, Aspark gave the Owl a carbon fiber body and kept weight to just under 1,900 pounds. It also gave the car two electric motors powering all four wheels that can produce about 429 horsepower. The company also claims a top speed of just under 174 mph. Another interesting aspect of the car is the use of capacitors for storing power — a choice made for rapid discharge of electricity to help achieve the fast acceleration numbers. With ambitious numbers like these, it will be interesting to see how the car compares to other electric supercars such as the Nio EP9 and the Rimac Concept One.

Aside from the interesting specs, the car itself looks quite attractive. It has an appearance similar to modern Daytona prototype race cars; long, wide, and oh so low. The height at the roof is a scant 39 inches. the car has impressive fit and finish, with tight panel gaps and crisp lines. The interior is fully furnished and is covered in leather upholstery. It also brings to life the concept dream of cameras as side mirror replacements. The quality of this prototype has us hopeful the company will be able to follow through with its production plans, though we'll maintain a healthy skepticism until we see it running and driving. 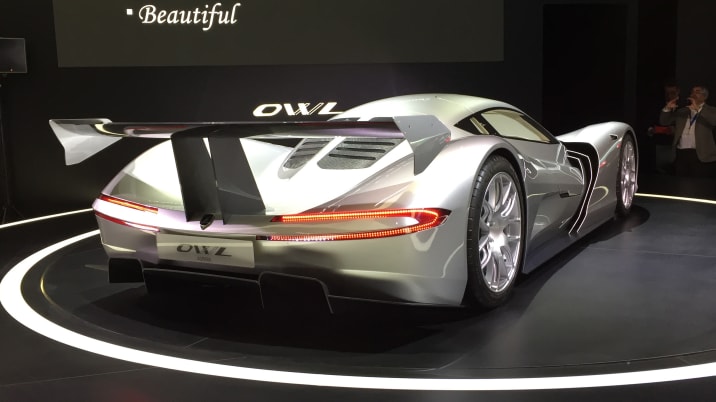 Speaking of which, the company aims to start selling the car in 2019. It will build Owls on a per-order basis. Buyers will have to be quite wealthy as well. Aspark expects to sell each Owl for 3.5 million euros, which comes to $4.16 million at current exchange rates. That's a lot of money regardless, but especially when considering that a Bugatti Chiron costs just under $3 million, and the new Mercedes-AMG Project One will cost $2.54 million. Even the upcoming Aston Martin Valkyrie is expected to cost about $3 million. Of course, none of those cars can claim full electric power.