Joel Stocksdale
With the outgoing generation of the Viper, Dodge missed a fabulous opportunity to set another Nürburgring lap record. The company did it, twice, with the previous-generation Viper ACR, but never went back with the latest ACR, and it definitely won't now that the car is being discontinued. This is why a group of Viper fans began fundraising back in January to take ACRs to the 'Ring for one more shot at glory. And, right now, that group is in Germany preparing for the attempt.

The team made it thanks to support from GoFundMe donors, and sponsorship from Kumho Tires and Prefix, a design and prototype company based in Michigan. They're using two Viper ACR GTS-R commemorative-edition cars, which are appropriate for competing track cars since they have the same white-with-blue-stripes color scheme as Dodge's old Viper GTS-R racecars. The cars are supplied from ViperExchange and BJ Motors and equipped with Kumho Ecsta V720 tires.

According to the group's Facebook page, the team has been practicing since Wednesday, July 19. A video posted today highlighted that the only mechanical issue so far has been an overheating problem that was solved with a new thermostat. Each car is running a different suspension setup for practice - one soft, the other hard - and they'll adjust them as needed. The plan is that both cars will use the same setup on the record attempt. To claim the record without any argument will require beating the 6:45.9 time set by the Nio EP9 electric car. Right behind it is the Radical SR8LM, which is technically street-legal, but not really a street car. It set a time of 6:48. As for true street cars with gasoline engines, the target the Viper team will really want to beat is the Lamborghini Huracan Performante, which pulled off a time of 6:52. You can track the team's progress at its Facebook page. 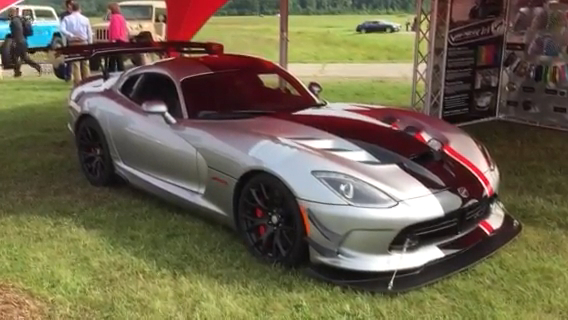