Although its 60-series midsize cars are reaching the end of their current generation, Volvo significantly updated the S60 and V60 Polestar models this year, because why the heck not? After getting behind the wheel, we discovered that the hot-rodded sedan and wagon are serious enthusiast cars. But not in the way you might think.

You see, car enthusiasts are an odd breed in that we don't always select cars for purely objective reasons. We'll make compromises to have something that's a bit faster, a bit more unique, or a bit more stylish. This means that we may own and drive cars that we wouldn't necessarily recommend to average buyers or even casual car fans. The latest Polestar cars fit this description perfectly.

There's a lot here to entice car guys and gals. Consumers have the choice of a more conventional sedan body or an enthusiast-friendly (and journalist-baiting) wagon body. The latter is the favorite of Polestar buyers, making up 67 percent of the cars sold during the two body styles' lifespans. Visually, they're both beefed up with big 20-inch wheels as well as front and rear spoilers that are attractive and functional. The interior also gets a once-over that includes suede seats with blue stitching, a meaty steering wheel, and carbon-fiber trim.

The biggest draws, though, are the mechanical upgrades. The old turbocharged straight-six has been abandoned in favor of a smaller 2.0-liter four-cylinder with a turbo and a supercharger, a version of the T6 powertrain in tamer new Volvos. The new engine makes more power than the six with 362 ponies, but the 347-pound-foot torque rating is lower. It's coupled to an also new eight-speed automatic transmission, and the power goes to all four wheels. The whole car is suspended by fully adjustable Ohlins shocks with stiffer springs and anti-roll bars compared with the standard 60 series cars. Those standard 20-inch Polestar wheels can be swapped for 19- or 20-inch wheels with snow tires, too. The front wheels are stopped by big Brembo brakes with six-piston calipers.

The overall package works well when driving for fun. The car handles well. It does have a tendency to understeer a bit, but doesn't roll much, and the electric-assist steering has a good weight and precision in both normal and sport modes. That said, some more feel would be appreciated. You will get plenty of sensory feedback from the suspension; at least with the damper settings Volvo chose for our mountain and highway route, anything more than minor cracks and expansion joints sent a sharp kick to the cabin. The tires, while grippy, also generated plenty of noise on the freeway. That's how you know they're working.

The engine that powers both S60 and V60 Polestars is a real treat. It pulls strongly at any rpm, and it does so with incredible smoothness. There simply isn't any noticeable lag when putting the skinny pedal down, and it also doesn't whack you in the back with sudden turbo boost. Because of that, the S60 and V60 Polestars don't accelerate as dramatically as some turbo cars. On the flipside, you know exactly how much pull you'll get for a given throttle input, and that provides an extra layer of driving confidence. The engine has a good growl to it when driving in sport mode. It can drone on a bit when cruising around, though, so it's good it's quite hushed in the normal automatic mode. 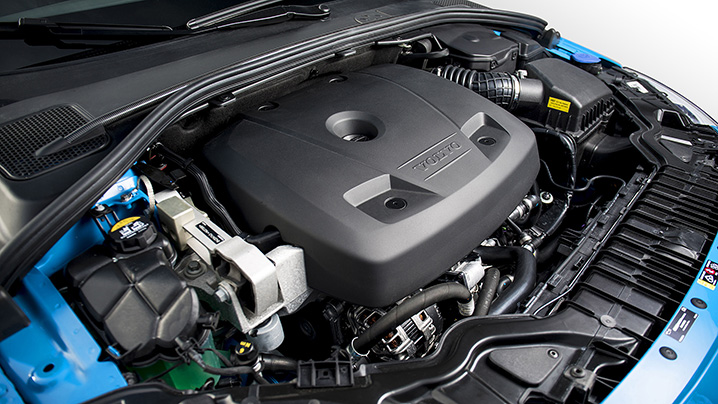 On the topic of the transmission, the eight-speed is good in some ways, just adequate in others. The most enjoyable modes are manual and Sport Plus. When shifting manually, you're treated to smooth quick shifts up and down, and the ratios are spaced well to keep the engine in its power band. Volvo says this mode is the quickest way to get the Polestar around a track, as it provides the fastest shifts and it's designed to keep the engine at 4000 rpm or higher. In practice at Arizona Motorsports Park, it did just that, and it was smart about downshifting when approaching corners. Unfortunately, the transmission falls a bit flat in normal automatic and sport automatic modes. It does manage to shift smoothly, but it's really lazy when asked to downshift, taking a couple moments to complete the process.

The biggest issue with the S60 and V60 Polestars is something the performance couldn't fix: the cars' outdated interior. Certainly Polestar did its best to spruce up the cabin with carbon trim on the center stack, cushy black suede seats with Polestar blue stitching, and a nifty clear plastic shift knob. The blue-stitched suede continues on the wheel and door panels, too. These touches all make for a decent first impression. 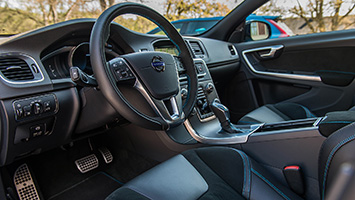 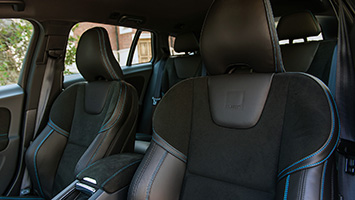 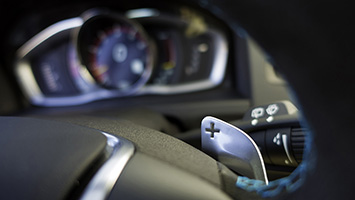 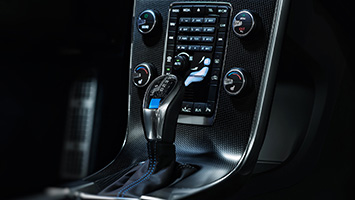 However, the interior is on the cramped side, with limited head room. The seats, while appearing to have significant bolstering, are actually classic Volvo units, smushy and soft for long-haul comfort, and don't really hold you in place. The center stack is clearly from a different era in design, with loads of buttons clustered together in the middle with little rhyme or reason, making it difficult to find the right one at a glance. Then there's the very old infotainment which can only be used via a dial on the far left of the center stack. It's sluggish, particularly when using navigation. The final nail in the coffin is that the materials, while not terrible, just aren't up to snuff in a car with a price tag of nearly $61,000 for the sedan, and just over $62,000 for the wagon. The leaps and bounds made by interiors on Volvo's new 90-series cars add to the perception of oldness.

That's the real rub here. You can buy so much car for $60,000. For less money, you can pick up an Audi S4 or Mercedes-AMG C43 with similar horsepower and more modern, better appointed cabins. Or for just a couple thousand more, you can get a BMW M3 or Mercedes-AMG C63, both of which have significantly more power. And if you're just looking for performance, the Corvette, F-Type, Shelby GT350, and many other sports cars are available for about the same price.

However, this is also what makes the Polestar Volvos real enthusiast cars. They don't actually make a lot of sense when looked at objectively. But they're fun, they're available in an awesome blue color, and the V60 is about the only way to get a true performance wagon anymore. And for Volvo fans, nothing could be cooler. Volvo performance enthusiasts are definitely a small niche, but that's all Volvo needs. The company is only bringing 200 of these cars to the US, and we're certain it will find 200 people to buy them, and they will be immensely satisfied because they have the most badass Volvo out there. For those that are more objective, maybe wait until the redesigned S60 and V60 are released.