Unless you've been living under a rock, or perhaps in a cave on Planet Jedha, you probably already know that Rogue One: A Star Wars Story is now the highest-grossing film released in 2016. Nissan is definitely aware of that fact, having hitched its Rogue compact crossover's marketing wagon to the moneymaking movie to great effect. And so it comes as little surprise that Nissan's Chicago Auto Show experience is heavily Star Wars-themed, punctuated by the X-Wing-inspired Rogue you see in the image gallery above.

In addition to the droid-equipped Rogue-Wing, there's a massive inflatable Death Star hanging from the rafters; scale-replica models of the Y-Wing Starfighter, TIE Striker, AT-ACT and X-Wing Starfighter; and Stormtroopers. Yes, actual Stormtroopers, or at least actors dressed up like them. Nissan promises photo ops for showgoers in Chicago during the weekends of Feb. 11-12 and Feb. 18-19. No word on if they're all clones. 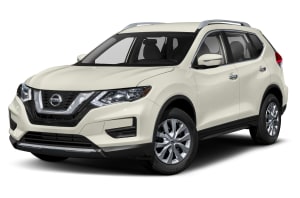