This ain't your daddy's Caddy. (UPDATE: Jalopnik is reporting an unidentified source claimed the new limo would not be featured in today's inauguration ceremony. The source did say however that the limo would join the presidential fleet later this year.)

A rumor is going around that President-Elect Donald Trump will have a brand new set of wheels the day he takes office. The Cadillac Presidential Limousine, nicknamed "The Beast," was last refreshed in 2009 and led President Barack Obama's second inauguration-day parade. Cadillac could not confirm any timeline for the new presidential limo, nor could it confirm any specifics about the car nicknamed Beast 2.0. That's as expected, because details on the presidential limo are closely guarded and considered matters of national security.

The outgoing original "Beast" limo marked a switch to a custom-built vehicle based on a General Motors truck frame. Previous limos were based on the actual cars they looked like. As we've seen in spy shots, The Beast 2.0 limo looks more like an Escalade SUV or CT6 sedan but is reported to be roughly the same size and shape as the old Beast, which is built on a Chevrolet Kodiak/GMC TopKick medium-duty truck chassis. AutoWeek is reporting that the new limo is set to debut for Trump's inauguration, however those reports could not be confirmed for the reasons mentioned above. The new Presidential car is expected to accommodate seven passengers in conference-style seating in the back like the current version. 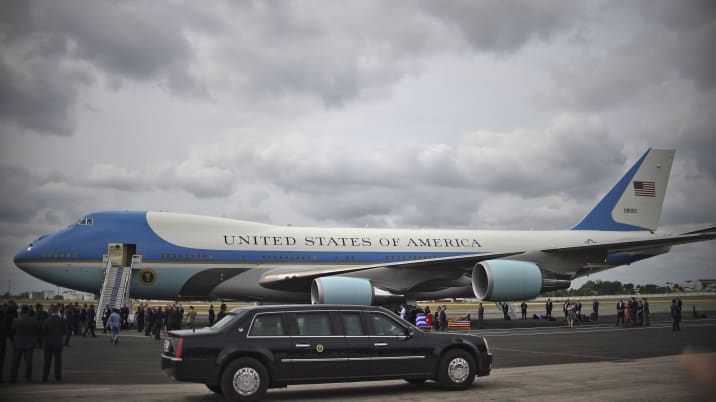 The Beast isn't meant for road trips, as it is mostly used to ferry the President to and from Air Force One when traveling, or on short trips around Washington D.C. That's good, considering the current limo only gets 3.7 miles per gallon. Along with multiple screens for video conferencing, The next Beast will also definitely include advanced armoring and weaponry. For security reasons, it's impossible to know the extent of those systems, but any vehicle transporting the most powerful man in the world around has to be tough.

The entire process of designing and building the Presidential limo is top secret, as the Secret Service figures the less everyone knows about the Presidential Limo, the better. The new Beast, we can safely assume, is likely the safest vehicle in the world. The Secret Service began taking bids on building a replacement in 2014 because integrating all of the required armor is technically challenging. If it's anything like the previous Cadillac Presidential Limousine, Trump's limo will have eight-inch amor plates around the doors, its own oxygen supply, a fire suppression system, and night vision. One key rule of armored vehicles is that they need to remain mobile to escape any threatening situation, not just withstand heavy fire. To that end, the current Beast reportedly uses a large diesel truck engine with plenty of torque.

While the specifics of the new Beast's arrival likely won't be known until it actually shows up, we do know that it will be put into service while Trump is in office. So we may see the new vehicle at next week's inauguration, or Obama may hand off the current Beast for Trump to use.