Changes to begin later this year.

Joel Patel
Dodge's current lineup is aging rapidly. The Charger, for example, is going on 5 years old but its platform dates back to 2006. FCA, according to Automotive News, is working on revitalizing Dodge's lineup with the first of some new models debuting later this year.

The report reveals plans for the majority of FCA's brands, but the most interesting bit of information is an all-wheel-drive model for the Dodge Challenger, which is being referred to as the GT AWD. Mopar unveiled the Challenger GT AWD Concept at SEMA last year as a concept, but it looks like the idea stuck. The vehicle is set to make its debut this fall and will lead the way for a wide-body, Hellcat-powered version that will be released in 2017. That model will be called the Challenger ADR. The entire Challenger lineup will be redesigned in 2018, which includes switching over to the lighter Giorgio platform - the same one that underpins the Alfa Romeo Guilia

Dodge will also redesign the Charger to accommodate the new Giorgio platform in 2018. A new two-door convertible could debut in 2021, resurrecting the Barracuda moniker. The aging Dodge Durango will get a light refresh in 2017 with the addition of an SRT model, which Automotive News reports will feature a 6.4-liter V8 engine.

Other changes are in store for other FCA brands, including the debut of full-size crossover in 2018 for Chrysler, which will be followed by a midsize crossover in 2019. The Jeep Compass and Wrangler will get a redesign for 2017, with the Cherokee getting a light makeover, as well. The Wrangler-based pickup truck, which we recently spotted testing, is set for its debut in 2018, while the Wagoneer will come out a year later. 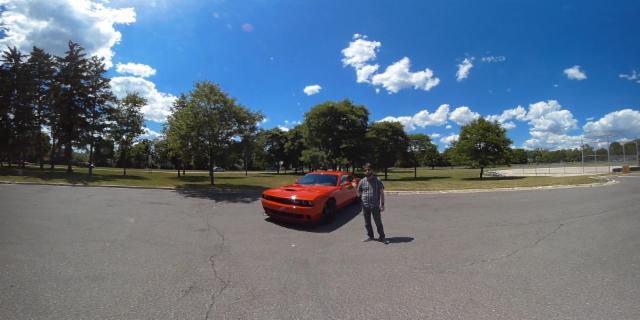