It could be just half of what the Tucson costs.

They say you can't be too rich or too thin, but Hyundai may be shooting for both with its plans for the successor to the hydrogen-powered Tucson Fuel Cell. The South Korean automaker says it's working on a fuel-cell vehicle that will not only be cheaper than the Tucson, but will have a larger full-tank range, the Korea Herald says. Hyundai disclosed details at a conference last week where the South Korean government said it wanted 10,000 fuel-cell vehicles on its roads by the end of the decade. This car, if it arrives as advertised, should help. Hyundai needs it. Since the hydrogen Tucson was unveiled in 2013, it has moved just 544 units worldwide.

The new hydrogen vehicle will be priced at about $54,000 in Korea, about half the price of the Tucson Fuel Cell compact SUV. Factor in subsidies that the government is planning, and that price tag would drop to about $30,000. Hyundai is also planning for a full-tank range of about 373 miles, a 45-percent increase from the Tucson's 258.

Hyundai has steadily been dropping hints about its next fuel cell car. The automaker debuted its Intrado fuel-cell concept (pictured) at 2014's Geneva Motor Show and said at the time that the car would have a full-tank range of about 375 miles. And last month, Hyundai Motor Group's Ahn Byung-ki spoke of a fuel-cell vehicle that's larger than a compact SUV that would also have a bigger battery but a smaller motor than the Tucson. Additionally, the automaker said it may launch the new model in time for the 2018 Winter Olympics in Seoul. 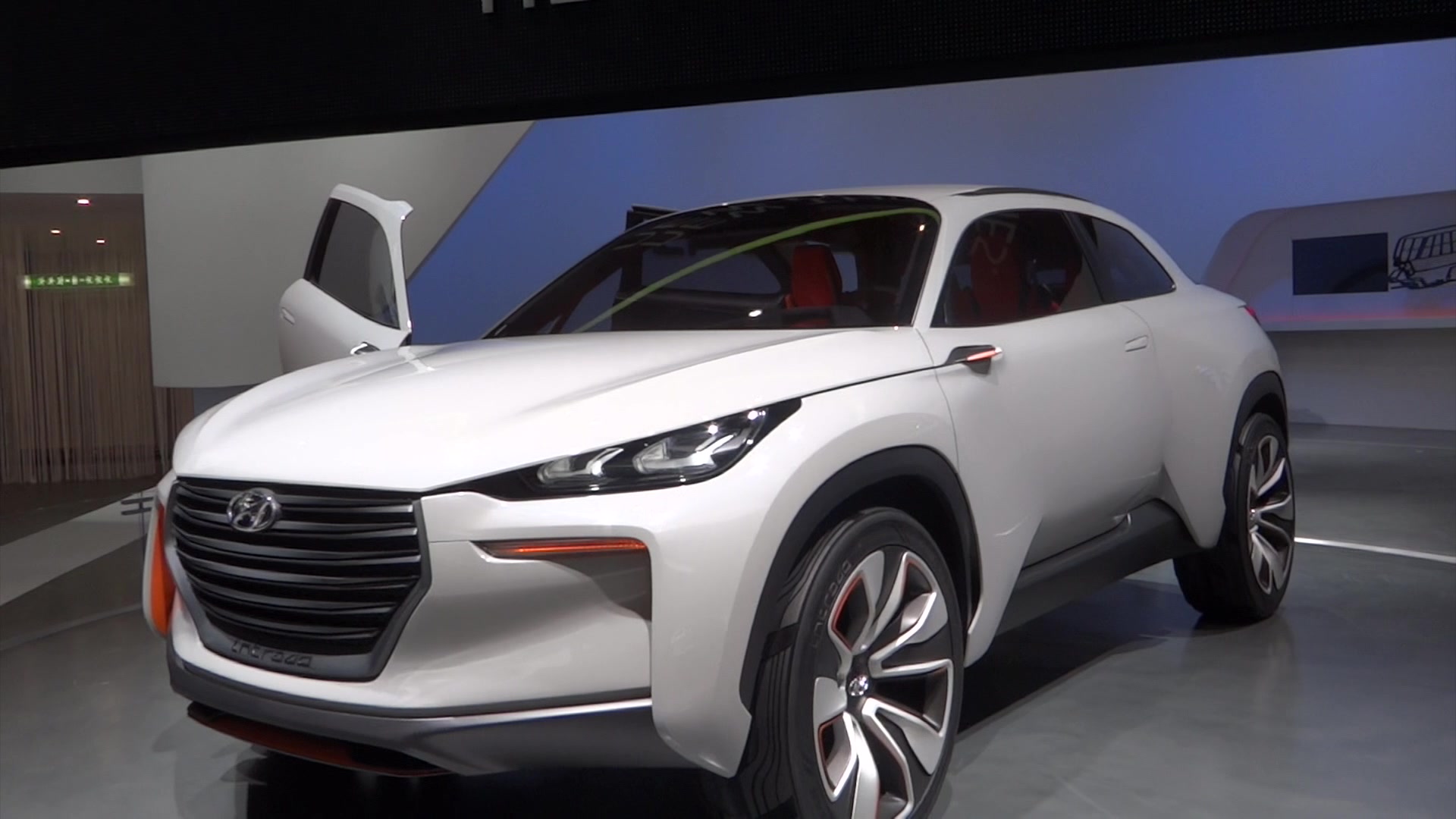