At least one Cadillac exec has finally started to come to terms with something we knew all along: the initial $75,000 price for the ELR plug-in hybrid was way too high. The bad decision in part led to the model selling just over 1,000 units last year. Company marketing boss Uwe Ellinghaus recently gave an interview to Bloomberg where he discussed what went wrong.

"The MSRP was, indeed, a mouthful," Ellinghaus said to Bloomberg. "We overestimated that customers would realize our competitors were naked at that price." People balked at the ELR's price from the very start, and dealers were receiving $5,000 at one point just for getting customers to test drive the PHEV. Later, some incentives for buyers were as high as $14,000.

Cadillac planners saw a conundrum when it came to the ELR's price. Too low of a figure was thought to bring the model close to the Chevrolet Volt, and $75,000 was also believed to signal Caddy's PHEV as something special. "We just wanted to make this a statement for the brand of how progressive we are," Ellinghaus said to Bloomberg.

Cadillac is now working to rehabilitate the ELR's reputation with a host of updates for 2016. Buyers get a 25-percent boost in powertrain output, additional standard features, and the whole package comes with a $9,000 drop in price. The tweaks should help the luxurious PHEV make a better second impression. 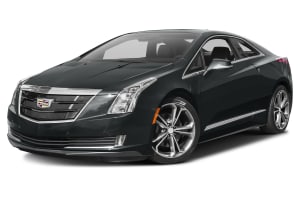