Next VW Camper van concept to be electric

Chris Bruce
The next-generation Volkswagen Transporter workhorse van (teased above) debuts on April 15, but VW is also working on a more retro-inspired van concept that would be motivated by electric power.

Dr. Heinz-Jakob Neusser, Volkswagen development boss on the automotive giant's board of management, described the upcoming Camper concept to Autocar at the New York Auto Show. On the outside, the model would feature a wide D-pillar, boxy design and small front overhang to maintain a classic look. "The distance from the A-pillar to the front end must be very short," he said to Autocar. For power, an electric motor would spin the front axle, and the batteries would be located under the floor.

Dr. Neusser was clear that the electric van was just a concept but didn't say when it might debut. He also didn't indicate if the vehicle shared a platform with the new T6 or some over model in the company's lineup. VW has been toying with building a retro-style van for over a decade. In 2001, it showed the Microbus concept, and a decade later there was the Bulli. Neither of them ever actually saw production. 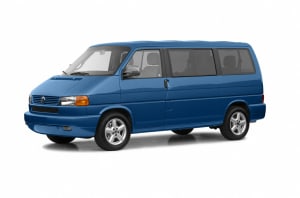