Noah Joseph
The Aston Martin Vantage has an unusually long history, characterized by constant improvement. It was introduced ten years ago with a V8. Two years later Aston shoehorned in its ubiquitous V12, and more than five years after that, it upped the output. All the while it's offered Roadster versions of each iteration until we ended up with the fastest convertible the company had ever made.

The resulting Aston Martin V12 Vantage S Roadster will reach a highway gallop by the time you've finished pronouncing its full name, but exciting as it is, the prospect of driving a soft-top convertible channeling 565 horsepower through the rear wheels in the snow is, well... let's just say that, while such a car would be near the top of our list in most situations, it wouldn't be our first choice for winter transportation. That hasn't deterred the team at Xcar from taking on a British winter in this ludicrous drop-top. What they found was a roadster that's anything but perfect, but one they're glad exists – even if there are better choices for snowy climes. 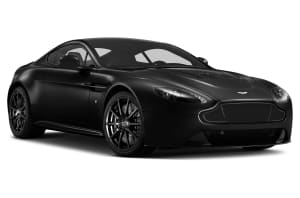