Zach Bowman
Aston Martin has announced it will both debut and campaign a hydrogen-powered Rapide S at this year's ADAC Zurich 24 Hours of Nürburgring. The company wants to be the first to manage a zero carbon dioxide emission lap in mainstream racing, and the racecar should be the first hydrogen-powered machine to compete in an international event. The Hybrid Hydrogen Rapide S will continue to use a twin-turbocharged 6.0-liter V12 engine for propulsion, though the prototype engine can be fed on either pure gasoline, pure hydrogen or any combination of the two.

In order to do so, Aston Martin had to install a hydrogen fuel rail, tanks and an entirely separate engine management system. The tanks themselves are hewn from ultra-high-strength carbon fiber. The four vessels can hold around 7.7 pounds of hydrogen at 5,076 pounds per square inch of pressure. Two get stashed next to the driver while the other two reside in the car's trunk. Check out the full press release below for more information.
Show full PR text
Aston Martin to race world-first Hybrid Hydrogen Rapide S

• Aston Martin will be first to race with hydrogen power

12 April 2013, Gaydon UK - Aston Martin is ripping up the record books at the 41st ADAC
Zurich 24 Hours of Nürburgring in Germany next month as the famous British sports car
brand is to race a pioneering hybrid hydrogen car.

The record-breaking Hybrid Hydrogen Rapide S – based on Aston Martin's new four-door,
four-seat sports car – will become the first hydrogen-powered car to compete in an
international event as well as the first zero CO2 emissions sports car to complete a race
pace lap at the Nürburgring 24-hour race.

Capable of running on pure gasoline, pure gaseous hydrogen, or a blend of both, the Hybrid
Hydrogen race car showcases Aston Martin's commitment to engineering innovation. In pure
hydrogen mode, Aston Martin and Alset Global aim to show that a zero emissions lap of the
Nordschleife is possible while emitting virtually only water from the exhaust.

Showcasing the technology at the Nürburgring – acknowledged as one of the toughest and
most demanding circuits in the world and, of course, nicknamed 'the Green Hell' –
Aston Martin will underline the reliability and safety of today's hydrogen technology.
Welcoming the debut of the Hybrid Hydrogen Rapide S, Aston Martin Chief Executive Officer
Dr Ulrich Bez said: "As we celebrate our centenary in 2013 and look back on a century of
excitement, innovation and style it's also the perfect time to look to the future with this
astonishing race car.

"Aston Martin has a strong track record of innovation and, with our superb history of
competition and testing at the Nürburgring, it is only right that we showcase this amazing
new technology at this year's 24-hour race."

He added: "Working with Alset Global to unveil this system in such a challenging
environment as the 24 Hours of Nürburgring shows once again how confident we are in our
cars, our people and our partners."

The Hybrid Hydrogen system comprises a hydrogen fuel rail, storage tanks and proprietary
engine management system. This enables flexibility in the control of the combustion process
according to each particular driving situation: either pure hydrogen, gasoline or a arbitrary
blend of both can be selected to ensure optimum power, acceleration and CO2 reduction.

This control results in a powerful and dynamic propulsion system that provides sports car
performance but with a carbon footprint more akin to that of a supermini.

Safety is paramount, of course, and the system includes four ultra-high strength carbon fibre
tanks holding a total of 3.5kg (circa 7.7 lb) of hydrogen stored at a pressure of 350bar – two
tanks housed next to the driver and two in the boot of the car. Meanwhile the entire
hydrogen system developed by Alset Global and its partners is approved by German
motorsport's governing body, the DMSB.

The Hybrid Hydrogen race car is based on the new Rapide S four-door sports car that is
arriving in Aston Martin showrooms in the coming weeks.

Redesigned and re-engineered to offer even greater style and significantly enhanced
performance by virtue of its new AM11 6.0-litre V12 naturally aspirated engine, the new
Rapide S is capable of 190 mph and sprints from 0 to 60 mph in only 4.7 seconds.

Aston Martin returns to compete in the ADAC Zurich Nürburgring 24 Hours on May 19-20 for
the eighth successive year. More than 150 cars will start the fearsome 24-hour race, which
runs on the daunting 25km (15.5 miles) circuit that combines the legendary Nordschleife with
the modern Grand Prix track. 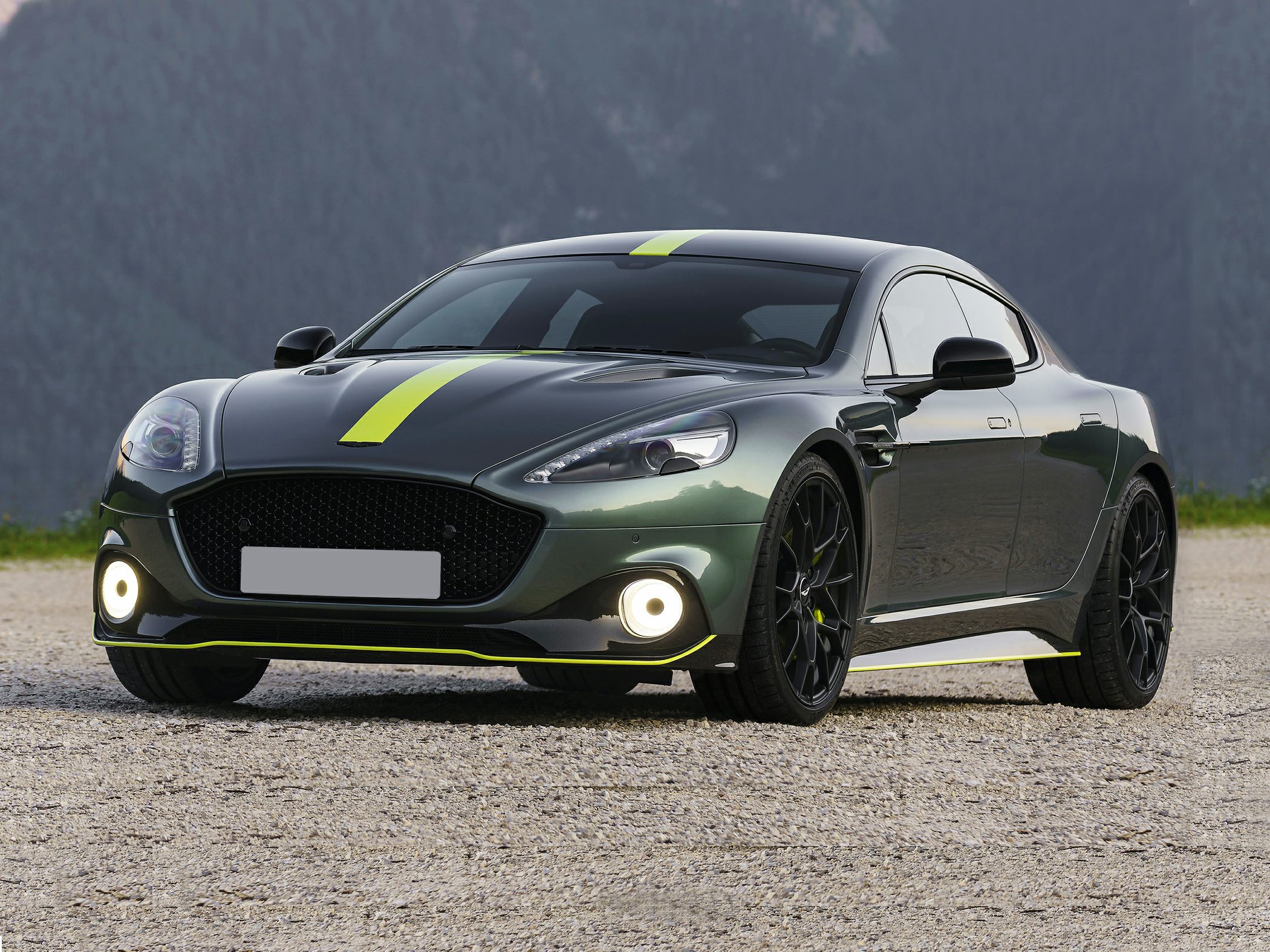