As a junkyard aficionado living in Denver, I get regular opportunities to study the history of the Pleiades-badged brand every time I hit the IMPORTS section at one of my local yards. You won't find any Subaru 360s in U-Wrench yards these days (I haven't seen a discarded 360 since the early 1980s), but I still find plenty of Malaise-Era Subarus from the period during which they were mocked for their small size in novelty songs. Here's a seriously loaded (by early-1980s standards) 1982 Subaru Leone four-wheel-drive wagon, found last fall in a yard just south of Denver. 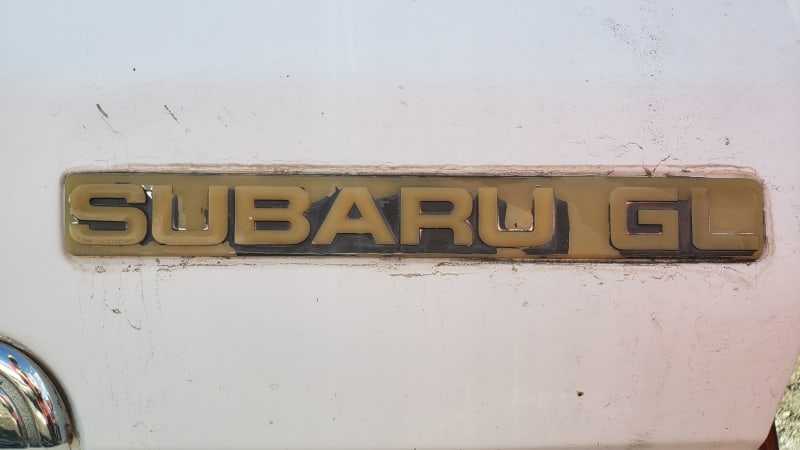 Back in those days, Subaru USA just called this car "the Subaru" and used the trim levels as confusing model names. There was the base model with no name, the mid-grade DL, and the high-end GL. 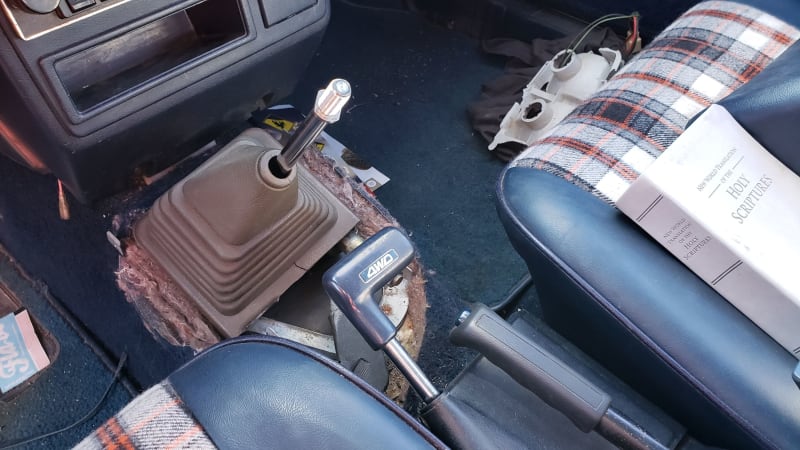 Four-wheel-drive was optional on Subarus at this point, though nearly all Colorado buyers paid for this feature. Unlike later all-wheel-drive systems with center differentials, this setup was true four-wheel-drive, which would tear up your tires (or worse) if you drove for too long on dry pavement with 4WD engaged. This proved very confusing for many owners of these cars (as well as those with four-wheel-drive-equipped Toyota Tercels and Honda Civics, a bit later in the decade). 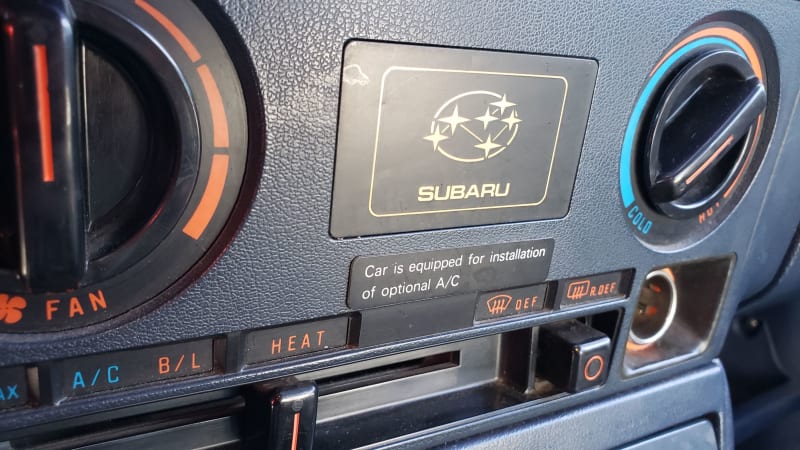 Check out the controls for the extremely rare dealer-installed air conditioning! This car has everything. 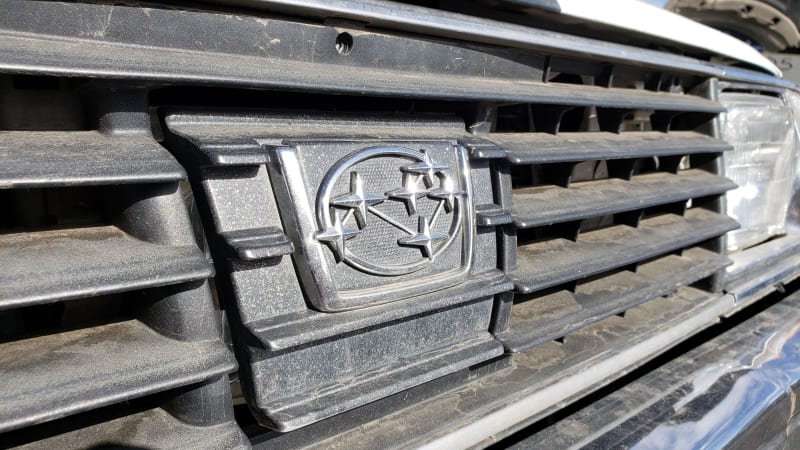 By far the coolest optional feature on this car is the rare "third eye" center-mounted driving light, which lives behind this flip-up panel in the center of the grille and was actuated via a dash-mounted switch. You're more likely to find one of these lights in a BRAT, which was the truck version of the Leone, and I've found a few third-eye-equipped BRATs over the years. 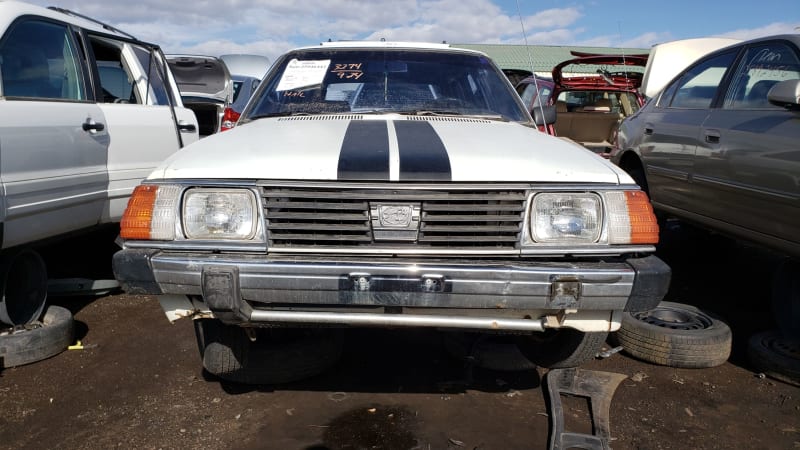 Did I buy the entire grille and third-eye assembly, for installation as a ceiling-mounted work light in my garage? You bet I did! 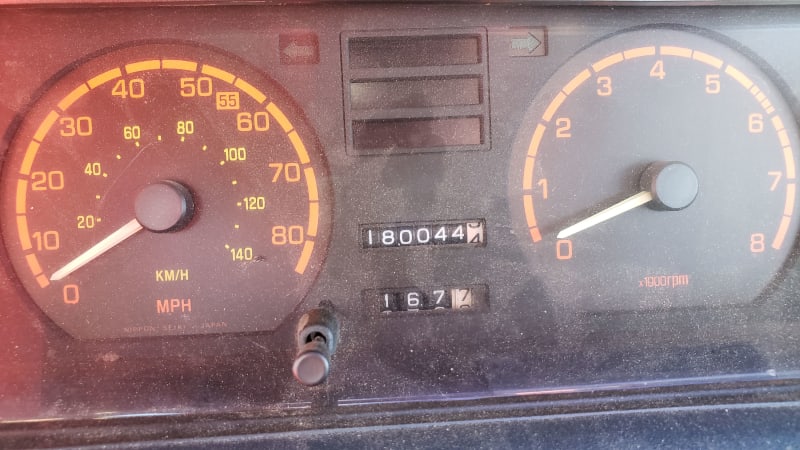 With just over 180,000 miles on the clock, this car appears to have been very well cared-for during its life. There's a bit of rust in the usual spots, but nothing too severe by the standards of a near-40-year-old Japanese car. 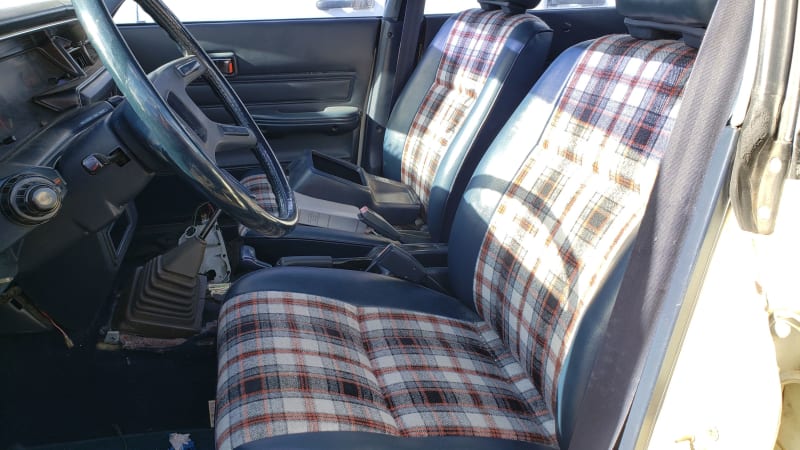 Plaid seat fabric became fashionable on cars like this during the early 1980s, as you'll see on many a Toyota Tercel 4WD Wagon. 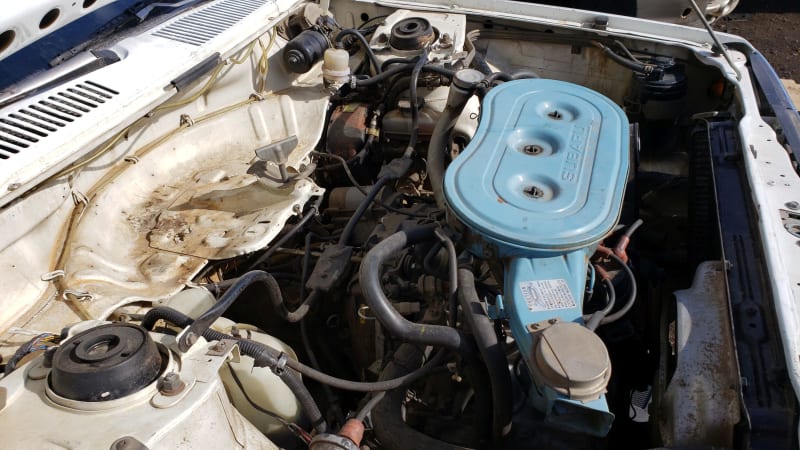 The 1.8-liter boxer-four in this car generated 82 horsepower when new, and it got the job done (if you were patient). 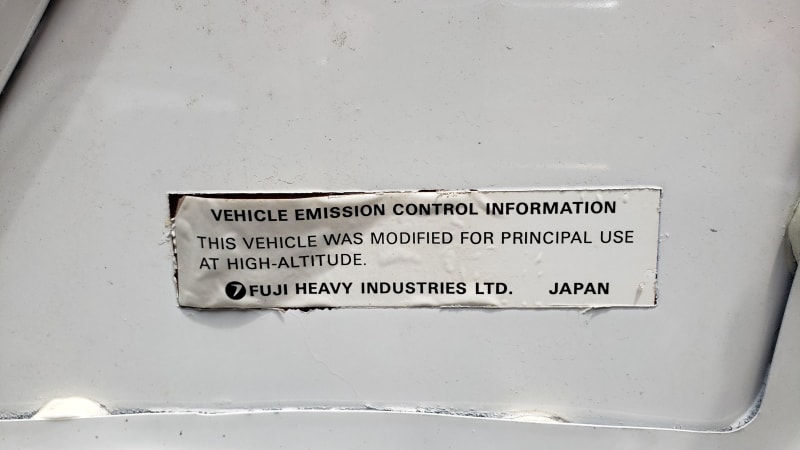 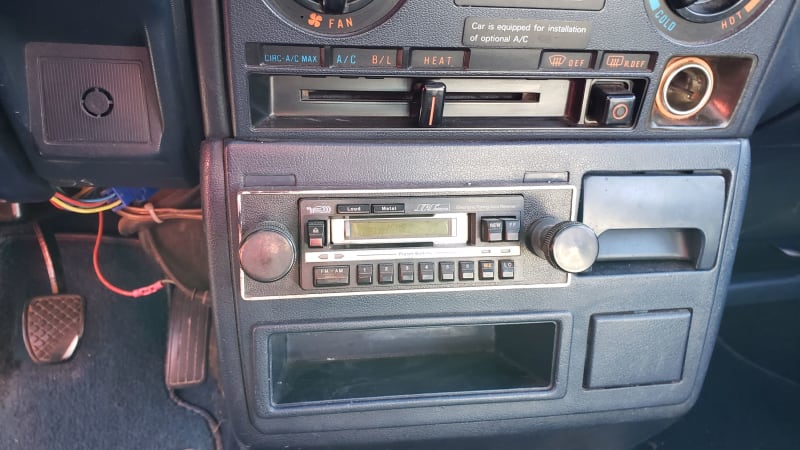 This Audiovox "Super Reach" AM/FM/cassette deck dates from the early-to-middle 1980s, so it survived the years when thieves tore up dashes to extract any aftermarket audio gear (and even plain old AM/FM factory radios). Perhaps the owner deployed a phony AM-radio disguise kit, available from J.C. Whitney. 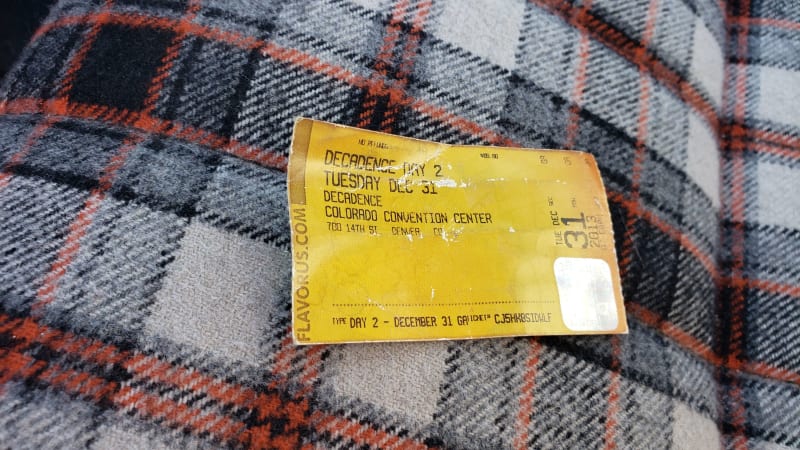 The car was running as recently as late 2013, when it drove to the Decadence event at the Colorado Convention Center in Denver. Maybe it still ran fine when it ended up in this yard; a double-digit-horsepower small car with a manual transmission and some rust won't attract many buyers these days. 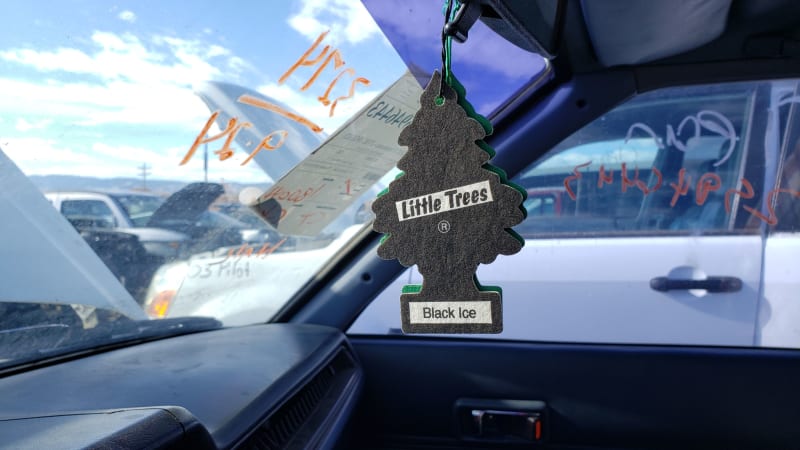