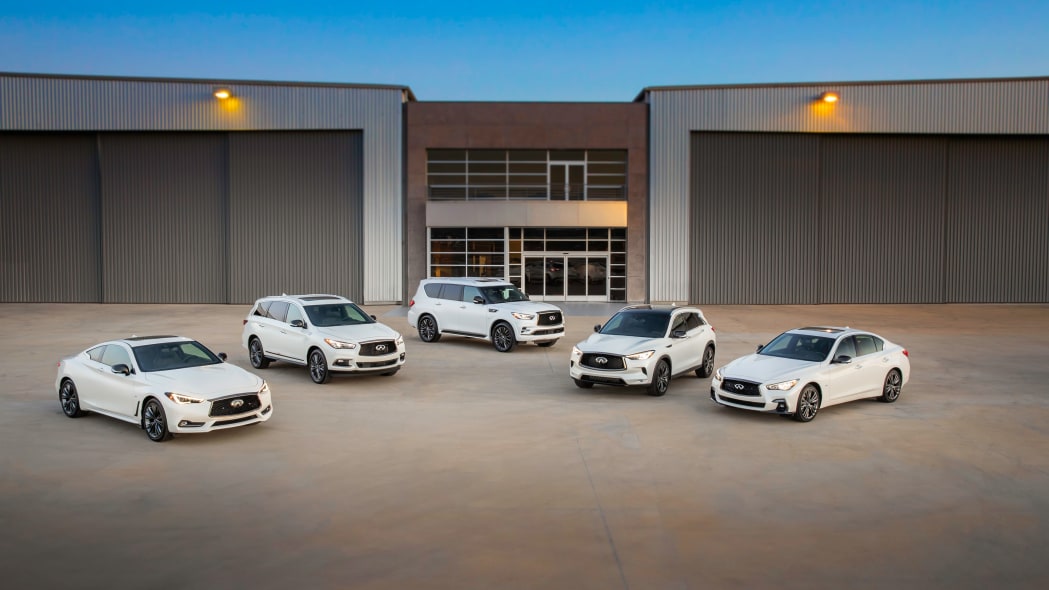 Infiniti is celebrating its 30th anniversary at the Pebble Beach Concours d’Elegance next week, and it’s rolling out a special edition for several models in its lineup. The anniversary cars are to be called Edition 30, and all of them feature similar changes.

You’ll be able to get an Edition 30 for the Q50, Q60, QX50, QX60 and QX80. That’s two sedans and three SUVs that are said to arrive in dealers this fall as 2020 model year cars — even though Infiniti launched in 1989, the first car it sold was a 1990 model year, so this matches up perfectly. Pictures of the Edition 30 cars are scant, but we’ll be able to check them out in person at Pebble next week. Infiniti says they all feature special dark chrome accents in the exterior grille surround, fender trim and a little around the rear end, as well. You’ll get black side mirrors, dark gunmetal gray wheels and a body color rear apron.

Additionally, all of them will be equipped with the ProAssist package as standard. This package includes driver assistance features like adaptive cruise control, distance control assist, a 360-degree camera, backup collision intervention and predictive forward collision warning. Pricing isn’t available at this point for the special edition models, and we don't know if production numbers will be limited, either.