For most of the 1990s through well into the current decade, nearly all American taxis were 1992-2012 Ford Crown Victorias (and most of those were P71 Police Interceptors that served rough stints in law enforcement before being thrashed as taxis for another decade or so). Before that, though, the box Caprice, made for the 1977 through 1990 model years, performed the bulk of taxi duties in this country. Here's a final-model-year Caprice with lots of taxi miles, finally at the end of its long road in a Denver self-service wrecking yard. 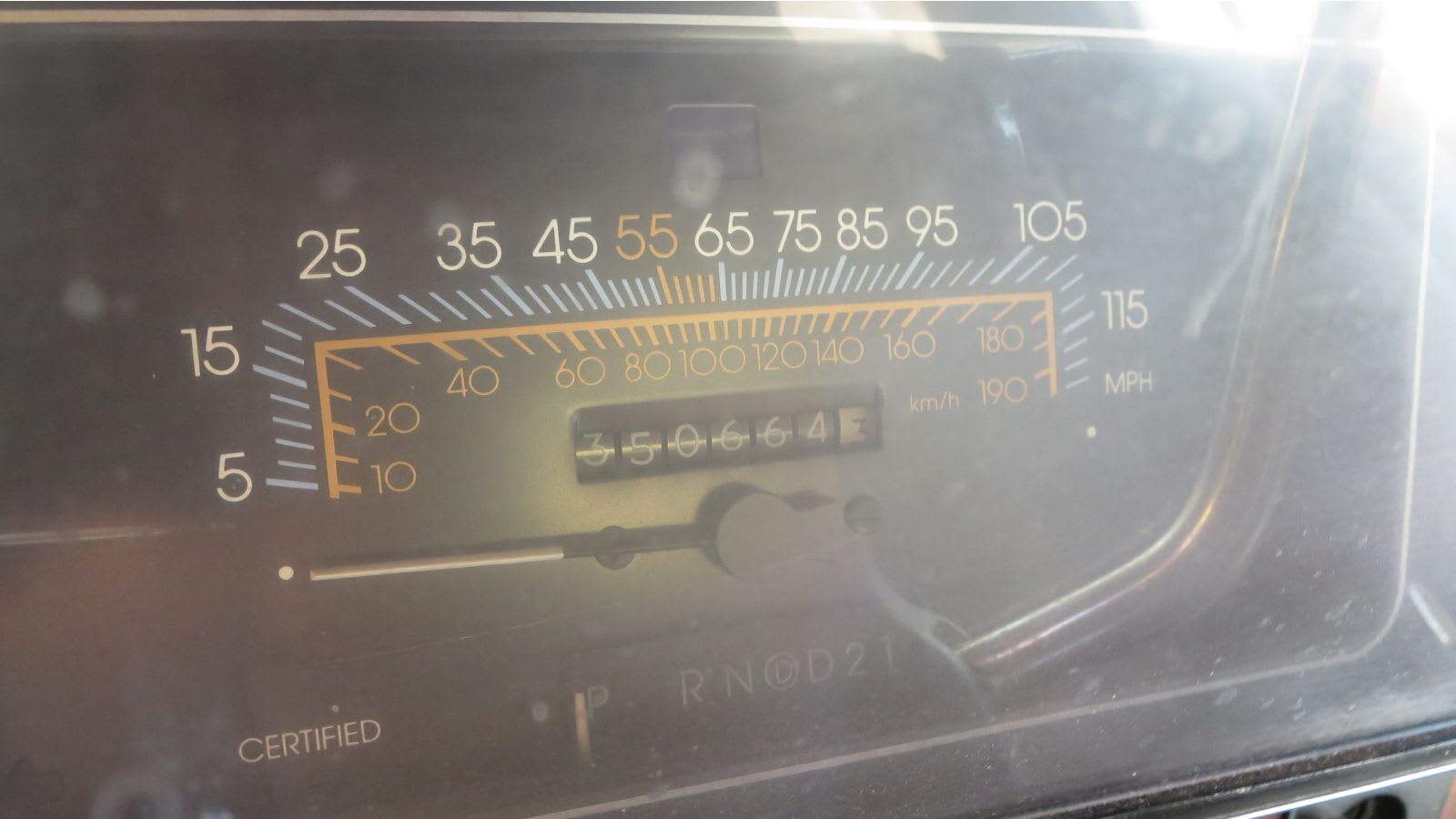 The CERTIFIED label to the lower left of the speedo face means that this car started life as a police car; the lack of spotlight holes in the A pillar means that the car wasn't a black-and-white patrol unit (unless the cab company filled in the holes with body filler later on). Earlier Caprices (and maybe non-cop 1990 models) got five-digit odometers, so you can't tell a 350,664-mile car from a 150,664-mile car. 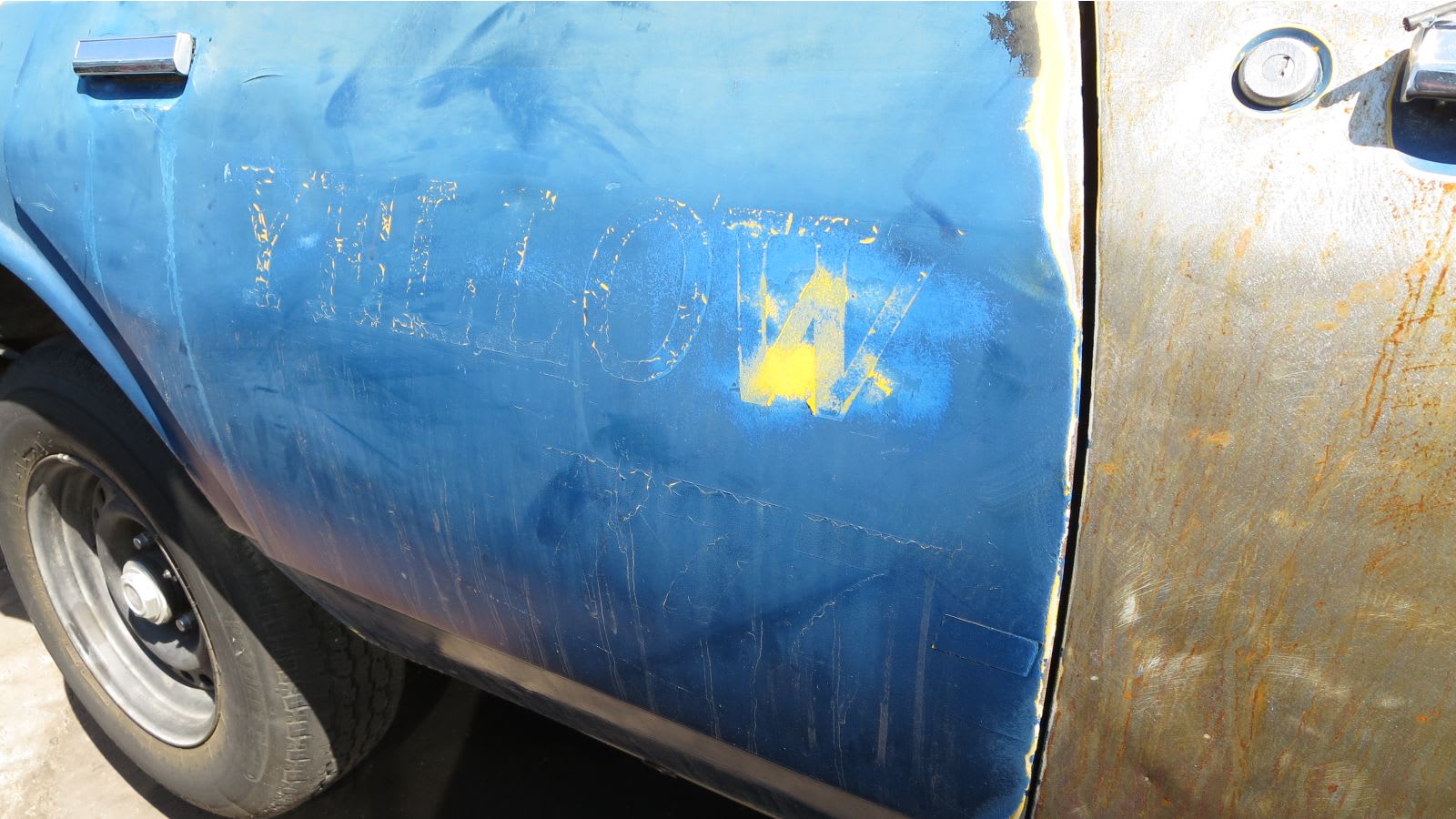 Someone shot a quickie layer of blue paint over the cab livery, but wasn't too worried about hiding the car's origins. How many trips to Stapleton Airport and (after 1995) Denver International Airport did this cab make during its career? Or did it come to Denver from some other city? 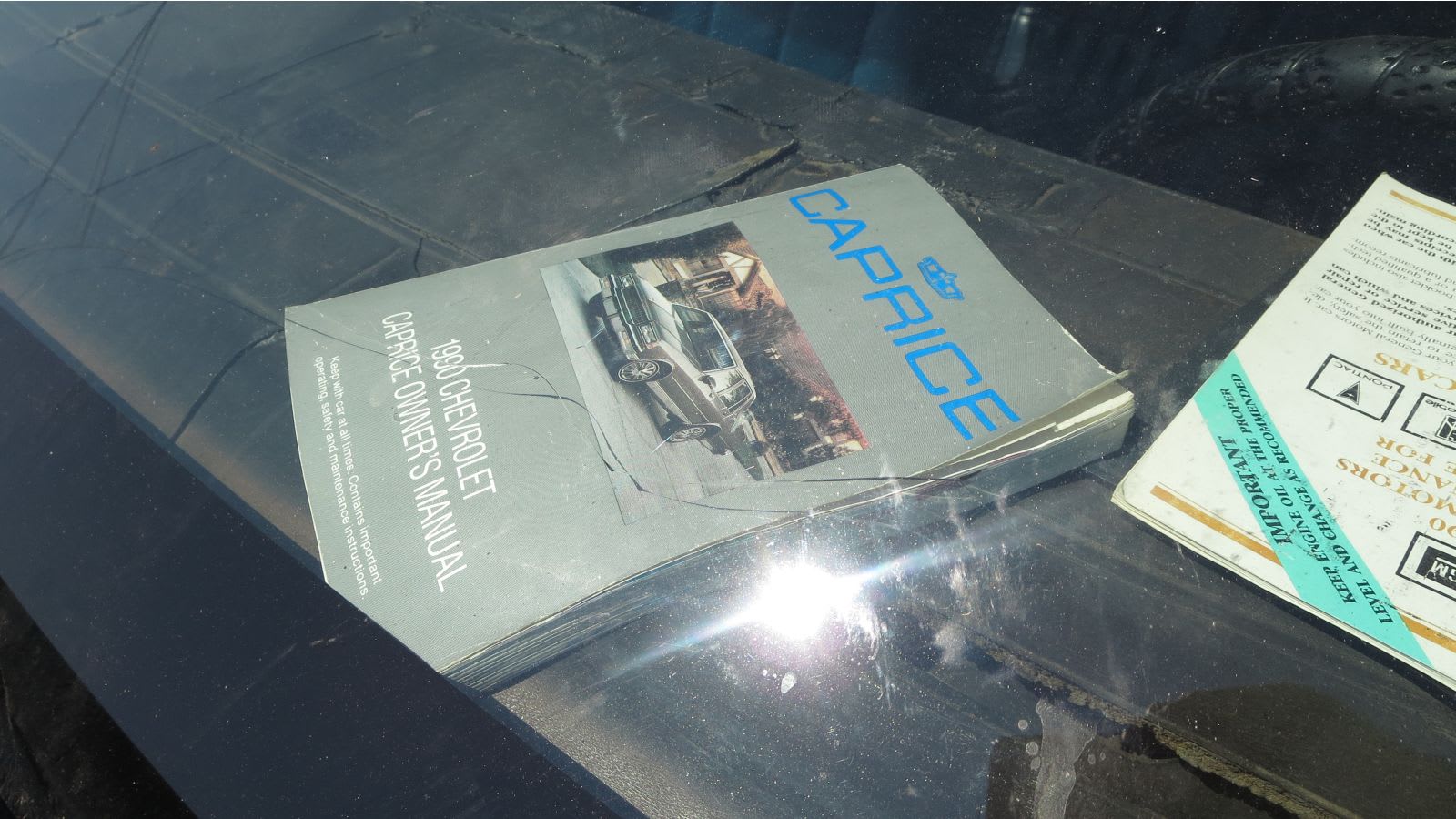 The original owner's manual is still inside. 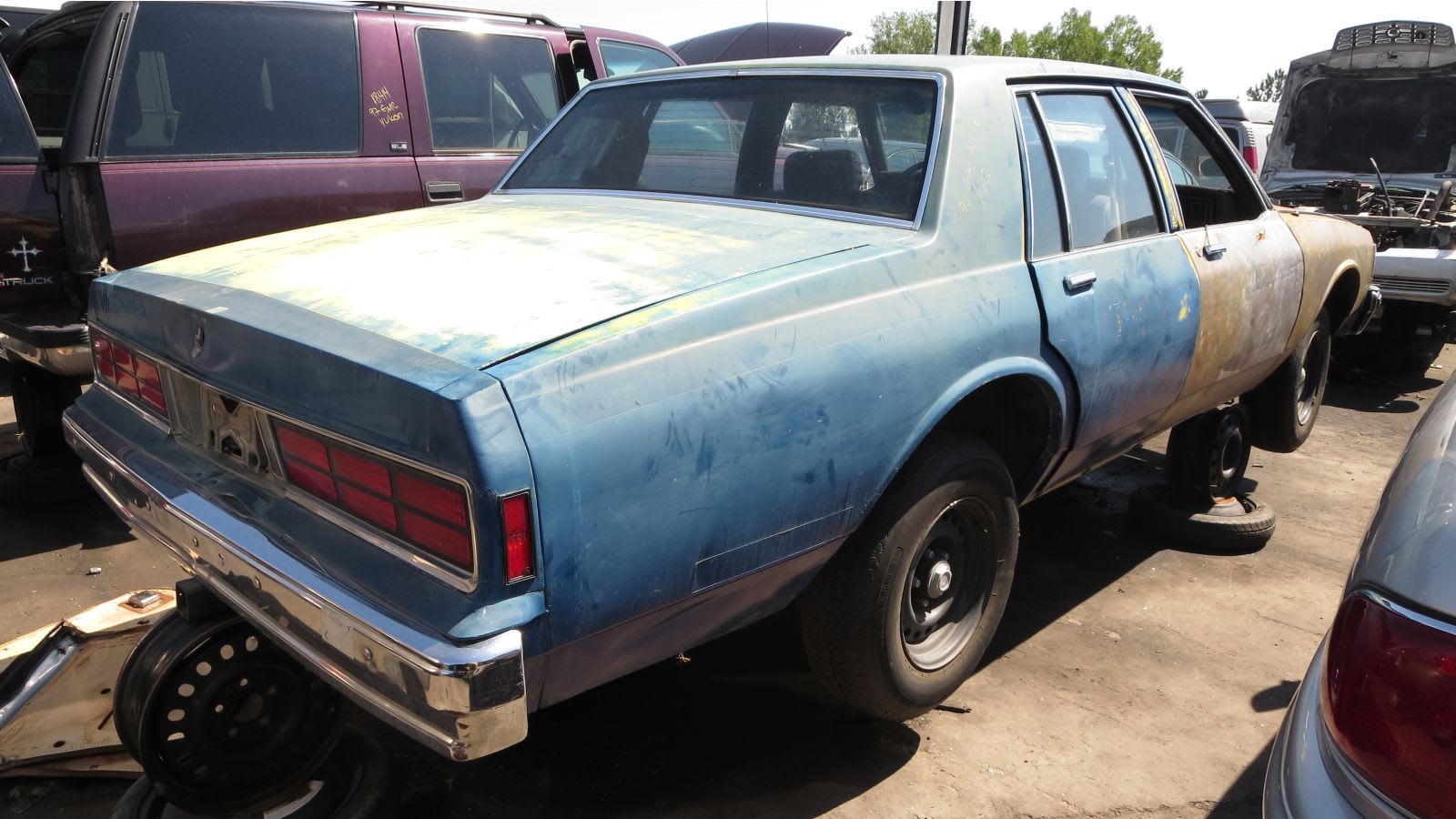 The 1990 Caprice got something of a bad reputation after a couple of murderous psychotics used one for their rampage in 2002, but we should forget about that and think of these cars as the final representatives of the period when full-sized boxy sedans ruled American roads. 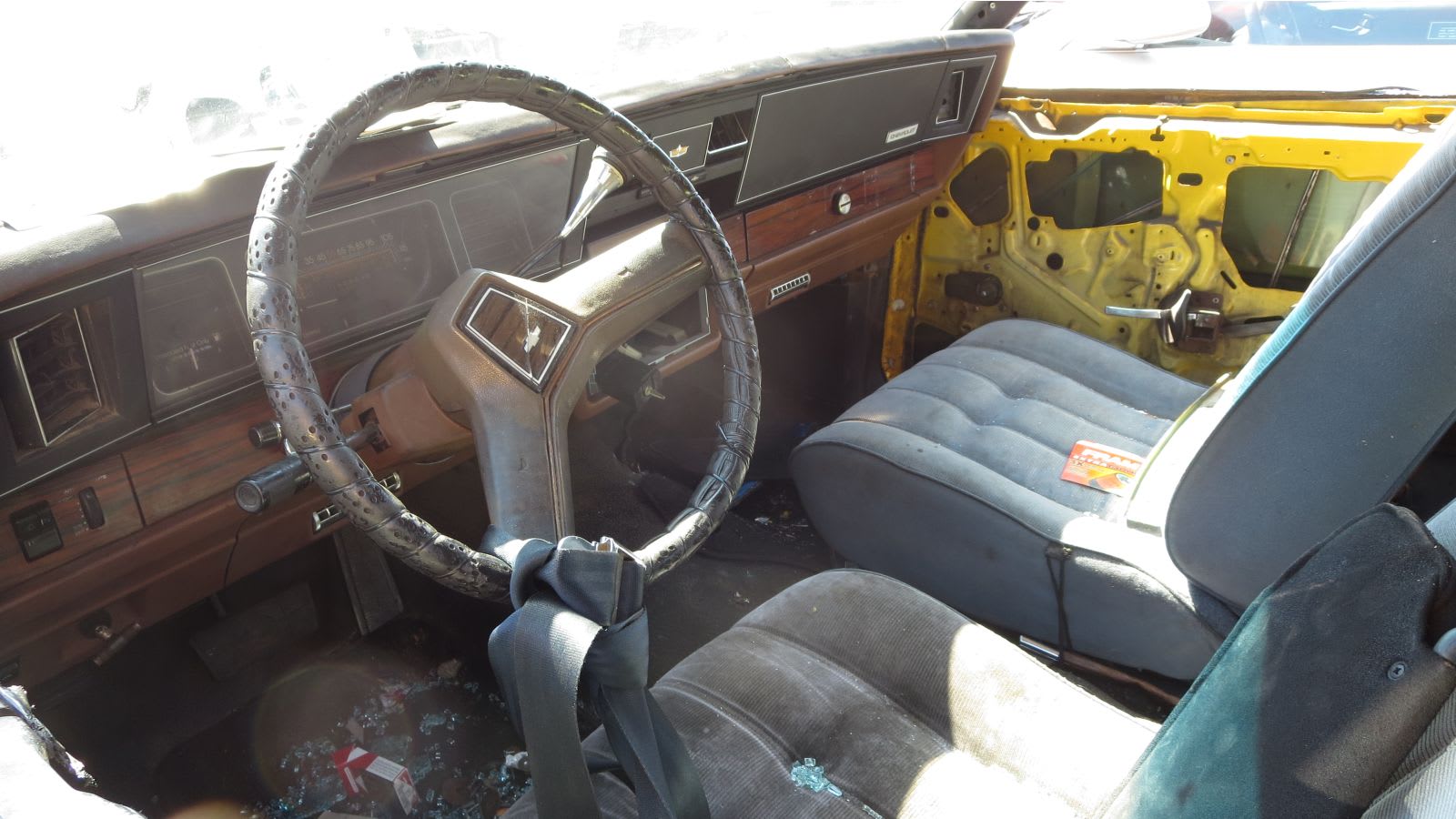 I still see these cars during my junkyard visits, but their numbers are dwindling fast.