DeLorean hovercraft is back with a slick trick video

Tony Markovich
This quirky floating DeLorean "hovercraft" has been around since the beginning of the decade, and we've written about it before, but a new video with hilarious footage was too fun to resist. Clips old and new have been patched together to create a five-plus-minute mixtape, all in hopes of selling the thing to a fan of the infamous automotive brand and Back to the Future franchise.

Originally launched as a Kickstarter, the floating DeLorean was built by a San Fransisco gentleman by the name of Matthew Riese. Since he first crafted the vehicle, which is a hand-made lookalike fiberglass and styrofoam shell on top of an original blueprint for a Universal Hovercraft UH-13P, Riese has continually improved upon the design. The 36-inch rear fan that pushes it is linked to a Briggs & Stratton Vanguard commercial engine, while the 24-inch lift fan gets its power from a Briggs & Stratton 875 Series engine. Its six-to-eight-inch vertical lift allows it to skate over any flat surface, and Riese claims it has a top speed of 31 mph on water.

For the past four months, Riese has been preparing to sell the hovercraft, and has given it a pretty hefty overhaul with a bevy of new parts, a new paintjob, and new rudders. To help with the sale, he created a video that shows the thing flying around on water and occasionally on land. It does spins, it lights up, and it even has opening gullwing doors.

The buy-it-now price is listed at $45,000, and Riese has appropriately decided to donate 10 percent of the sale to the Michael J. Fox Foundation for Parkinson's Research. 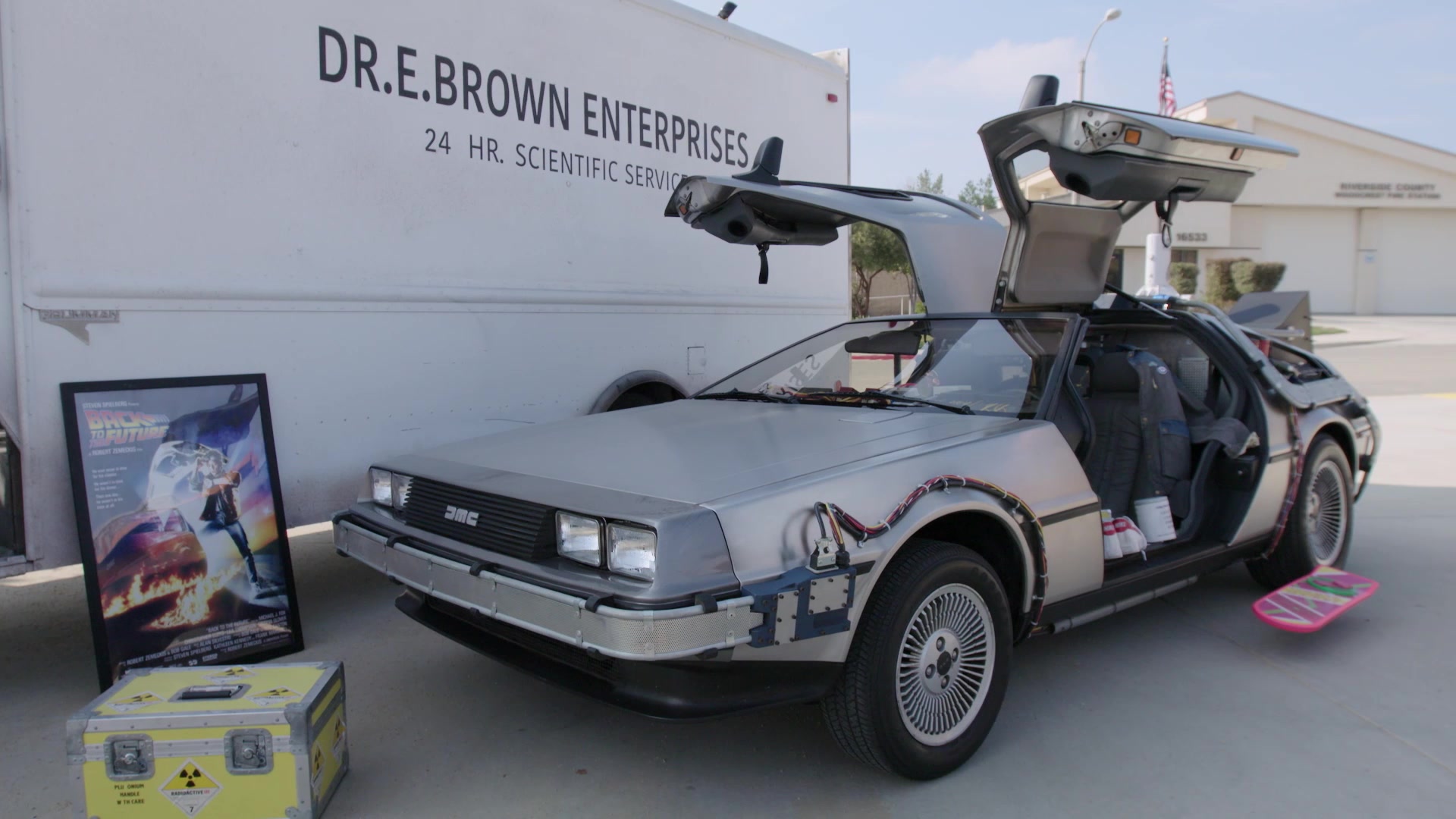