The new 3.0-liter inline-six engine is a quiet customer.

Mercedes-Benz was once enamored of the straight-six gasoline-powered engine. It was a stalwart in the brand's lineup, from the 3.9-liter supercharged M836 motor that powered its luxurious and sporty sedans in the mid-1920s until the 3.0-liter DOHC unit used in the W202 C-Class at the tail end of the 20th century. The straight-six was abandoned in favor of more compact and robust V6 and V8 configurations.

But the faithful Daimler engineers never renounced it entirely, and now it has returned, with a number of intriguing advantages, all of which we had the opportunity to experience recently while ensconced in two versions of the third-generation CLS four-door coupe — the CLS 450 (362 hp/369 lb-ft) and AMG CLS 53 (429 hp/384 lb-ft) — while in Barcelona.

There are many current benefits to the inline-six configuration — especially for the manufacturer. Back in the day when displacement ruled the world, V6 motors could be built off of the same, but shrunken, block as V8s. Now that our automotive multi-verse is organized around smaller motors and forced induction, it makes more sense to have an inline motor where the six-pot version can just be a further development of the inline-four. Do the math: Benz's forthcoming new 2.0-liter inline-four linearly extrapolates to this 3.0-liter inline-six. Welcome to contemporary economies of scale.

"We build one engine as a family," says Weller. "It must be flexible on the production line, and must meet the same hard mounting points in every car. This new block can do that."

Additionally, because it's a straight-six engine, and not a V, there is a nice long "cool" intake (non-exhaust) side to the motor on which many of these advanced components can be safely housed, obviating the need for pricey and complex systems to stabilize their temperature or prolong their lifespan. Compare that to the complexity involved in keeping the bits of a "hot-vee" turbocharged V8, like the company's biturbo 4.0-liter V8, cool and happy. More savings for Benz.

Intriguingly, there are benefits to the consumer as well. Much has been made of the unique mechanical and technological advances integrated in this motor, and they're quite impressive. It is the first Mercedes with a 48-volt electrical system, its intense (shocking?) power generated by what Mercedes calls the "Integrated Starter Generator," sandwiched between the motor and the transmission. 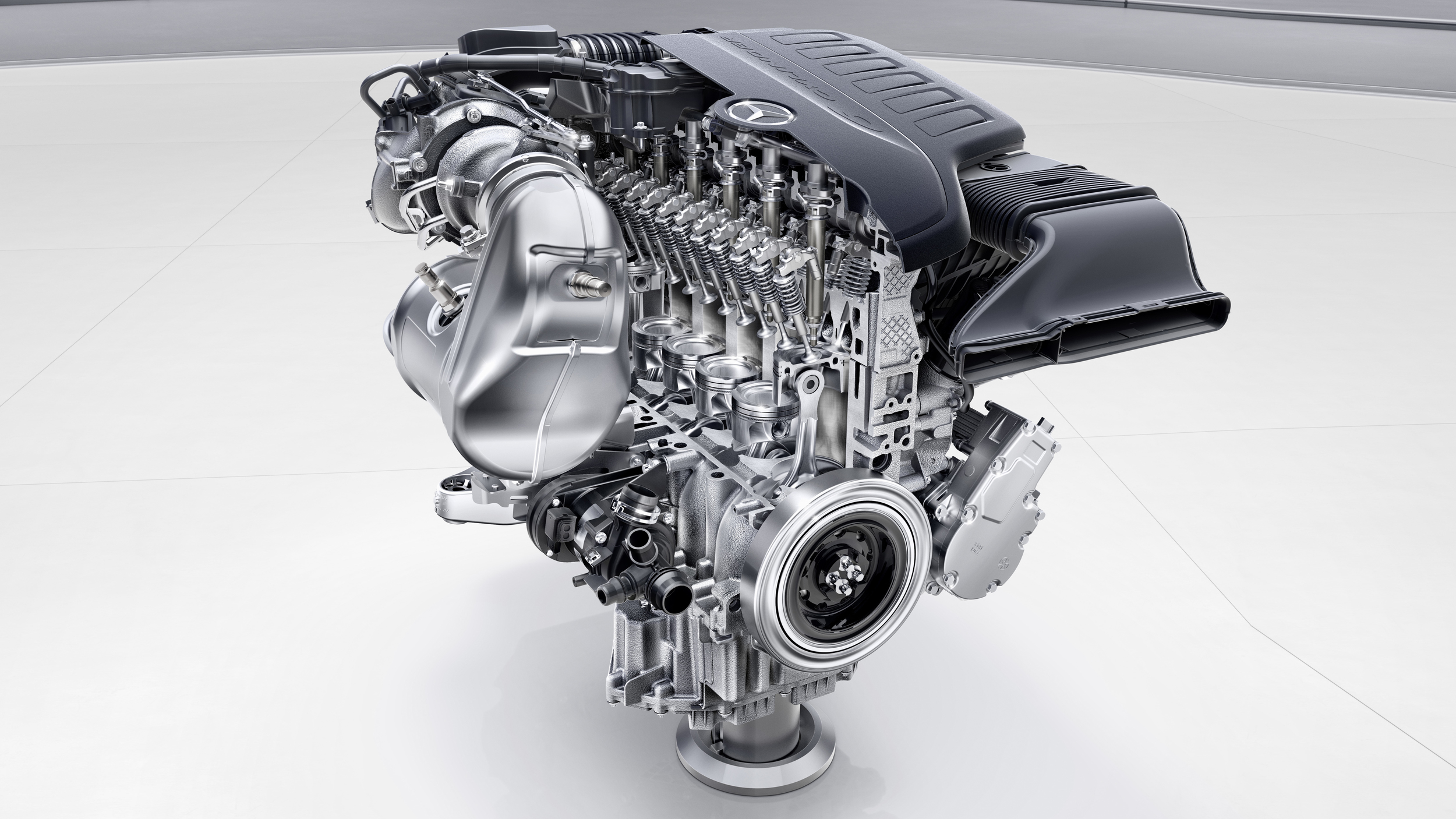 This potent apparatus is able to power a range of features far more efficiently than other lower-voltage motors, because it can do so without sapping much output from the engine. It can provide non-belt-driven capacity for accessory systems like the air conditioning and defroster. It can make the irritating stop/start system less irritating and even allowing it to operate seamlessly at highway speeds. It can even — in the AMG model — whirl up an electric supercharger that supplements the twin-scroll turbo while it's spooling up.

Additionally, the straight-six makes nearly as much power as the brand's twin-turbo 4.0-liter V8 in that motor's basic configuration, but uses 20 percent less fuel and emits 20 percent less carbon dioxide. But perhaps the biggest consumer benefit is the innate smoothness and balance.

"An inline-six has no free movements. The mechanism of the crankshaft is smoother, and so it has far less vibration than a vee engine," says Weller. "And we've even been able to reduce the idle speed from 610 rpm to 520."

All of this translates into an extremely quiet and serene driving experience, even eerily so when the so-called Sailing Mode sets in, shutting off the engine at freeway speeds under zero load situations — when you let off the gas pedal, or are drifting downhill — and then restarting it again without shudder.

"It is practically a vibration-free car," says Weller.

The exhaust note, even in the loudest Sport+ mode is melodic and technical. There's just a bit of expectoration at upshift, but it's not exactly exciting and it disappears entirely in Sailing Mode. At one point while another driver was at the wheel, we wondered if Mercedes is intentionally removing engine life and note in order to prepare us for our autonomous/electric future. But then we relaxed into the massaging seat and just enjoyed the view of the Montserrat range, and the sea. 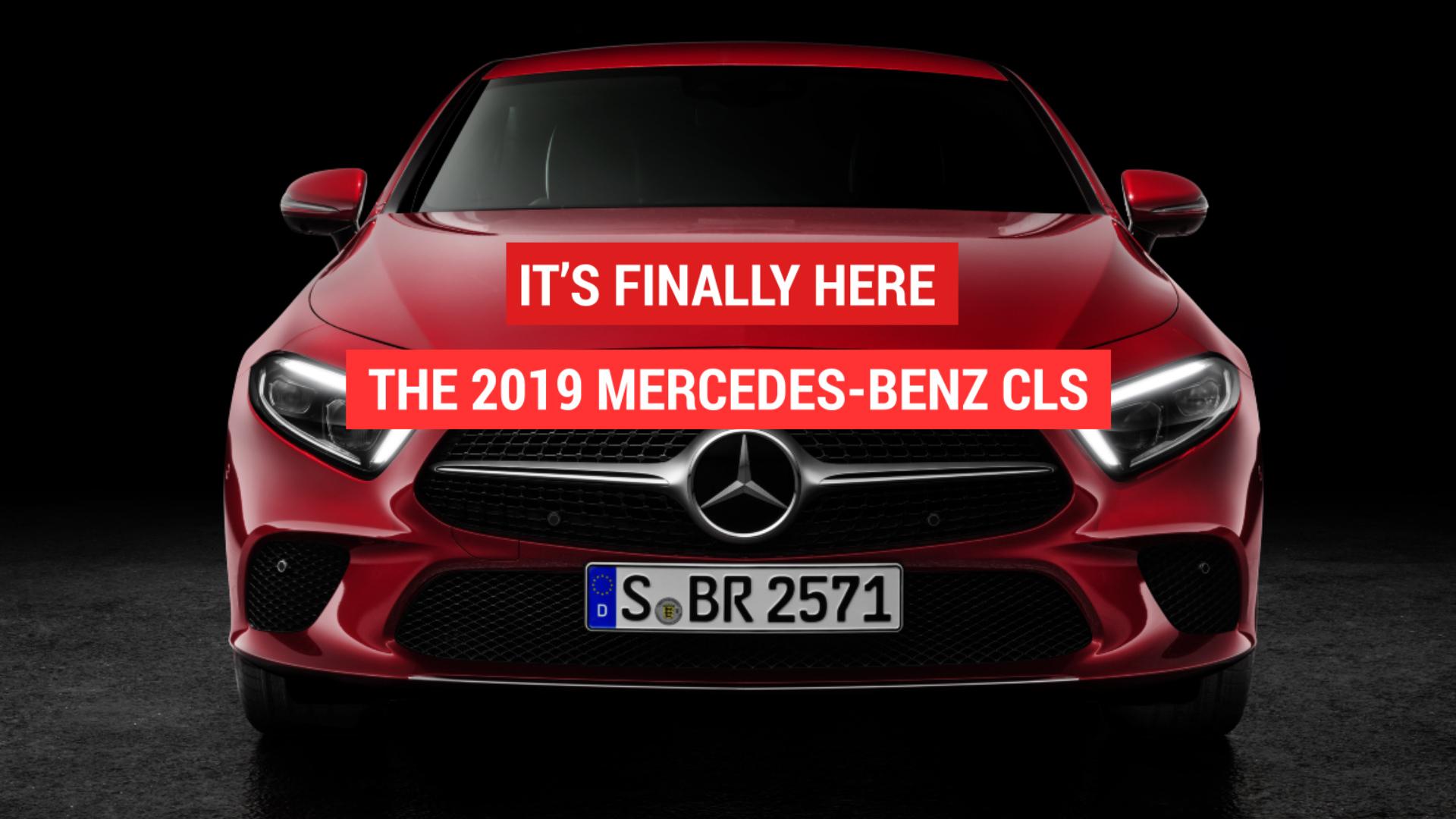