Sounds like the next X4 could gain a more premium feel, inside and out

The answer to the question nobody asked is back again, with BMW set to launch the second generation of its X4 crossover. Dubbed a Sports Activity Vehicle by BMW, the original X4 received surprisingly good reviews, with solid engineering underpinning its junior X6 liftback styling. BMW has shipped 200,000 X4s since its 2014 launch, which isn't bad for a bonus SUV/ crossover off the X3's solid underpinnings.

Effectively a more design-focused version of the X3 SUV, the second generation X4 will be bigger than the original, growing 3.2 inches to measure 187 inches from bumper to bumper. It should also be bigger inside, with a 2.1-inch stretch in the wheelbase to 113. BMW has added an inch and a half to the overall width, as well. It's roughly the same height as before (just 0.1-inch lower than the predecessor at the 64-inch roofline), but the overall theme is a more mature overall design, adopting the slightly hexagonal wheel arches of its larger siblings.

The reborn X4 also comes with an optional 2.2-inch touchscreen display on the car key — great for showing off to casual acquaintances at the coffee shop. A technology that made its debut on the 7 Series, the key can be used to lock and unlock the car, close or open its windows or crank up the heating whenever it's not being used for an ostentatious display. 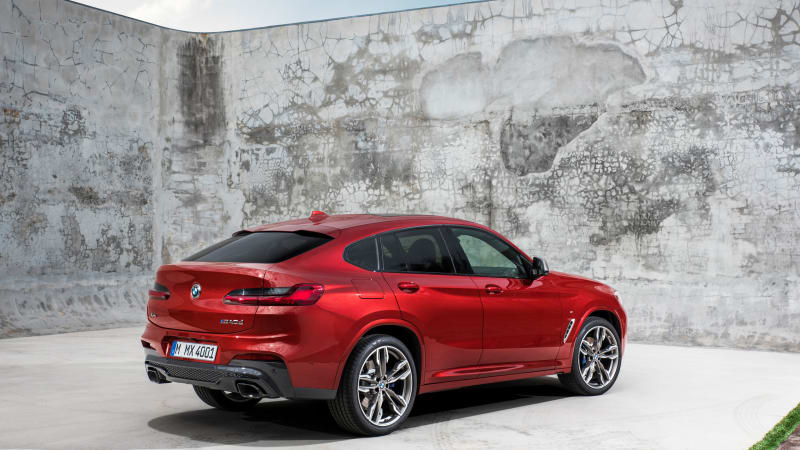 When the next X4 arrives in October, it will do so with an array of powertrains, starting (at least in Europe) in xDrive 20i guise with a 2.0-liter, four-cylinder producing 181 horsepower and all-wheel drive. It will top out with petrol and diesel versions wearing an M40 badge. The quickest of them, just, will be the X4 M40i, with its gasoline-fueled and turbocharged inline six's 355 horsepower and 369-pound-foot pushing it to 62 miles per hour in 4.8 seconds.

Like its predecessor, the M40i uses the same N55-coded engine as the M2, with the only significant change being a different oil system (on the assumption that it will see less track time than the little coupe). It has the same power and torque outputs as its predecessor, too, but somehow manages a tenth of a second improvement to 62 mph, while being limited to the same 155-mph top speed.

BMW has yet to declare a weight for its fastest X4, but it's sharing the same architecture as the critically acclaimed new X3, so it could be up to 110 pounds lighter than its 4,056-pound predecessor. It's also supposed to be 10 percent better in aerodynamic efficiency, pulling the coefficient of drag down to 0.30, which BMW claims is class leading.

The turbodiesel M40d won't be a slouch, either, covering the same acceleration run in 4.9 seconds — just 0.1 second slower than the petrol-powered version. A far bigger difference between the two is the fuel consumption. The M40i uses 9.0 liters/100km on the NEDC cycle (a tenth of a liter worse than its predecessor), while the M40d pulls that down to 5.4 liters/100km. While those numbers won't easily convert to anything resembling a U.S. mpg rating, it's easy to see how much more efficient the diesel will be. In Europe, BMW will launch the xDrive25d as the next-step diesel version. A third diesel wearing an xDrive30d badge will arrive later. 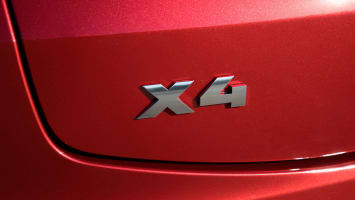 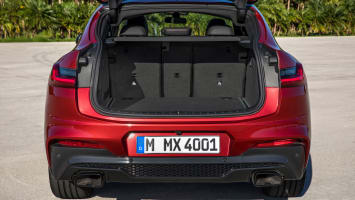 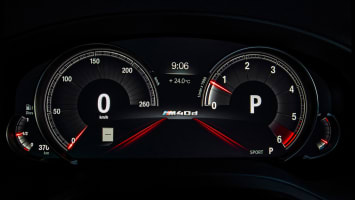 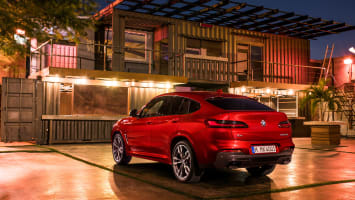 They are particularly techy things, with the gas variants using twin-scroll turbochargers, direct fuel injection, variable valve timing and lift and variable camshaft control. There are even particulate filters, even for the petrol engines. For the diesels, oil squashers squirt the fuel into the combustion chambers at up to 36,000 PSI of pressure to help them meet EU6 emissions regulations, along with an oxidation catalyst, an NOx absorption catalyst, an SCR catalyst, AdBlue injection and a particulate filter.

Here in the States, we wouldn't be surprised to see BMW carry over the previous X4's xDrive28i and X4 M40i monikers. If that's the case, the base engine would be a 2.0-liter turbocharged four-cylinder making 240 horsepower, and the upgrade would be a big one that brings with it a turbo'd 3.0-liter inline six spinning out 355 horsepower. We'll have to wait and see if BMW is able to upgrade these powerplants for the new generation X4.

All of the powertrains use all-wheel drive (eschewing the trend of front- or rear-wheel-drive entry models), and all of them use eight-speed automatic transmissions. Added to that, everything beyond the entry-level models will have launch control (for some reason) and they can all switch between Sport, Comfort and Eco Pro modes. BMW adds a sharper Sport+ mode to the six-cylinder models. 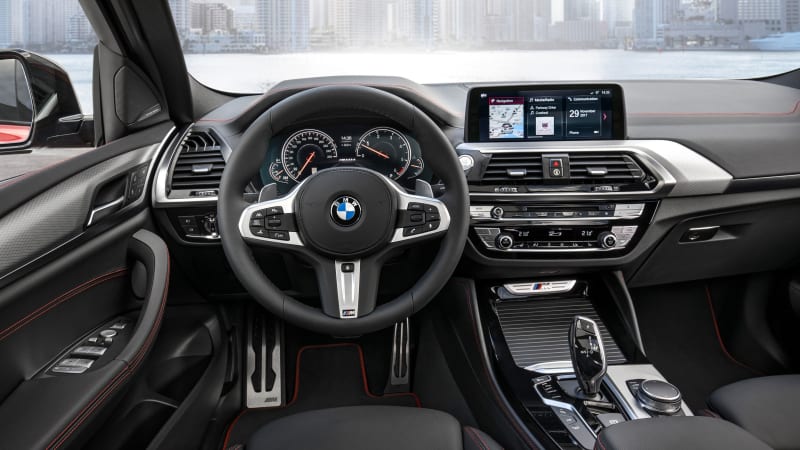 The major criticisms we had of the 2014 X4 were its limited rear headroom and, especially, the obvious cost-cutting and cheap materials used in oddly conspicuous places around the cabin. The luggage area retains its 18.5-cubic-foot capacity, though it can rise to 50.5 cubes if the 40:20:40 split rear seat is folded flat, either from the seat or remotely from the cargo area. Drivers can also individually adjust the three backrest angles to manage odd cargo sizes.

The front seats have been redesigned, though BMW has not mentioned any updates to the X4's particularly flat and uncomfortable rear seats, except to say its passengers now have a bit more knee and leg room. It has added knee pads on the both sides of the centre console for the front seats, six mood-lighting interior colors and what it claims to be "more premium" materials throughout. There's a bunch of interior options, too, including active ventilation, three-zone climate control (complete with a choice of eight scents) and a large two-piece glass roof.

The new X4 also scores a built-in SIM card and BMW's latest generation iDrive for the infotainment system. That system is now based around a 6.5-inch display atop the dashboard, while an optional navigation setup pushes that out to 10.25 inches and adds a touchscreen function. There have been steps forward in the voice-control system to allow more real-world questions, plus a gesture-control option, while the X4's optional head-up display is 70 percent larger and now is much clearer, with 400 x 800 pixel resolution. Connectivity options include both Android Auto and Apple CarPlay, while drivers can choose which interface to use on its Open Mobility Cloud platform. It encompasses everything from the Apple Watch to smartphones to Amazon Alexa or Google Home voice-controlled personal assistants.

BMW has made LED headlights and taillights, twin exhaust tips and 19-inch alloys standard across the range. Here's hoping that adds up to a more premium-looking vehicle, and that the small improvements in interior space and materials makes it slightly more useable in day-to-day activities. We expect U.S. specs to come soon, so stay tuned for more. 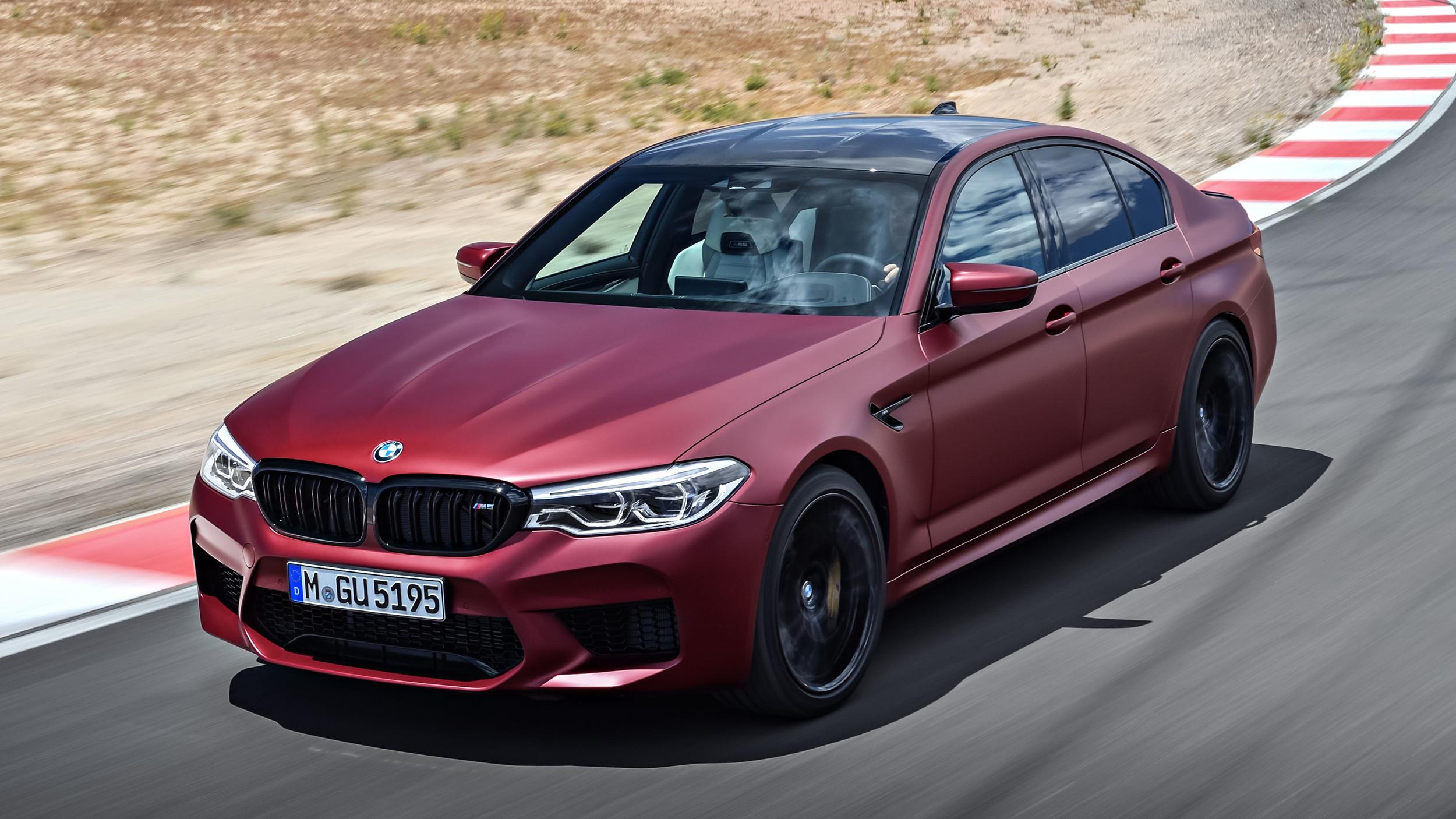