It's so quiet compared to its diesel brethren.

A brief clip of a Tesla Semi prototype has hit YouTube, showing the battery-electric rig painted in a matte black driving down a street in an office park campus. The main impression gleaned from the 8-second clip from user Brandon Camargo is how quiet the electric semi is compared to diesel versions.

Notably, the prototype in the new video is equipped with the more conventional dual-tire configuration on the rear axles. Back in December an Instagram user captured footage, since removed, of the Semi rolling around the Tesla headquarters in Palo Alto, Calif. with single tires on each side of the rear axles. It also showed that the prototype was using rear-hinged "suicide" doors rather than the conventional front-hinged versions, though that's difficult to glean from the new footage. The new video clearly shows the truck's unconventional center-cabin driver position that earned critical comments from Autoblog's Jonathon Ramsey, a former truck driver.

Tesla has said the Semi will get 500 miles of range at maximum weight of 80,000 pounds at highway speeds. Production is supposed to begin in 2019, though Tesla hasn't said where it intends to build the rig. But fleet operators including Anheuser-Busch, UPS, DHL and Pepsi have made pre-orders for the truck, which starts at $150,000. 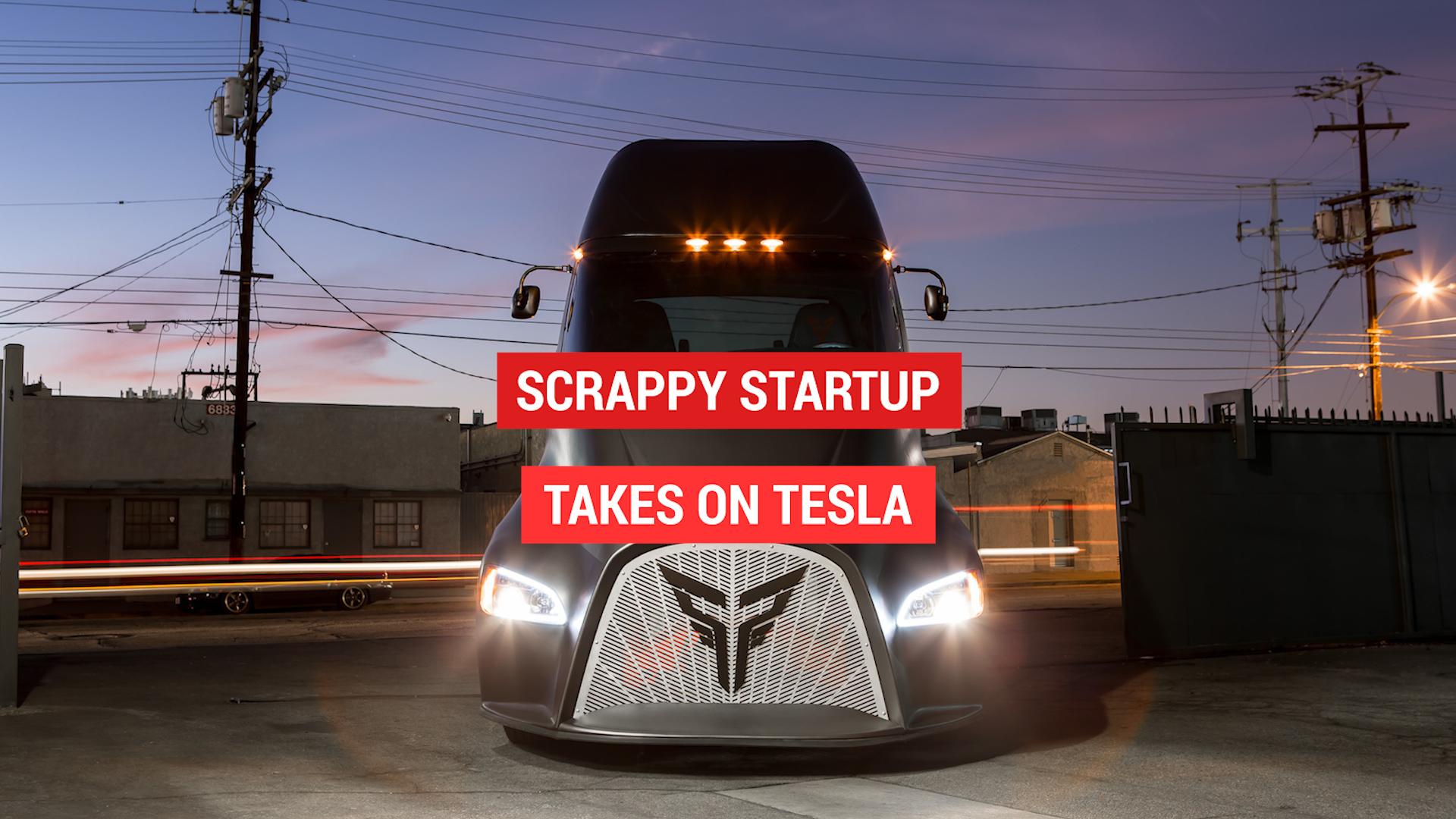