Self-driving vehicles will be available on-demand in Normandy and Paris-Saclay.

John Beltz Snyder
For many of us, self-driving cars still feel like part of some vague, distant future. For others ­– and a lot of it depends on where you live ­– autonomous vehicles are already starting to color the landscape. In parts of France, autonomous driving is just around the corner. Delphi Automotive and French mobility company Transdev will launch automated, on-demand ride services in the city of Rouen in Normandy, and at the Paris-Saclay research and business district south of Paris.

Transdev has already launched an on-demand autonomous mobility pilot in Rouen, and, together with Delphi, will expand testing of both door-to-door and first-mile/last-mile services, moving on to a commercial service. This is being hailed as the first on-demand automated mobility service on an open road in the EU. The Paris-Saclay service will be a fixed-route shuttle between the train station and the Paris-Saclay campus. This route will initially be serviced by a minivan and will eventually be upgraded to an electric shuttle or bus.

The systems will use Delphi's autonomous driving platform, called the Centralized Sensing, Localization and Planning (CSLP) platform, which the company is developing with Mobileye. Transdev will supply its Universal Routing Engine (URE) and remote control-command software. Both the Rouen and Paris-Saclay services will be overseen by dispatchers and monitors at a safety control center.

Delphi and Transdev don't intend to stop with these projects, and have plans to commercialize the system for deployment around the world. "With Delphi's expertise in driverless technology, we will accelerate our capabilities to develop a global autonomous transportation system, from client interface to vehicle intelligence," says Transdev Chief Performance Officer Yann Leriche. 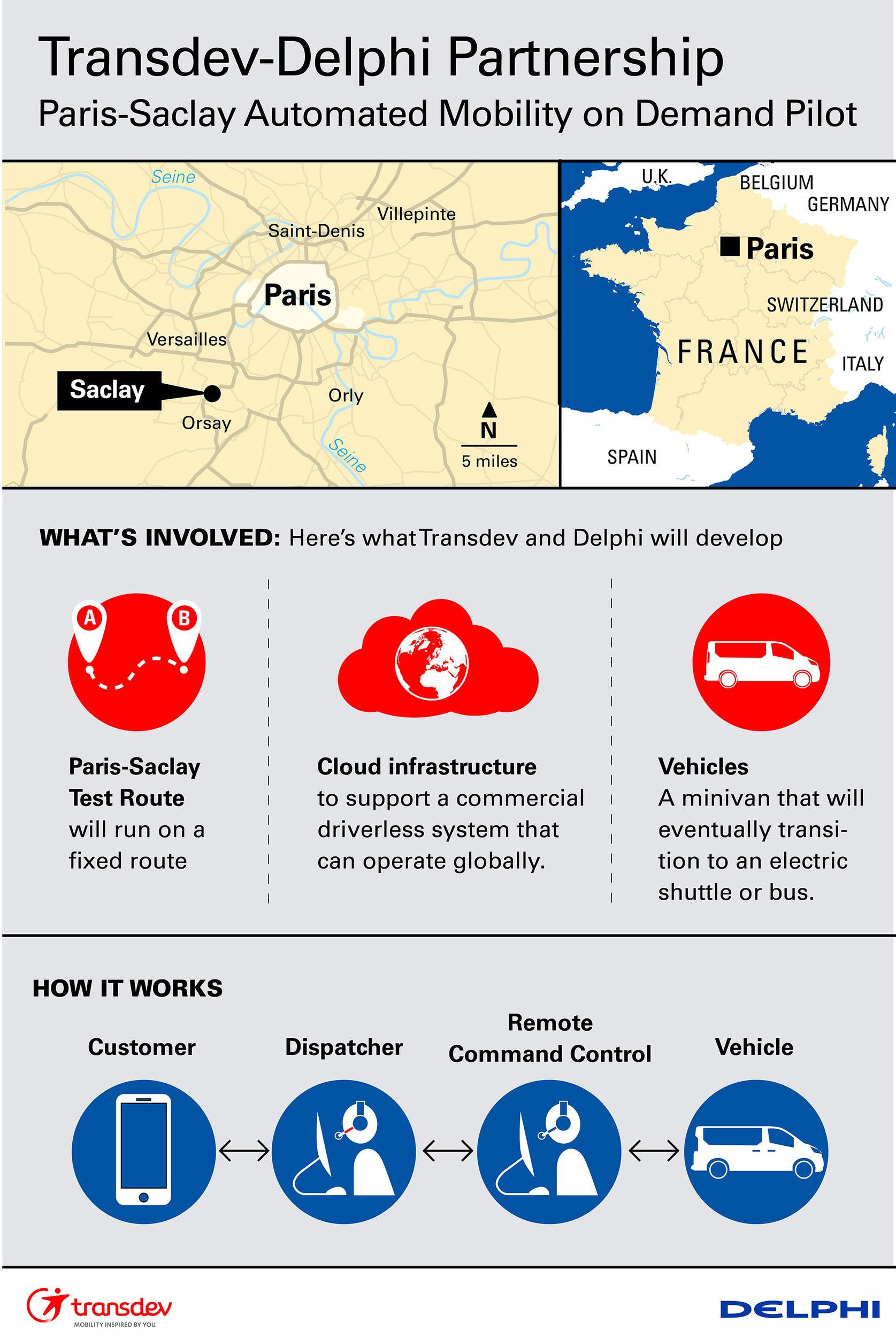