Pete Bigelow
UPDATE: This story has been updated with more information on states seeking to either remove or limit the size of Confederate flags on license plates.

Whether its emblazoned on bumper stickers, license plates or vehicles themselves, the Confederate flag has been a fixture of the automotive landscape for as long as cars have been on the road. This week, that's changing. A key Supreme Court ruling and the response to the Charleston killings has compelled public officials and private companies alike to call for the removal of the Stars and Bars from many cars.

In Virginia, Governor Terry McAuliffe said Tuesday he has directed the state's motor vehicle division to prepare for the removal of license plates issued with the Confederate emblem. Removals won't begin immediately. Instead, McAuliffe said he wanted to lay the legal framework or the removals and have a plan for replacing already-issued plates as "quickly as possible." Later, Fox5 in Washington D.C. reported Virginia motorists will have 120 days to trade in their Confederate plates. "Even its display on state-issued license tags is, in my view, unnecessarily divisive and hurtful to too many of our people," McAuliffe said in a written statement.

He noted his intentions were made possible by the Supreme Court's decision last week in Walker v. Sons of Confederate Veterans, in which the nation's high court upheld the right of the Texas DMV to keep the Confederate emblem off state specialty license plates. In the 5-4 ruling, the justices said the government is entitled to promote or restrict viewpoints in its speech. The decision reversed previous precedents.

Including Virginia, nine states have specialty plates with similar Confederate emblems. Texas had deemed the plates too offensive, and now it appears Virginia may be the first state with an existing plate to seek its removal. The governors of North Carolina and Tennessee have also called for the removal of the Confederate emblems from their license plates. Only hours after he said he'd seek no changes, the governor of Georgia has asked for a redesigned version of his state's Confederate license-plate offering.

The removal of the Confederate flag in the automotive realm goes beyond license plates. Warner Bros. Consumer Products, which licenses die-cast replicas and vehicle model kits featuring the General Lee, said Tuesday it will stop production of these toys. The ever-popular car from The Dukes of Hazzard television show, features the Stars and Bars emblazoned across its roof. "We have elected to cease the licensing of these product categories," the company told Yahoo!, which first reported the news. 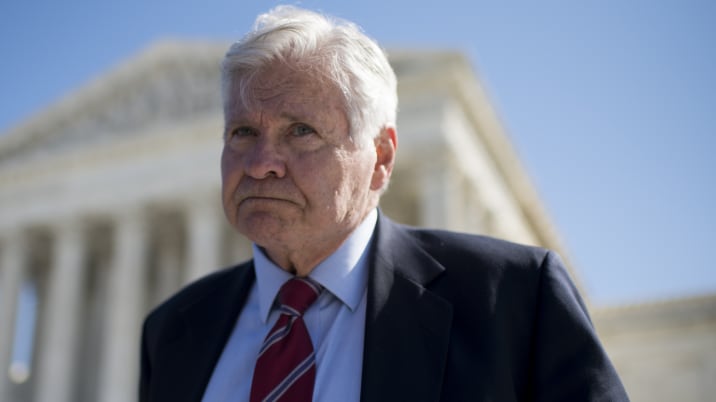 Ben Jones (pictured above), who played Cooter on the show and later represented the fourth district of Georgia in the US House of Representatives, is an active member in the Sons of Confederate Veterans. Reached by phone, he tells Autoblog he's saddened by the controversy this week and that he disagrees with the decision.

"This has become a mania, a hysteria, about the Confederate battle flag, and I've just had so many different experiences with it in my life," he said. " The Dukes of Hazzard is on TV in 50 countries, and that thing is beloved. ... It's an international symbol of independence and rebelliousness. For me, it's never meant anything racist. As someone who wants to bring people together, I find this very frustrating."

In his view, the Confederate flag's true nature has been unjustly coopted by racists like Dylann Roof, who stands accused of gunning down nine churchgoers in the Charleston massacre. Jones likened its misuse to the way Ku Klux Klan members masked their identities with bedsheets. "We still sleep on bedsheets, don't we?" Jones asked. He sees the latest controversies regarding the flag as the latest example of Northerners and the media creating cartoonish caricatures of Southerners.

"I think it has to do with the North projecting all of the sins of the nation onto the South," Jones said. "Across the US, the South is getting beat on. Hell, we lost the war, and we still have our nose rubbed in it, if you know what I mean. I've seen the South come a long way in 73 years – a long way – and I'm proud to be a part of it and see that."