Noah Joseph
The city of Toledo is mourning the loss of its mayor and the campaign to keep production of the Jeep Wrangler in the Ohio city has lost a champion after Michael Collins suffered a heart attack behind the wheel recently.

Born, raised and educated in Toledo, Collins was a Marine Corps veteran and a city councilor. He was elected mayor in 2013 and assumed office on January 2, 2014, a little over a year ago. He was driving an SUV provided by the city in a snow storm on February 1 of this year when he suffered a heart attack and crashed into a utility pole. He remained in critical condition for days until he was taken off artificial life-support.

During his relatively short term in office, Collins became an outspoken and energetic advocate of keeping the Jeep plant in Toledo, where it has been assembled for decades. The next-generation Wrangler is set to switch to aluminum construction, which could lead to moving its production to another location, but Collins (alongside Governor John Kasich and others) had worked hard to convince FCA US to keep it in town.

Whether his efforts will prove successful remains to be seen, but our hearts go out to his friends, family and constituents. Michael is survived by his wife Sandy, three daughters and eight grandchildren. He was 70 years old. 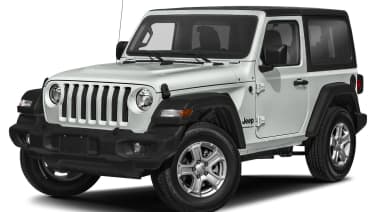 $25 - $826 Nat'l avg. savings off MSRP
See Local Pricing
I'm not in the market for a vehicle at this time. Please move this suggestion to the side for 30 days.
Huge Savings