This is the last Tesla Roadster

Four years and 2,600 Roadsters later, Tesla is putting its first production vehicle out to pasture at the end of this year. But how do you celebrate the last of a breed? A sports car that put Tesla on the map? With a special edition, of course. And the Roadster you see here isn't just one of five Final Edition Roadsters – it's the last one to ever be produced.

Sporting Atomic Red paint, a duo of dark silver stripes on its hood and rear clamshell, along with exclusive anthracite aluminum wheels, this is number four of five Final Editions slated for North America. Originally, it was headed north of the border, but when the Canadian buyer realized importation would be an issue it went back on sale here in the States. We're sure someone is itching to sign the papers, grab the keys and never look back.

Tesla says each sales region – North America, Europe and Asia – will get five Roadsters specced out exactly as this one, and while there are no performance modifications, with only 15 on the planet, they should fetch a nice purse at the 2035 Barrett-Jackson auctions. 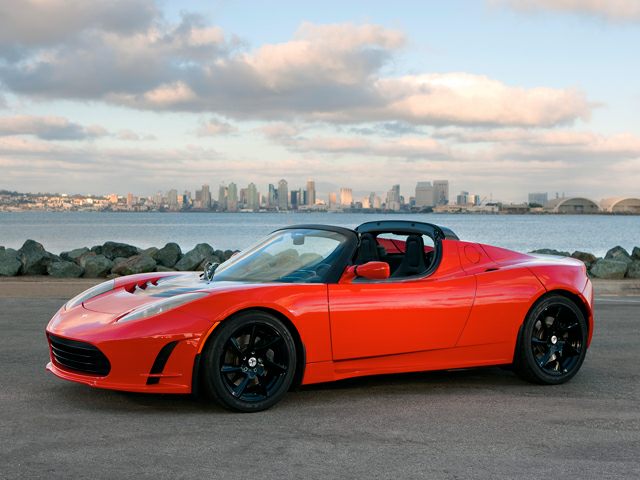