Who would you think would hold the record for the world's longest drift? Tanner Foust in a Scion? Sam Hubinette in a Dodge? Ken Block in a Subaru or a Ford? Maybe Vaughn Gittin, Jr. in a Mustang? If you guessed the latter, you would be right. Or at least you would have been up until last week.

Over the weekend at Mercedes-Benz World at Brooklands in the UK, one Mauro Calo set a new record by drifting a C63 AMG for a continuous 2,308 meters (7,572 feet) – that's nearly a mile and a half of uninterrupted sideways driving, or a solid 394 meters (1,292 ft) longer than the unofficial record Gittin set down in December of 2008 at the Las Vegas Motor Speedway.

What makes the feat – achieved in a showroom-stock production vehicle on dry tarmac – even more impressive is that it was achieved not on a fat band of pavement, but on the narrow strip around M-B World's handling circuit, beating the previous record by more than the length of a Nimitz-class aircraft carrier in the process. Follow the jump for to watch a video of the feat and the press release, and don't forget to check out the images in our high-resolution gallery.

Today, 19 June, Mauro Calo proved his driving flair by breaking the world record for the longest car drift at Mercedes-Benz World, Surrey. Mauro smashed the existing World Record by 394 metres achieving a total distance of 2308 metres to add his name to the record books and the title to his established driving career.

To achieve the record breaking distance, Mauro chose part of the Handling Circuit at Mercedes-Benz World, Weybridge Surrey. The circuit provided a complete 360 degree circle of tarmac which saw him complete almost 8 laps.

Mauro is no stranger to Mercedes-Benz World as his career as a professional driver includes working at the venue providing driving experiences to guests and also entertaining crowds with precision driving skills in the dynamic Silver Arrows Display.

Andrew Mallery, Commercial Operations Director, Mercedes-Benz Cars commented: "When Mauro approached us to hold his record breaking attempt on the circuit at Mercedes-Benz World we were happy to offer him the support. He has been a valuable member of the driving experience team for several years and is a respected driver in the industry, so there was no doubt he would achieve his aim". 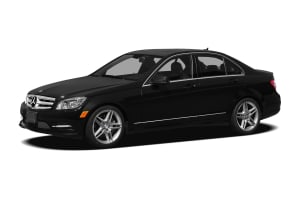