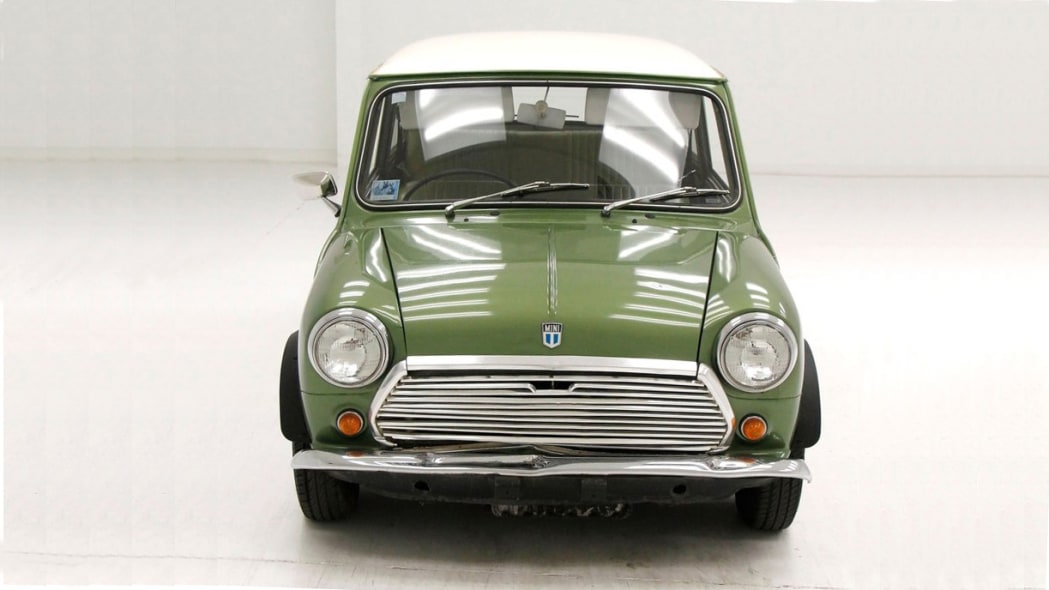 That kind of disparity can be seen in the vehicles we've assembled here today. Our editors scoured eBay's digital marketplace in search of the perfect project car with a $20,000 budget, and the choices are wide and varied. There are sporty little runabouts, American barges, German SUVs and more.

Without further ado, click on the plucky green Mini up above to get started. 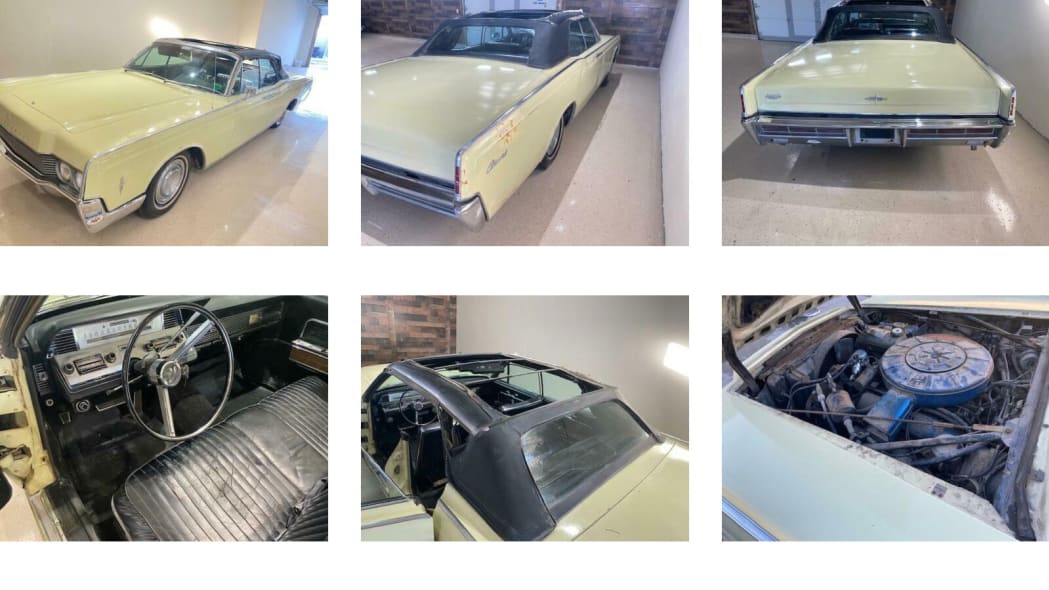 The last thing I'd want is a project car with significant rust. This 1966 Lincoln Continental needs plenty of work, but all the factory metal seems to be in good shape. That top, on the other hand, is gonna take somebody lots of time and effort to get right, particularly all the bits and pieces that make it raise and lower.

No matter. I've always loved these four-door convertibles, and according to the seller, this Conti starts, runs and drives under its own power, which ought to greatly reduce the complexity of its resuscitation. If it were me footing the bill(s), this would be more of a path to roadworthiness than a proper restoration, because I'd want to enjoy the wind in my hair as quickly as possible as I waft down the highway in my own personal land yacht. — Consumer Editor Jeremy Korzeniewki 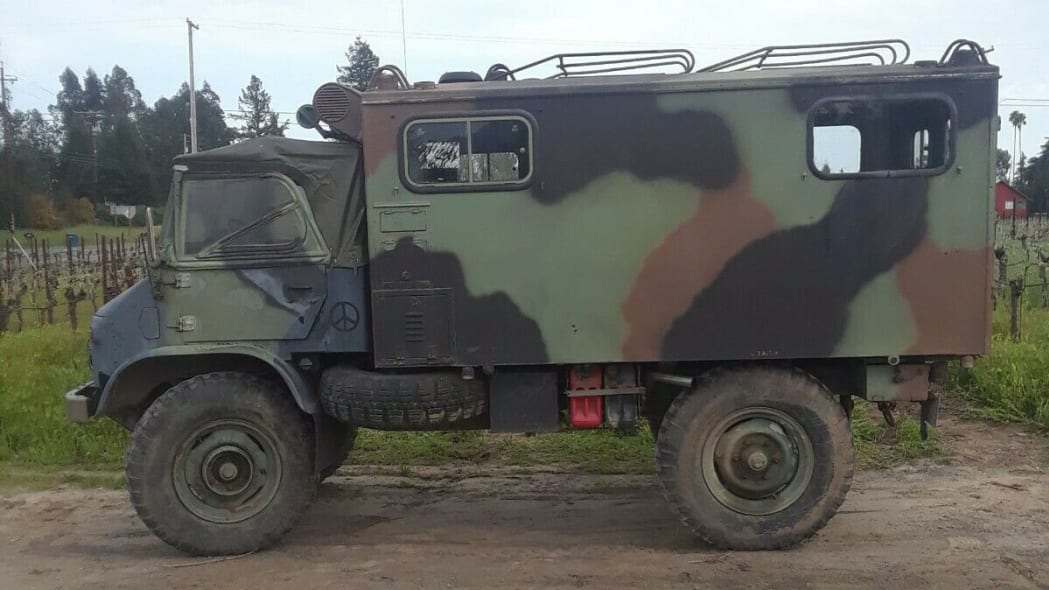 In the pantheon of legendary off-roaders, few are as vaunted as the Mercedes-Benz Unimog. It’s built its reputation for toughness and capability being used in everything from military work to agriculture. And being a military vehicle with all variety of multipurpose boxes fitted to its chassis, plus its availability around the world, it’s arguably the ultimate overland machine.

If you’re handy or have the money to pay someone who is to work on this, this ex-military 1966 Mercedes Unimog 404.1 could be perfect. According to the seller, this used to be a radio truck until a previous owner began converting it to camping and overlanding use. It even has a generator for electricity as well as an original gasoline heater. There’s plenty to busy yourself with before taking it on a trip, though. The seller notes it needs a new clutch, and the engine, which was apparently in running condition, needs to be put back together. The seller was curiously short on details on this aspect.

Just for your information, as a 1966 model, this should have a gasoline engine, not a diesel, which became available later. But once it’s all together and running, you could probably take this thing on an intercontinental road, or off-road, trip. And it’s go-anywhere ability will let you maintain your social distancing. — News Editor Joel Stocksdale 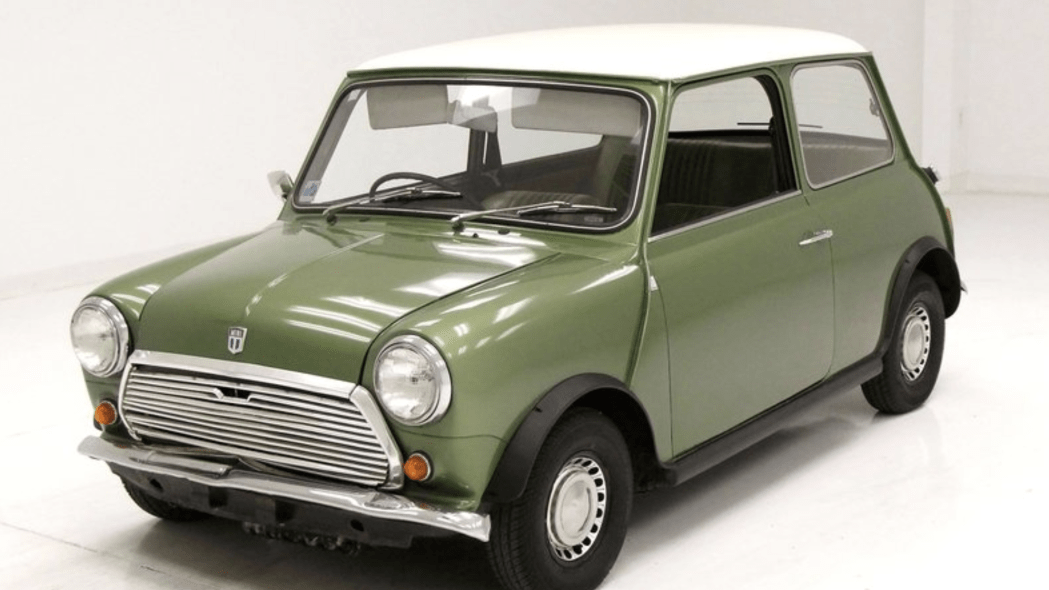 This 1973 Morris Mini has a few issues, but I’m not buying it to do a full restoration. Instead, this project car is going to get an engine swap. The original four-cylinder is coming out, and a Honda VTEC engine is going in. Swap kits for such a project exist, and I would definitely go that route. As much as I adore the B Series in my Integra GS-R, I’d opt for a Honda K Series engine in my classic Mini for the extra power and torque that comes with it. Ideally, I’d be making around 200 horsepower in a car that doesn’t weigh much more than 1,500 pounds. Will this amount of power attempt to tear the front wheels off the Mini? Perhaps. I’d do everything possible with a suspension, wheel and tire package to keep things under control. The classic Mini exterior looks and interior will remain as much as they can. Fatter tires will be necessary, but I’d like it to retain the cute Mini styling.

There are some rust issues with this particular Mini, and I’d spend any extra money I have to get most of the cosmetic things under control. However, the goal of this project is to end up with a Mini that not only looks great, but is fast as hell at the same time. — Road Test Editor Zac Palmer 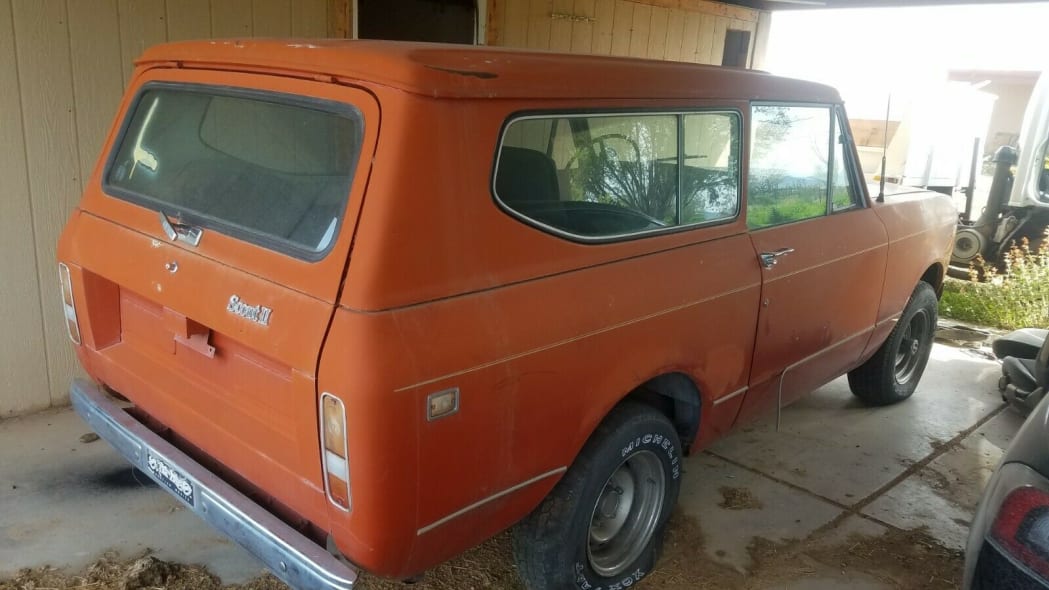 One of the most difficult factors in choosing a project car is finding one that won’t be a financial black hole, which is why this stone-simple ’77 International Scout on eBay holds some appeal. Critically for a Scout, the body appears solid owing to a lifetime spent in Arizona, although the desert sun has fried the paint, and there are several dents in the removable hardtop and a bit of wonkiness in one rear quarter panel.

The truck clearly has been sitting, and the mechanicals will need attending to, although the engine is said to run when directly fed gasoline. Mileage is a claimed 66k. The orange-over-brown color scheme is awesomely ‘70s, and the plaid seat upholstery is particularly groovy — perhaps it can be cleaned up and saved, but if not, you’d want to replace it with like material is possible.

Strong prices for vintage 4x4s and a reasonable starting point here make this Scout a promising project. This International could be a fruitful way to spend some forced downtime. — Contributor Joe Lorio 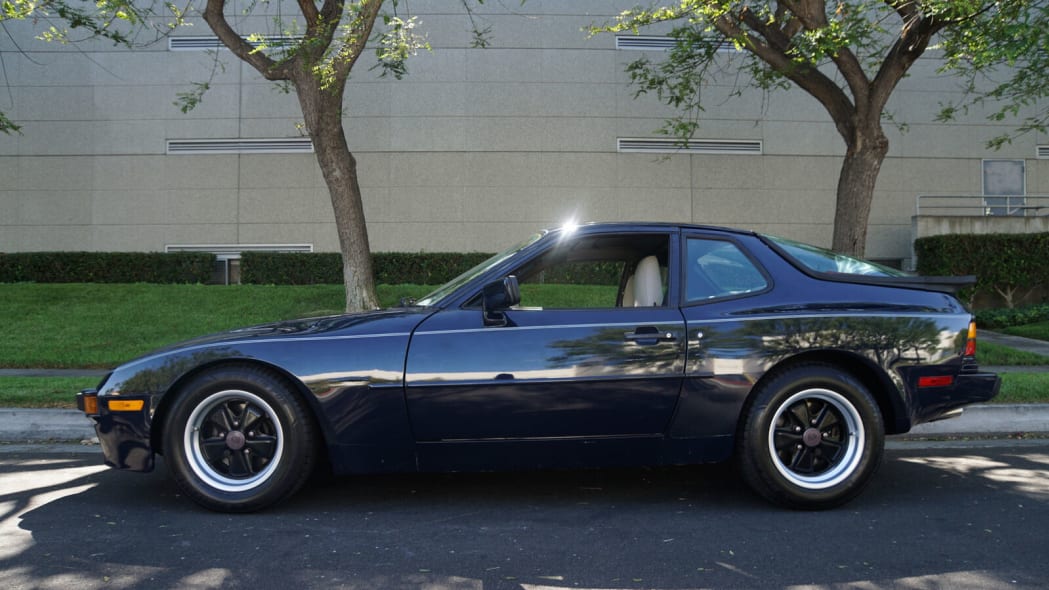 I’m going with this 1985 Porsche 944. This wouldn’t be something that I’d do any sort of major overhaul on. I don’t have the time or the tools for that, but would be willing to devote more time and money depending on how much time it means my son will spend in the garage with me. That’s why I picked this car that’s in decent shape already. I want something that I can drive regularly, and make small tweaks to when the inspiration comes. First on the list would be a suspension upgrade. Then I’d probably see where I could get away with shaving weight without sacrificing occupant comfort. Any other improvements would be incremental and, of course, maintenance — at least until my son’s older and has some ideas of his own. — Senior Editor, Green, John Beltz Snyder 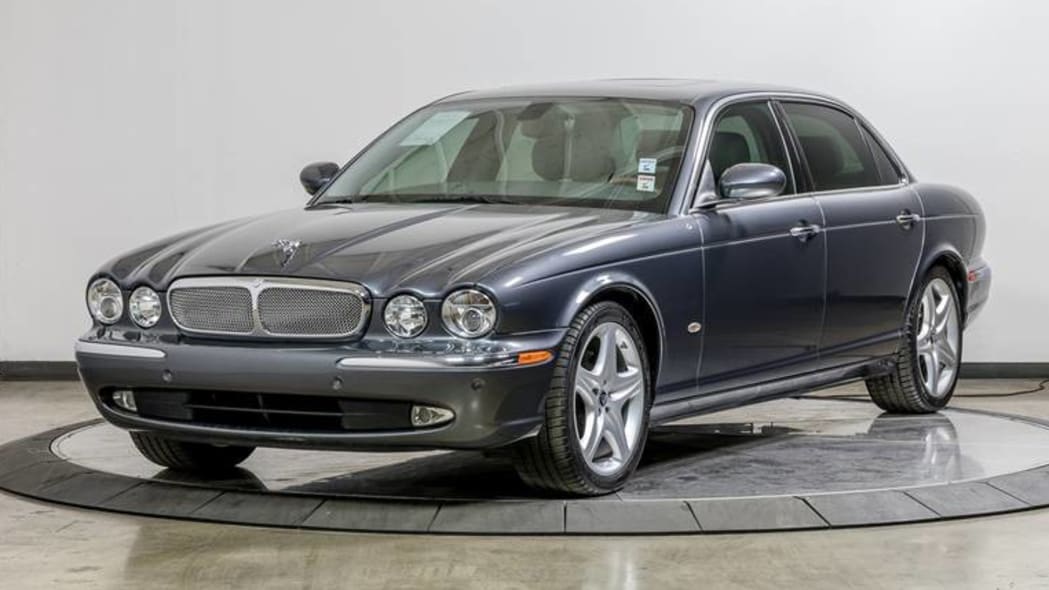 I am not mechanically inclined, or perhaps more accurately, educated. When I tried to fix the power seats in my BMW that shimmied back and forth, I somehow managed to reverse the fore/aft switch so that you pushed forward to go back. Basically, I'm Gilligan or Homer Simpson or Jeremy Clarkson. So the idea of a project car seems like a bad idea for me. As such, I've interpreted "project" to mean "A car that will definitely require maintenance, for which I will account for by staying way under budget and then pay somebody else to keep it running."

That said, behold, this beautifully cool Jaguar XJ8. It may look ye olde, but it's all-aluminum and drove like a totally modern car. I drove one of these from a few years after and it was brilliant. This one is also free of some crappy mid-2000s navi and various other antiquated gizmos that'll make it both annoying and more expensive to fix. Speaking of which, the asking price is $10,000, which means ace mechanic Tarquin St. John down at Royal Britannia Motors of Eastmoreland will have plenty of budget to maintain my project. — West Coast Editor James Riswick