How good is your car's child safety equipment?

According to the IIHS, children are more likely to be properly fastened in their safety seats in a vehicle equipped with LATCH systems, which stands for Lower Anchors and Tethers for Children.

"LATCH is meant to simplify child seat installations, but it doesn't always succeed," says Jessica Jermakian, an IIHS senior research scientist. "Parents often struggle to locate the anchors in the vehicle or find it’s difficult to attach the seats to them. We believe fixing these problems will make the task less frustrating for parents and increase the likelihood that children will ride in properly installed seats."

Surprisingly, only three vehicles scored Good ratings from the IIHS for their LATCH implementations, and a lot more scored Poor. Click over to the next slide to find out which vehicles IIHS says have solid LATCH hardware.

The BMW 5 Series is one of just three vehicles – and the only luxury sedan – to score a Good rating from the IIHS for child restraint hardware.

LATCH hardware has been required in vehicles sold in the United States since 2002. Click here for detailed information from the National Highway Traffic Safety Administration with instructions on how to use LATCH restraint systems properly.

The Mercedes-Benz GL-Class is a large SUV that offers seating for up to seven passengers, thanks to its generous third row, and it's the only SUV tested by the IIHS that earned a Good rating for LATCH restraint hardware.

According to the IIHS, vehicle LATCH hardware is rated good if it meets the following criteria:

-- The lower anchors are no more than 3/4 inch deep in the seat bight.
-- The lower anchors are easy to maneuver around. This is defined as having a clearance angle greater than 54 degrees.
-- The force required to attach a standardized tool to the lower anchors is less than 40 pounds. (The tool represents a lower connector of a child seat, though the actual force required when installing a seat varies depending on the specific connector.)
-- Tether anchors are on the vehicle's rear deck or on the top 85 percent of the seatback. They shouldn't be at the very bottom of the seatback, under the seat, on the ceiling or on the floor.
-- The area where the tether anchor is found doesn't have any other hardware that could be confused for the tether anchor. If other hardware is present, then the tether anchor must have a clear label located within 3 inches of it.

Lots of American families rely on midsize sedans. The only vehicle in that class that earned a Good rating from the IIHS for LATCH child restraint hardware is the Volkswagen Passat. 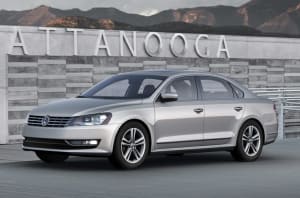 A total of 10 vehicles were awarded Poor scores for their LATCH implementations, with the Toyota Sienna singled out by the IIHS. "As a minivan, it's commonly bought to ferry children," says the institute. 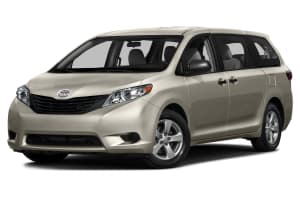 The Chevrolet Silverado and GMC Sierra pickup trucks are the most popular vehicles that make an appearance on the list for vehicles with poor LATCH implementations, meaning they may not be the best choices for families with small children.

The Toyota Tundra is the only other fullsize truck that made the list of poor performers. The Ford F-150 and Ram 1500 landed one step above poor with a marginal rating.

The Ford Fiesta is a subcompact car, and it might not be the first choice for families who need to ferry around children in car seats. Still, the IIHS has deemed its LATCH implementation inferior, placing it on the list of poor performers in this safety test.

The Nissan Versa scored an acceptable rating, meaning it might be a better choice if you need a small car and plan to fit it with child safety seats. 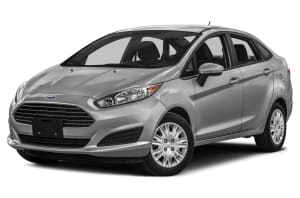 The Lexus ES sedan is a very popular midsize luxury sedan. While it's more likely to be driven by parents who have grown children, its poor LATCH implementation is still worth noting.

The BMW 5 Series is the only luxury sedan to score a good LATCH rating.

As a mid-priced, midsize family sedan, the Mazda6 is a vehicle likely to be considered by parents with children. As such, its poor LATCH implementation score could be a serious demerit.

The Volkswagen Passat is a competitor that scored the highest rating of good from the IIHS. 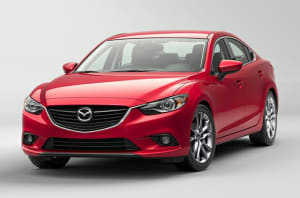 Joining the Mazda6 as a midsize sedan with a poor rating from the IIHS for its LATCH child safety seat implementation is the Nissan Altima. The Altima is very popular. With 335,644 total units sold in 2014, it was the seventh-most-popular vehicle in the United States and the third-most-popular midsize sedan.

The only comparable sedan that scored a good rating for its LATCH implementation is the Volkswagen Passat. 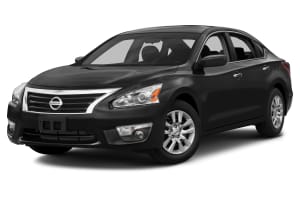 Interestingly, the VW Jetta falls into the poor category whereas its larger Passat sibling manages to score the IIHS' highest rating of good when it comes to LATCH safety seat implementation.

The Jetta has lots of company – there isn't a single compact sedan that earn a good LATCH rating from the IIHS. The Honda Civic is the most popular compact that earns an acceptable rating. 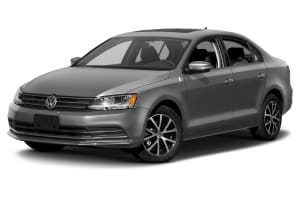