6 features that will make EVs fun for enthusiasts

Do not fear the electric future, fellow enthusiasts

While internal combustion engines are proving surprisingly tenacious, in the long term they're likely to be supplanted by electric vehicles. For enthusiasts, that can be a bit worrisome, and with good reason. Electric cars so far have mostly only existed as somewhat uninspiring economy vehicles. Teslas are among the few exceptions, but the driving excitement of a Tesla boils down to one interesting characteristic: big torque for smooth acceleration.

There are reasons to get excited, too. We've pulled together six ideas that we think will help keep the electrified future fun and exciting for people who like to drive – particularly if an automaker can combine them all.

All electric motors deliver their torque in effectively the same way, with all of it available from idle. Given a big enough motor, that wave of torque can be truly giggle-inducing. Tesla has proven this with the muscle-car-embarrassing straight-line performance of its Model S.

The power is further harnessed and highlighted by the car's famous "Ludicrous" acceleration mode. The Model S is also becoming quicker as it evolves. The newest Model S P100D will be capable of a 2.4-second 0–60 time. If you don't crack a smile with acceleration like that, you might be dead inside.

Another concern of enthusiasts is a lack of driver involvement. That's certainly the case regarding the transmissions in most electric cars, since there's usually only one gear to not choose from. However, electric powertrains offer other ways for the driver to take control.

Aboard the Chevrolet Bolt EV is one of the most entertaining regenerative braking paddle systems we've ever used. Pulling the paddle behind the left steering wheel spoke will engage the maximum amount of regen for as long as you hold it. This allows the driver to regain charge and slow down without using the brakes, which on the Bolt are completely mechanical and not blended. You can even bring the car to a complete stop this way, enabling one-pedal driving with a fun twist.

We speak from experience that this timing things just right so that you stop without ever touching the brake pedal is really fun. We also see the potential for this in performance driving – imagine how late you could brake for corners if you could rely on both mechanical brakes and a manually operated regenerative brake system, both separate and manually-controlled. It's a novel and entertaining way to build in some driver involvement, which is at the core of what enthusiasts crave.

Sound – honest, real sound that isn't simulated – is something else that we love and crave. Unfortunately, that's hard to come by with most electric cars and their virtually silent powertrains. It doesn't have to be that way, though.

Two years ago, Saleen showed off its FourSixteen, a modified Tesla Model S. In addition to body, suspension, and brake modifications, Saleen installed a modified drivetrain. As shown in this video from XCAR, the FourSixteen received a shorter gear ratio for better acceleration, and incidentally this modification also gave it a wild, high-pitched whine. It sounds like the futuristic machine it is, and it's actually produced by the car, not a synthesizer. If Saleen can figure out a way to build in authentic, engaging sound, then OEMs can, too.

The enthusiast's favorite drive wheels, the rear ones, haven't been particularly accessible in low-cost funmobiles the past couple of decades for a variety of reason. But EVs make it easy.

Because of the compact size of electric motors, they can be easily placed either at the front or the back of the car to power either set of wheels (or both). Mitsubishi did it with the i-MiEV, Smart did it with the ForTwo ED (which, yes, is already rear-engine and rear-drive in its gas-engined form), and Tesla does it with its rear-drive cars.

This means it should be very easy for future car makers to produce electric, rear-drive and/or rear-engined sports vehicles that don't give up tons of interior space or cost lots of money. Isn't that every enthusiast's dream? 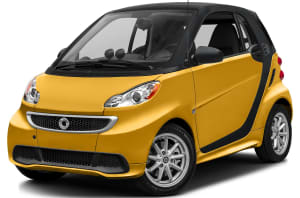 Even though we may not always like to admit it, when it comes to cars, looks do matter. A great driving experience is important, but we still want our rides to be cool and unique.

Electric power offers all kinds of opportunities in this regard. We touched on this a bit with motor placement and can expand on it here. The simplicity of electric powertrains means that motors, batteries, and wires are the only physical constraints. And these components can be positioned in the vehicle with more freedom than the componentry required for an internal-combustion drivetrain.

This means companies are free to make simple but unique changes to appearance uncoupled from the conventions of gas-powered cars. Take Tesla, which is phasing out unnecessary radiator grilles. Or companies can use electric powertrains as an excuse to create entirely new styling languages. A great example being the retro-futuristic Morgan EV3, which looks much different than its purely retro gas-powered counterpart. As EVs come into their own, expect far wilder styling.

The flexibility of electric powertrains not only gives designers new freedom and opportunities, but also new ways to move us. Take for example Toyota's ludicrous, leaning i-Road. The little personal mobility concept rolls into turns, and because of the electric powertrain, Toyota didn't have to worry about making sure an internal combustion engine could deal with the unusual angles the i-Road can achieve.

Honda also took advantage of the intriguing possibilities of electric motors in new NSX. At the front of the car is a pair of electric motors that apportion power to each front wheel independently, greatly enhancing handling. Not only does this application eliminate space-hogging differentials and axles, but it also allows for much more precise and efficient distribution of power than the most advanced mechanical limited-slip differentials and traction control systems.

Even though the NSX is technically a hybrid, full electrics can adopt the independent wheel motor (or even hubcentric motor) to enhance handling or improve traction. For example, a four-wheel-drive electric car with four individual motors would have the ability to send all power to just one wheel, with full torque from a dead stop, if it needed. Without conventional axles, much greater steering angles could be achieved. In fact, all four wheels could turn independently, enabling a wild "zero-turn" trick like the Jeep Hurricane concept from a few years back. The end result would be a remarkably maneuverable off-road truck, or perhaps a phenomenally responsive sportscar. The possibilities are limitless.