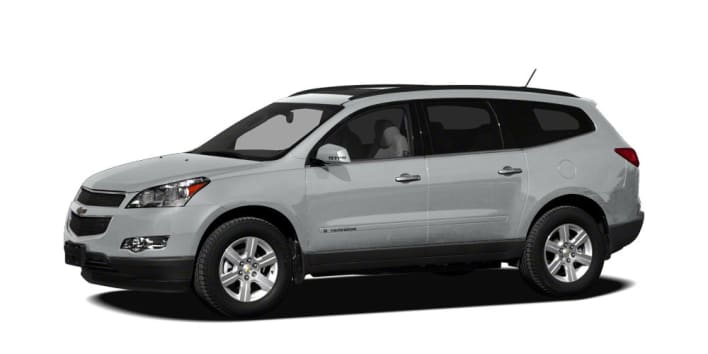 I just got a brand new 2011 Chevy Traverse as a fleet vehicle. At first I had high hopes, due to all the good reviews, but it only took a few minutes behind the wheel before I realized that this vehicle is a GM, lazy union worker, government made piece of Sh*t. I can't understand why the AOL review said the vehicle is nimble when it's just the opposite. It handles like a large heavy truck, it feels so heavy when driving that the engine feels like it can barely pull it, and the brakes feel like they can barely stop it. Obviously it was poorly designed and needs a far heavier duty braking system. The turning radius is a joke and the handling is bulky and sluggish at best. OMG how I miss my Honda Pilot (my prior fleet vehicle). I'm sorry but until the Union problem is solved American autos (especially those given a pass by the gov't like GM and Chrysler) are going to be inferior pieces of junk like the Traverse. BTW, just tried to open the hood, it won't open so this piece of junk is going into the shop already. I'm not sure if the reason the vehicle is so horrible is because of the design or manufacture but my guess is ********* equally due to both.

A lot of car for the money

Interior room is huge without the expense of a tahoe. 24 MPH on the highway is great. Kids love the Entertainment center.

very good . i am buying a big SUV and i got what i paid for

chevy's on star nav system is awful--and they figured out how to charge you $300 a year for it. very rough and noisy ride and not as polished or refined as the highlander. you save $$ but in the end..... a mistake. it's an inferior vehicle to others in the category. if you want a real bargain buy the jeep--at least you have no illusions that you're getting quality.

Own or Drive this Vehicle? Write a Review

Thank you!
Back Close
Más Listados