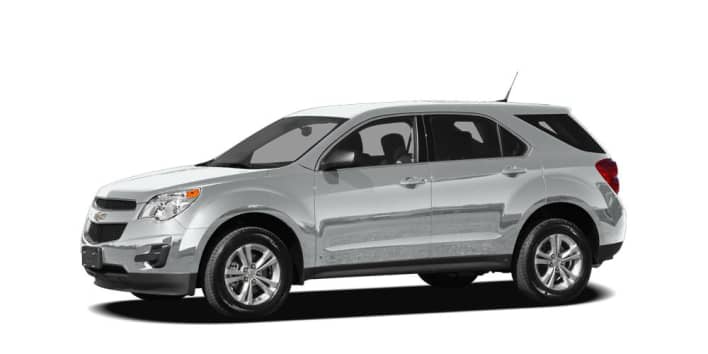 Worst car we have ever owned- Always some problem and at least 600-900 to fix- Oil consumption recall cracked manifold bad catalytic converter. Dealer is asking me to pay for the manifold and converter repair even though the oil consumption recall caused these issues. Cant seem to get anywhere with anyone at GM and nobody will give me their last name- Stay away from this Chevy unless you like being broke down or just plain broke.

Have had this car since 2012 and loved it at first. Then I started noticing a rubbing sound in the power steering about 3 years later. It got worse over time (1 month) and I took it to a local dealer. Before that, I had my husband take a look at the power steering reservoir to see if it need fluid. It was bone dry. My husband asked me if I noticed any leakage of anything. It was obvious that there was no sign on the garage floor or where I parked it for work. He traced the line back and there was no sign of leakage. He then fillled it up, but there was no difference in the rubbing noise and no leakage was noticed. The first appointment, they had two mechanics look at it and both said they did not know what the problem was. The second appointment I was told that we would have to replace the power steering gear and possibly the power steering pump. I questioned the reason the gear at 46,000 miles would have needed replacement at my cost of $1025.00. It would seem to be a bad part on Chevy's part. There was no answer to that. I then questioned why the pump needed replacement to the tune of $450.00, as we could find no leakage to the reservoir and again, it was not clear as to why that also needed replacement. I think after looking online, that I was not the only person to have this problem. No one seemed to be getting a clear answer to this problem. According to GM, they could not give an answer as to why this was happening, but would let the consumer know when they figured it out. Obviously, they still haven't figured it out. After I thought about it, if the reservoir was dry, with no leakage in site, maybe it was never filled in the first place, and no one ever checked it when the oil was changed timely by Chevy. Then the gear would have worn with no fluid going to it. Then I was quoted $450.00 to change the pump. I have never had this kind of problem with any car I have owned. I really feel that as a consumer I am being pushed around as no one seems to know what the problem is, but they are quick to collect your monies. Also I was told this was not a safety issue, they felt. To me anything to do with steering is a safety issure..... This will be the last Chevy I own.

So far so good. I really like the interior. This is the upgraded LTZ model, with all the bells and whistles. It gets about the same fuel economy as my malibu (23-25mpg on mixed driving) I have the 2.4L 4 cylinder. Acceleration is a bit sluggish. ECO mode is nice on gas but makes accelerating a never ending process. Overall, I really like it...but ask me again in a year.

Having bought an Equinox LT (2.4L, FWD) new three months ago to replace an 11-year-old Explorer, I am very pleased with its performance, looks, comfort, and mileage. I average around 28mpg in ECO mode (avg. speed of 35mph with heavy A/C use). I have done some light towing (<1500lbs) and have found the 2.4L very sufficient. The only drawbacks I have found is that the clear plastic covering the instruments occassionally catches a glare, making the instruments hard to read. Also the dashboard and other plastic trim are textured in such a way as to make them difficult to clean.

This is a simply amazing car and is my first car ever. I can say that it feels really good and the comfort is amazing. The only cons that i have about this car is that the eco mode makes acceleration 10x more difficult than it needs to be and the car tends to bump while shifting.

We have had our 2011 Equinox for 7 mos now and absolutely love it. One of the best improvements is the stability on the road. We have the four cylinder and handles beautifully going up hills. Love everything about this vehicle.

Mileage inaccurate, but other than that, I love it

I bought my Equinox in December and I have to say that main reason that I chose the Equinox over others that I looked at was the mileage. Most of my driving (90%) is on the highway and I am disappointed that after 6 months, I am only getting 23mpg on average. I would have thought that with all of the highway driving I do that it would have at least averaged 27 or 28. Other than that, I love the car. It has not disappointed me in any other areas.

Not what we expected

This new Equinox has 4,000 miles on it. The best mileage so far has only been 25mph on the highway, 21 in the city. The interior dash light brighten and dim for no apparent reason. The so called Premium cloth seats wrinkle and look like they have been sat on for years. GM tells us this is all a characteristic of the car. We are very disappointed in our new vehicle that cost $25,000. Not at all worth the money.

overall not a bad car. good in western new york winters. i think that chevy should adjust the gas milage statement. i get 23 mpg after a week of driving and gassing up. i hope that the tires last alot time because i checked for fun that they are very expensive.

we bought our 2010 in jan . its has the v6 we love it .awd sounds great when u step on it .we did put a kn air filter in it ,runs even better . took it on a trip though the mountains of wv.25 mpg and we ran 7o too 8o mph no complaint here

Own or Drive this Vehicle? Write a Review

Thank you!
Back Close
More Listings