Chevrolet sold more than a million first-generation Cavaliers, built for the 1982 through 1987 model years, but the three-door hatchback version never really caught on with car shoppers. For the remainder of the Cavalier's lengthy production run — 1988 through 2005 — various combinations of Cavalier sedans, wagons, coupes, and convertibles rolled out of Chevrolet showrooms, but the hatch got the axe after 1987. Here's one of those rare Cavalier hatchbacks, which may or may not be a genuine Z24 model, found in an old-timey family-owned yard in northeastern Colorado. 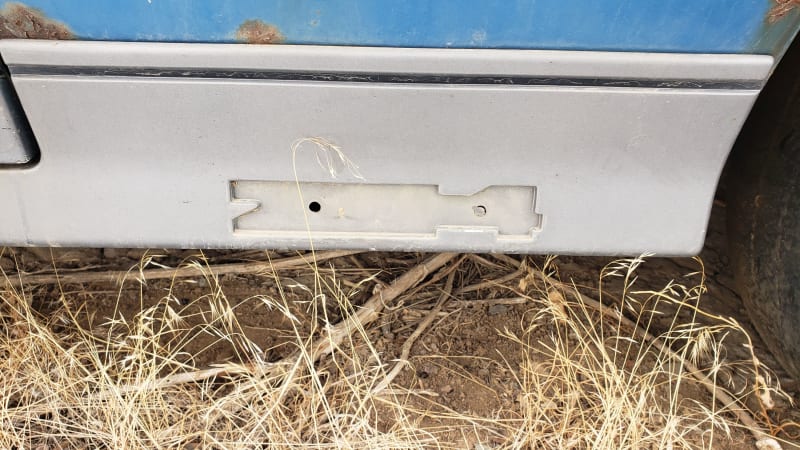 The Z24 was the factory-hot-rod version of the Cavalier, and this car has real Z24 body skirts and wheels. 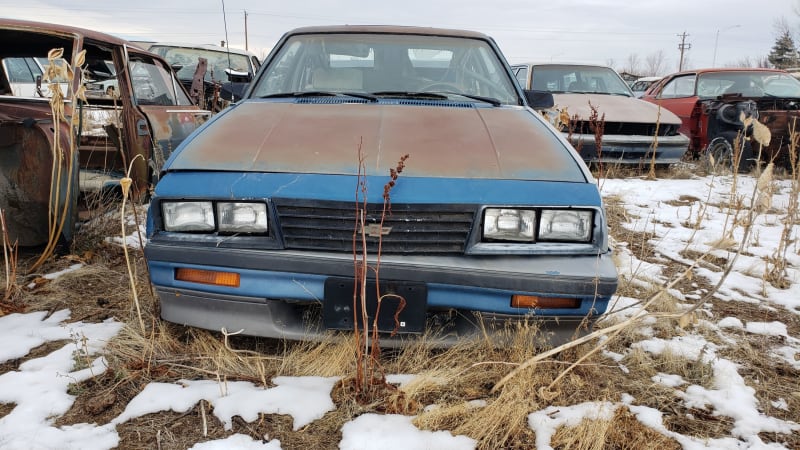 However, the Z24 was supposed to have a cowl-induction hood, lacking on this car. Perhaps the original hood got rusty and/or dented and got replaced? 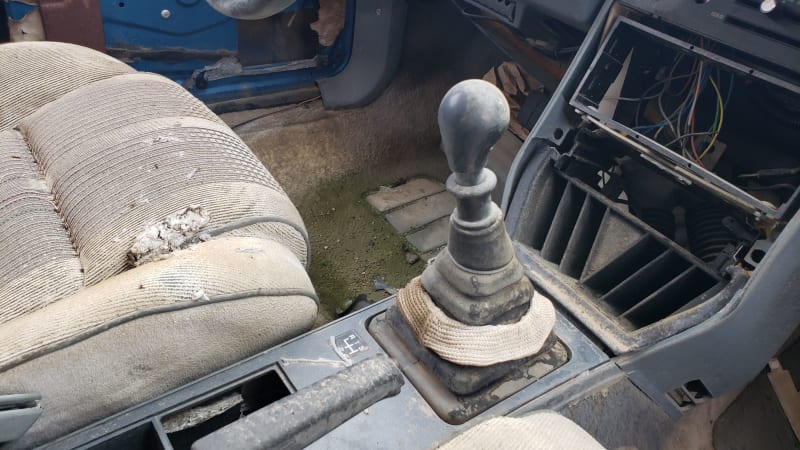 The Z24 was supposed to have a five-speed Getrag manual transmission as standard equipment, but this car has the cheaper four-on-the-floor manual. It's possible that Z24 buyers could take the four-speed for a price reduction, but you'd think a Cavalier shopper willing to spring for the Z24 would have preferred the better transmission to the savings of a few bucks. 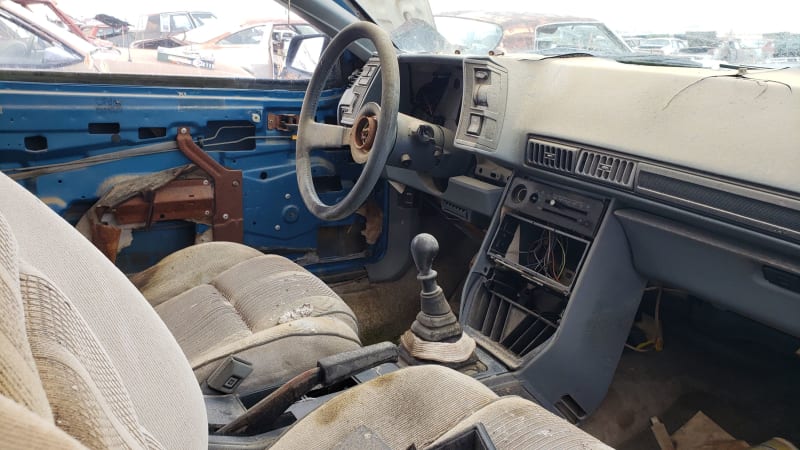 The hood-latch mechanism was frozen solid, as were my fingers after futzing around with trying to open the hood in 15-degree weather in the Colorado High Plains in January, so I wasn't able to pop the hood and see if the Z24's 2.8-liter V6 was inside. So, we've either got a real Z24 with some parts swaps or a non-Z24 with some parts swaps. Such is life in the junkyard. 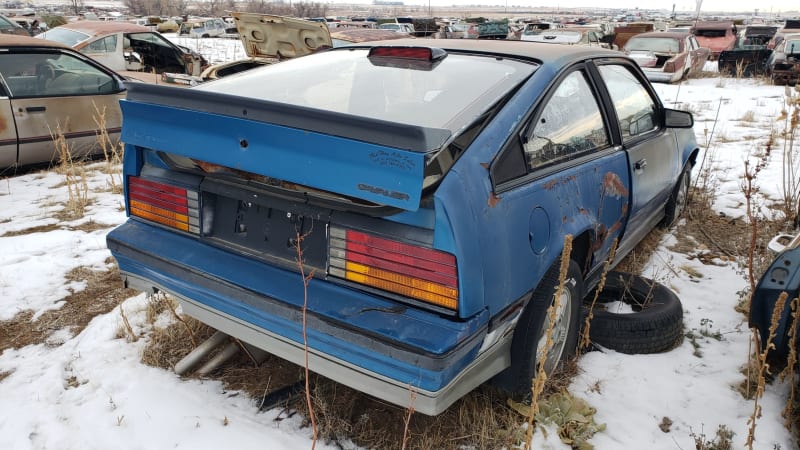 The hatchback version actually looked good enough, but coupe and sedan Cavaliers outsold it by a 10-to-1 ratio.

They didn't bother to put Z24 hatchbacks in these ads, apparently.

This TV commercial is for the second-generation Z24, but the guitar-wanking antics are so extreme that it deserved inclusion here.