Some production cars will get the new silicon-anode technology, too

Racing is a significant part of Porsche's heritage, and gradually adopting electric technology isn't going to keep the firm away from the track. It announced a joint venture called Cellforce whose task will be to design and manufacture battery cells suitable for high-performance race cars and a handful of high-end, racing-inspired production vehicles.

Powering a race car with batteries is difficult because the technology adds weight and requires more time to charge than it takes to fill up a fuel tank. Porsche is out to solve these issues, and it believes it's on the brink of a breakthrough. It's working on battery cells that rely on silicon as the anode material, a solution which should allow its engineers to boost a battery's power density and in turn decrease its overall size and weight to benefit performance. And, the new chemistry reportedly reduces a battery's internal resistance, meaning the pack takes less time to charge. It can also withstand higher temperatures than the technology found in electric cars in 2021.

Porsche warned this new battery isn't the tipping point that will make EVs mainstream. It doesn't perform well in freezing temperatures, and it's not designed to withstand years of use and abuse. This is perfectly fine on the track — races are rarely held when it's 10 degrees below zero, and race car components are replaced on a regular basis in pursuit of reliability. But the technology would be problematic if put in the hands of, say, a police department in Michigan.

Michael Steiner, the head of the German carmaker's research and development department, also clarified this isn't an answer to Tesla's Gigafactories. It's considerably smaller because it's primarily a racing-oriented project.

"It will be a small plant compared to all of the Gigafactories. We are looking at around 100 megawatt-hours per year as a production capacity. It could be slightly more, but in terms of cars it should be about 1,000 units a year," he told Autoblog during a media roundtable. Many will be race cars, but the technology that Cellforce will design and manufacture will also end up in what Steiner described as "high-performance derivatives of existing cars." It sounds like something along the lines of a 911 GT2 RS with an electric drivetrain instead of a power-dense flat-six engine, though he declined to provide details, partly because production isn't scheduled to start until 2024 at the earliest.

Porsche selected Customcells, a German company formed in 2012 to develop cells for lithium-ion battery packs, as its partner in the project. It holds 83.75% of Cellforce, while Customcells owns the remaining 16.25%. Although neither party disclosed the financial terms of the deal, Porsche noted its investment lies in the middle-double-digit-millions range. German's federal government and the state of Baden-Württemberg contributed a total of 60 million euros (around $71 million) to the project. In exchange, the factory will be located somewhere in southern Germany.

Steiner explained Cellforce is still at the embryonic stage. "We have started with research and pre-development to build up knowledge about cell chemistry," he noted. Racing is very clearly the project's main focus, but Porsche is cautiously open to the idea of scaling up the project during the 2020s if everything goes according to plan.

"If this works, and if we see potential to come down with costs, there might be a chance for higher volume. But, this is not the task I gave to the team that has to start this new facility. They have a clear task: high-performance cells," he stressed. He added other brands in the Volkswagen Group will be able to use the cells if executives scale up.

Whether they will is up in the air. Transferring technology between the street and the track is often difficult.

"High performance and low costs do not go together very well in my experience," Steiner concluded. 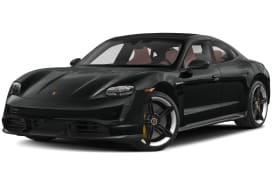 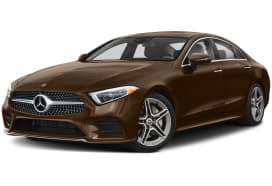 $1,457 - $3,856 Nat'l avg. savings off MSRP
See Local Pricing
I'm not in the market for a vehicle at this time. Please move this suggestion to the side for 30 days.
Huge Savings