Here's how this mess happened, and why it's not going away soon

The microchip is as ubiquitous in modern consumer products as wood is in home construction. But unlike lumber, microchips aren't merely refined raw material. While many chips (such as those used for computer memory) have numerous applications, that doesn't mean that all computer chips are created equal.  The specialized computers that manage your car's powertrain components, infotainment and onboard safety systems can't simply be swapped out for whatever's available.

Semiconductor fabrication is a complex and expensive process, which limits the size of the field, and not every manufacturer is capable of supplying the chips needed by car manufacturers. By and large, silicon producers are several steps removed from the assembly of the products their chips power, but some, such as Intel, Samsung and even Foxconn, are borderline household names.

Others, such as Renesas and Taiwan Semiconductor Manufacturing Company (TSMC), are silent behemoths, known mostly to industry insiders and tech enthusiasts. While companies like Intel manufacture a lot of their own chips, they and others, including computing giants AMD and Nvidia often rely on contract manufacturers like TSMC for chip production.

Production of (and demand for) chips is greater than it has ever been, so why are we suddenly out of them? The short answer, predictably, is "COVID" or, more broadly, "market forces." Want the long answer? Well, strap in. It's a bumpy road.

The onset of COVID

For starters, silicon wafer and microchip production was hit early on by COVID just like any other industry. The impact of this was negligible, as it happened while demand for cars was similarly suppressed. Dealerships shut their doors to walk-in customers and lines went idle to minimize the first wave of coronavirus infections. As manufacturing re-opened, automakers remained cautious in their supply orders as demand recovered slowly in the face of uncertain economic conditions, widespread unemployment and ongoing health concerns.

The lack of dealership traffic had a secondary consequence as well: Since customers weren't buying new cars, they weren't trading in old ones either, which put a squeeze on businesses that relied on used inventory, including the new generation of Internet-based car dealers like Carvana and Vroom. This was the beginning of the upswing in used car values, but we'll come back to that later. 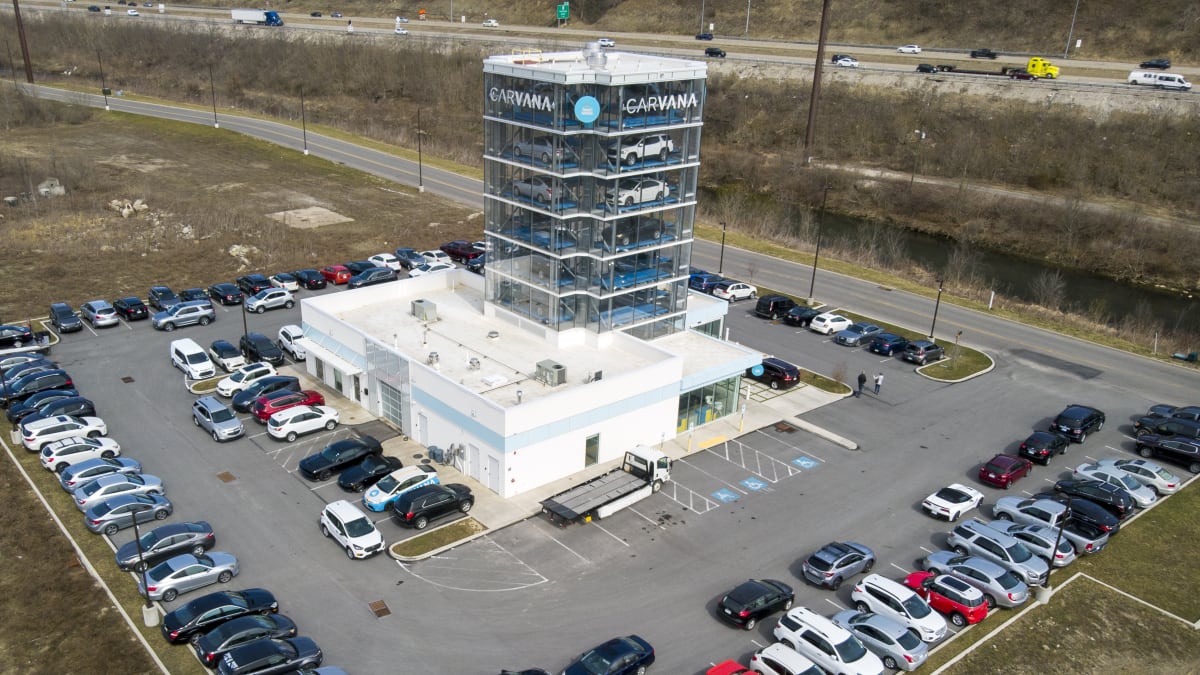 As COVID-related social and workplace restrictions began to take hold, demand for cars may have dipped, but demand for consumer electronics skyrocketed. Computers, video game consoles and other personal productivity and entertainment devices got hot quickly as consumers learned that their existing hardware wasn't going to cut it for the new normal. Enterprise demand jumped too as businesses around the world scrambled to equip their workforces for remote operations.

Like anything else in the modern industrial supply chain, microchips are produced to demand, and with automotive demand flagging and consumer electronics demand going through the roof, chip producers adjusted their production schedules to accommodate. Further compounding the situation, the second half of 2020 also saw the launch of the latest generation of video game consoles from both Microsoft and Sony along with a new generation of desktop and mobile GPUs and CPUs from Nvidia, AMD and Intel. All of these launches were competing for the same slice of the consumer silicon pie.

To make matters worse, the growth in consumer electronics and ship-to-home sectors created even more demand. From the data centers that power large logistics operations to the forklifts moving product around warehouses, all of it relies on microchips. Those same chip manufacturing foundries that produce microchips? Yeah, they're often managed by the very computers they churn out.

As this wave of consumer demand crested in the fall, circumstances conspired to drive up demand for new cars. With restrictions lifting and the economy moving back toward normal, shoppers returned. Starved for volume, dealers and manufacturers welcomed their customers back with open arms — and open coffers — offering deals to entice shoppers into showrooms. It worked, and as the fourth quarter of 2020 closed, things were looking up for the automotive industry, even if alarm bells were starting to go off in the background.

Early signs of the budding shortage appeared in the still-booming consumer sector. Even with automotive demand just heating up, the silicon supply was already becoming thin on the ground; just ask any holiday shopper who was after a PlayStation 5 or Xbox Series X. Some automakers signaled that they were anticipating chip supply shortfalls way back in December.

But even with chip manufacturers reallocating production to automotive supply channels, they were simply unable to ramp up production sufficiently to meet revived (and spiking) demand. The ongoing shortage of used-car inventory compounded the situation. As prices for preowned models climbed, they reduced the downward pressure on new-car prices. Incentives started to dry up as customers opted to buy new rather than overpay (in their eyes) for somebody else's leftovers.

Then 2021 brought even more complications. In March, Renesas, which is one of the largest chip suppliers for the automotive sector, was hit by a massive fire that brought chip production to a halt and damaged the majority of its equipment to the point of inoperability. Renesas restarted manufacturing in mid-April, but does not expect to be back to full capacity until Q3. Production of microchips can lead final assembly by as much as two months, meaning it could be August or September before Renesas supply reaches all of its end customers in normal quantities, which would allow vehicle production to resume. 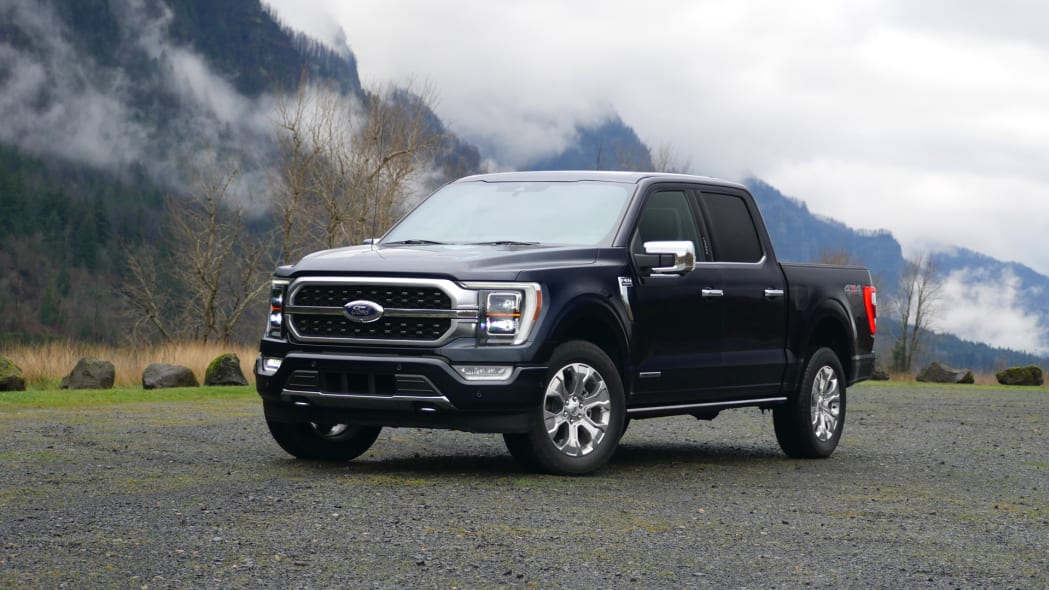 Since the beginning of the year, just about every major automaker has been forced to idle production of at least one vehicle and in many cases, the shutdowns have impacted high-volume and high-margin offerings, such as the Ford F-150. Depending on the particular chips OEMs are struggling to source, some have found ways to keep lines running by building cars only without certain options, such as advanced safety and driver assistance features. In many cases, however, the missing chips are critical, bringing assembly lines to a halt until they can be acquired.

Otherwise explosive first-quarter sales results have been curtailed in many cases by the inability to produce components for highly popular models. We mentioned the Ford F-Series above, but similar problems have plagued shoppers who are after some versions of Toyota's RAV4 and both Honda's Accord and Civic models, among many, many others. Honda and Nissan said the chip crisis could cost as many as 250,000 sales. One projection puts the number of "lost cars," that is, those that won't be built because of the chip shortage, at 2.5 million vehicles.

To make matters worse, this all happens to be coming to a head during tax season, which is typically a busy time of year for car dealers. Americans often turn their tax refunds into down payments on new cars and trucks. Added pressure this year comes in the form of COVID relief, which has left shoppers even more cash-flush. The rest is basic supply and demand; the former is scarce and the latter is currently beyond sating.

And while the chip shortage is not directly responsible for the current situation in the used-car market, as we illustrated above, the two go hand-in-hand. The end result is that both new and used car prices are shockingly high. There hasn't been a better time to sell an unneeded car in recent memory; unfortunately, there also hasn't been a worse time to buy one.

TSMC says it hopes to be able to meet the minimum requirements of its customers by the end of June, but even if microchip production as a whole can meet production demands by the end of 2021, it will probably take longer than that for the market to normalize. The used-car shortage will continue to be a problem for as long as new-car inventory growth remains stunted, as shoppers won't have new purchases for which they'd normally be trading in their new cars. That means high prices on both ends of the spectrum.

And while governments and industry lobbies may be attempting to pressure semiconductor fabricators into increasing production, it's not as simple as merely turning up the wick. As with other specialized industries, the tooling involved is complex and expensive. In the longer term, investors are looking at expanding U.S. microchip production. Intel already produces silicon in the American southwest, and startups hoping to do the same elsewhere in the U.S. have drawn the attention of investors.