2022 Porsche 911 pricing is out, and it gains Android Auto availability

Pricing from the Carrera to the GT3 to the Turbo S

The emblematic Porsche 911 is entering the 2022 model year after learning a few tech tricks from the Taycan. It gains a new infotainment system that's compatible with Android Auto, and the range now includes the race-bred GT3.

While the German firm is making no major visual or mechanical changes for 2022, all 911 models gain the latest generation of the Porsche Communication Management (PCM) infotainment system. It's displayed on a 10.9-inch touchscreen, and it's related to the software packed into the Taycan, meaning users can customize its layout.

Apple CarPlay compatibility remains available, and Android Auto is offered for the first time in a Porsche. Buyers will also receive three years of free connected services (like Porsche Connect and Navigation Plus) instead of one. Additionally, Carrera, Targa and Turbo models equipped with the dual-clutch automatic transmission can be ordered with Remote ParkAssist, which lets motorists maneuver the car in or out of a parking spot using their smartphone. 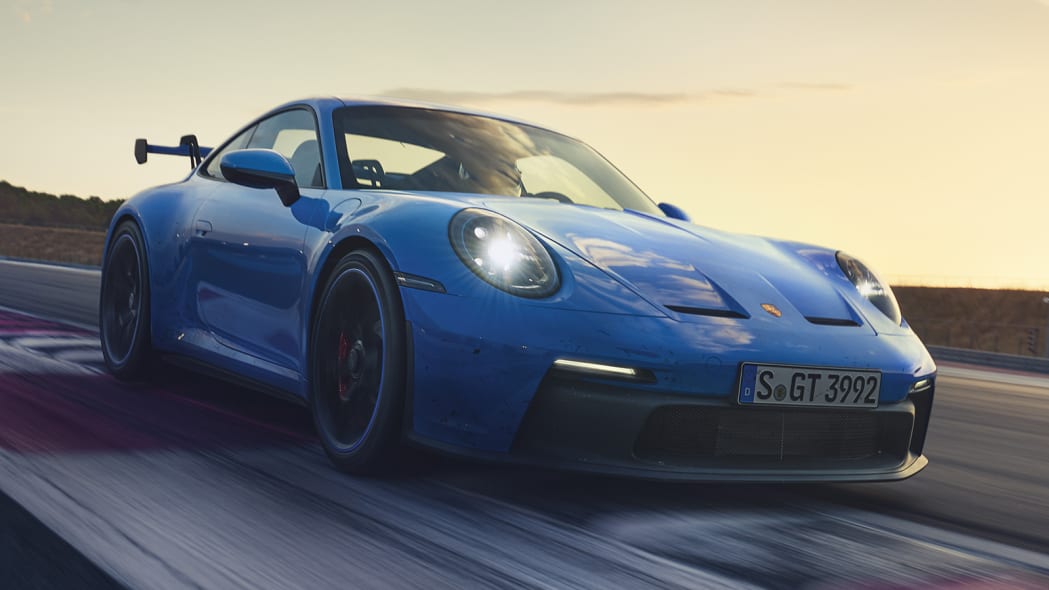 What's missing? The enthusiast-friendly GTS, for starters. Nothing is official, but we'd be surprised if it doesn't return. Spy shots suggest a GT3 RS and a rally-inspired Safari model are both around the corner. It's too early to tell if the GT2 RS will make a comeback, but Porsche told Autoblog that one version which won't join the range is an EV.

$634 - $3,486 Nat'l avg. savings off MSRP
See Local Pricing
I'm not in the market for a vehicle at this time. Please move this suggestion to the side for 30 days.
Huge Savings