It looks even cuter than before Though the current generation of Mini Hardtop just got a refresh, it seems a new generation is around the corner. That new model appears in the spy photos above, and in electric form no less. At first glance, it doesn't look very different, but there are many small changes that add up to make it distinctly its own.

At the front, the headlights appear to be more circular than the slightly ovoid units of the current model. They look as though they wrap a little more around the fenders, too. The grille appears to be enlarged a bit to match the bigger headlights, and the changes give the car even more of a cute, wide-eyed appearance than before. Other interesting things to note are that the hood scoop may be going away, as the one on this car is a fake. The hood cut lines also seem to go through to the wheel arches. 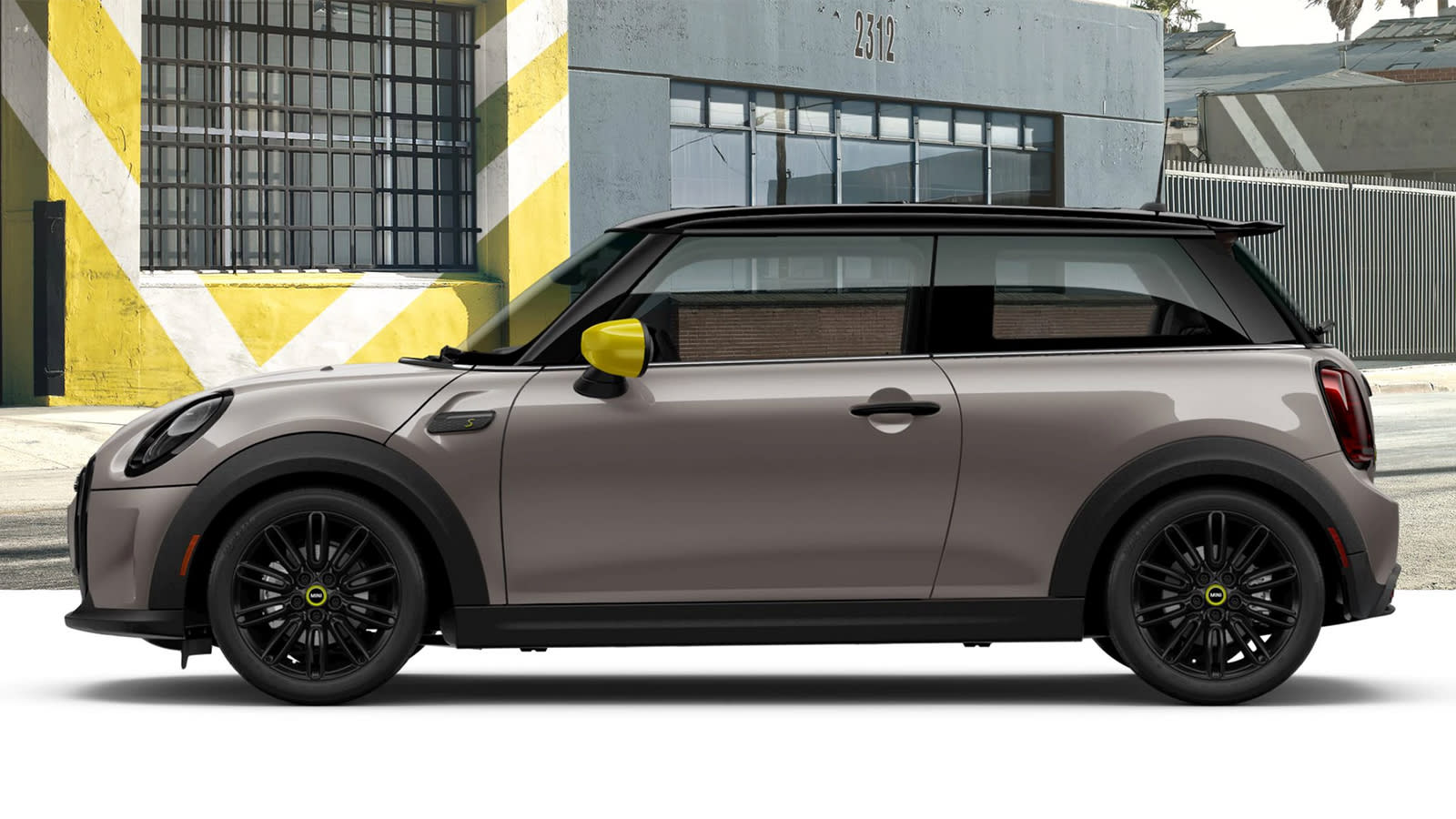 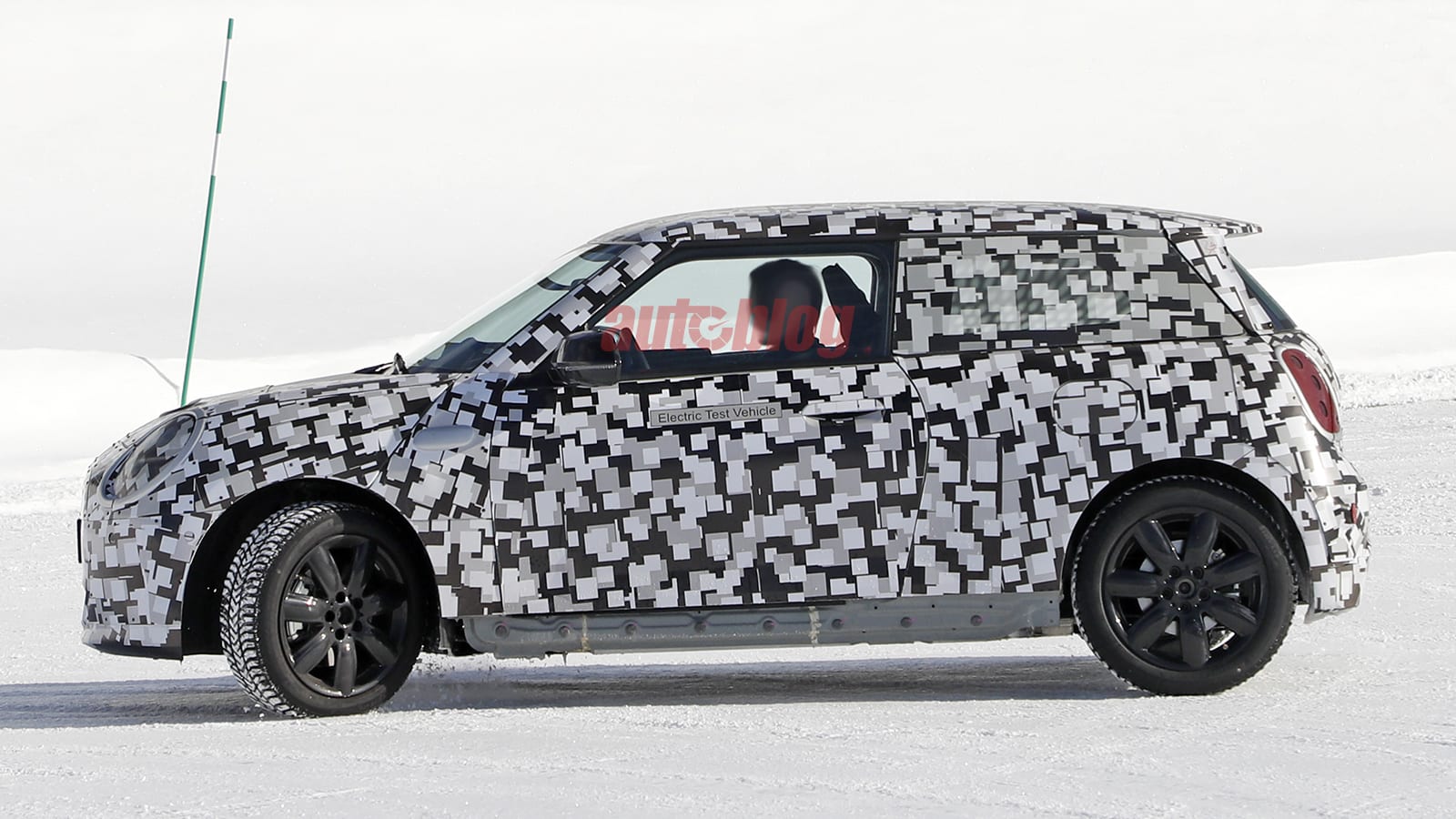 Other subtle changes are revealed in profile. The front overhang looks slightly reduced, and the windshield looks more raked. Part of that appears to be because of the base being moved slightly forward. Not only has the windshield become more raked, so has the rear window. It's hidden by the newly added aerodynamic fairings below the rear spoiler. Finally, we can see the chrome, refrigerator-style door grab handles are gone in favor of more flush-fitting handles, and the charging door has changed sides to the left of the car.

The back doesn't reveal much unusual, but the taillights have more square-like proportions, and they seem to fit more flushly to the body. There also appear to be some cut lines through the taillight area, so there may be more going on under the camouflage than we can see right now. 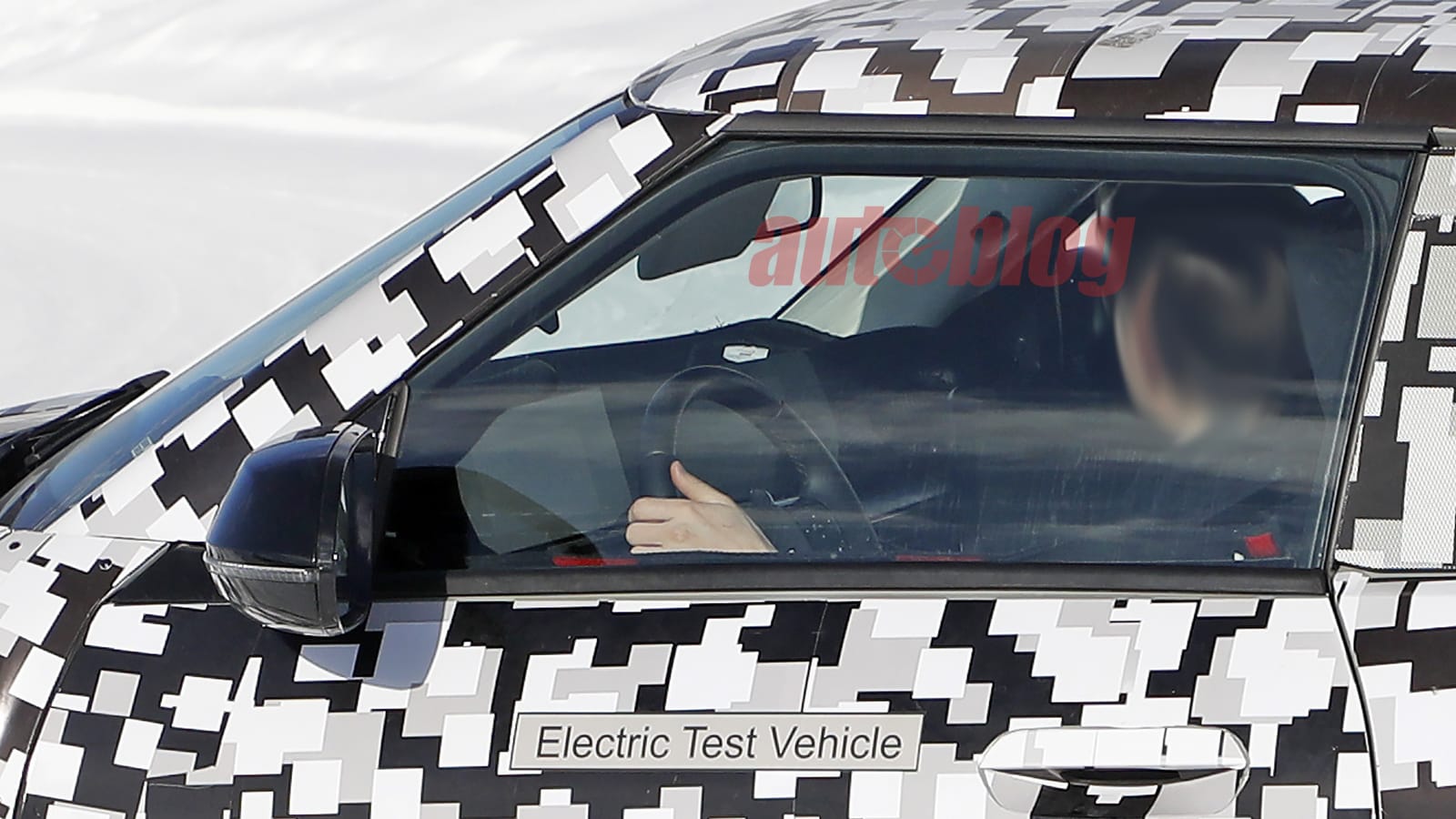 We also get a small glimpse of the interior. It looks like there's a wide screen across much of the dash. It's in keeping with current car design trends, but is a major departure from the retro-inspired design of past Minis.

The prototype we see here looks pretty far along in development. With that in mind, along with recent reports, the new model may be launched in 2023. It will likely be accompanied by gas-powered versions, since 2025 is the cut-off date for the last new gas-powered Mini option, and 2030 is the point where the brand will be fully electric.