Ford Maverick compact pickup spied in most revealing look yet

Check out two different trims, and see a ton of details fully exposed Here’s the best look yet (by a long shot) at the upcoming Ford Maverick compact pickup. One of our spy shooters captured two pre-production trucks running around near Ford HQ with very little camouflage compared to previous shots.

The one truck has its front grille totally exposed, and so are the headlights and taillights. Same goes for the lower front bumper, lower rear bumper and roof. If it weren’t for the funky tape and wrapping where the bed meets the cab, we’d have a full picture of what this truck’s silhouette would look like. This truck’s grille is similar to that of the leaked image from January this year, but it does have a different pattern. Ford is certainly going to offer different styles for the various trims available, just like the F-150.

We’re likely looking at an off-road-focused trim right here, as it’s rocking chunky Falken Wildpeak all-terrain tires. Though its ground clearance looks compromised in front with the under bumper spats. The C-shaped headlights are a definite go, and both the size and shape remind of the big F-150. 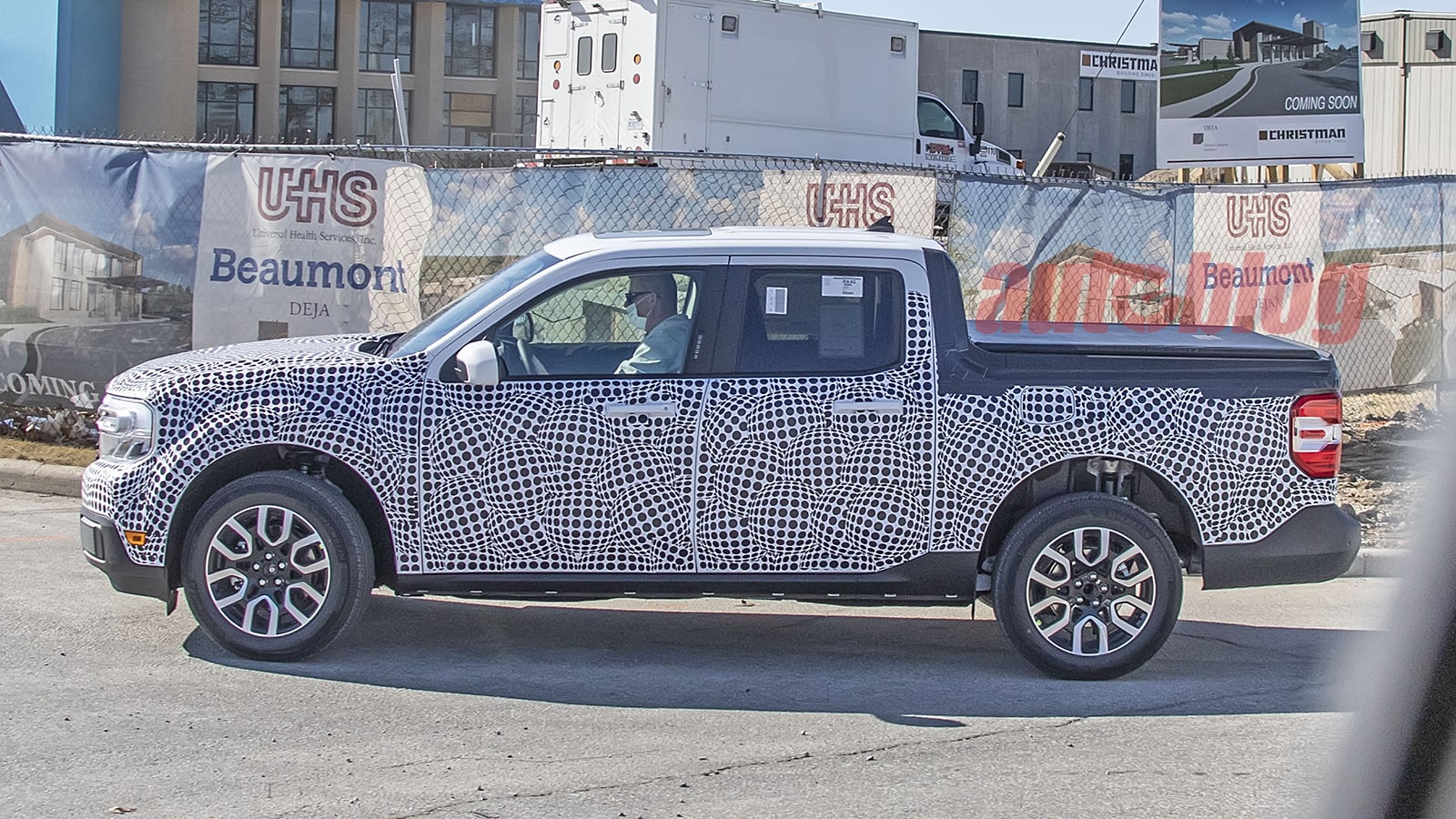 The second Maverick spied is pictured just above. You can see that it has larger wheels that are more premium in appearance versus the off-road-style wheels on the other one. Less sidewall on the Michelin tires is the compromise. We can’t see the front grille on this second Maverick that is likely a more luxury-oriented trim, but there’s a good chance that it’s different than the grille on the first truck.

Previous spy shots have shown that the Maverick could get both a torsion beam rear suspension and an independent rear suspension, depending on drive configuration. The one we can see here has an independent setup that is surely paired with all-wheel drive — there’s the smallest glimpse of a differential back there. That also tracks with this being an off-road trim.

We’re excited to see this little pickup fully revealed, and seeing Ford motoring around in this state of camouflage is a good indication that it isn’t too far away. Take it all in, because while there will still be more details and plenty to learn in the formal debut, this look at the pickup is highly revealing of what it will ultimately look like.