These SUVs will get you off-pavement very, very quickly. How do they compare?

Land Rover pulled the sheet off its 2022 Defender on Wednesday, introducing another high-performance V8 to the off-road segment. This time, it's a 5.0-liter, supercharged V8 boasting 518 horsepower. It will be available in both the Defender 90 and 110 models. In the former, Land Rover says it can crack off a 0-60 run in just 4.9 seconds on its way to a top speed of 149 mph. The long-wheelbase 110 will be a bit slower, but "slow" probably isn't the right adjective to use here at all.

But Land Rover isn't the only automaker offering a high-performance variant of its off-road SUV. While Jeep may have been sneered at for presenting the 2021 Wrangler Rubicon 392 on the heels of the 2021 Ford Bronco's introduction, it starts to make a lot more sense in this context. There's reportedly a high-output Bronco on the way, too, so call Jeep the dinosaur of the group all you want, but you can't put a price on being first. Well, you can, actually, but that's not the point.

Thankfully, both Land Rover and Jeep have provided enough specs for us to rough out a comparison chart. Since the Rubicon 392 is offered only in four-door guise, we're looking at the long-wheelbase Defender 110 as its direct competitor here. Have a look: 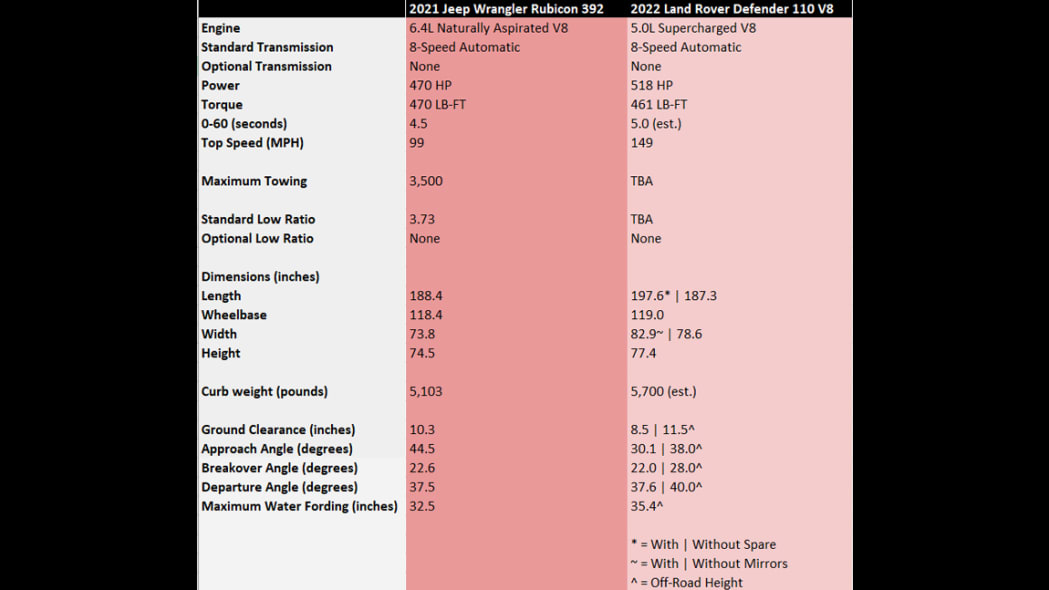 There are a few caveats to mention off the top. For starters, we don't have an official curb weight for the V8-powered Defender yet, as Land Rover has not finalized its U.S. specs. We used the European figures (as provided by a spokesperson), which we expect to be accurate within about 50 pounds. The 0-60 time provided by Land Rover was for the Defender 90, which is smaller and somewhat lighter than the 110. When equipped with the inline-6, the Defender 110 is about a tenth of a second slower to 60 than the Defender 90, so we figure it should be roughly the same for the V8.

While the Defender has nearly 50 horsepower on the Wrangler, that advantage disappears thanks to the Land Rover V8's monster weight penalty, which will fall somewhere between 600 and 700 pounds depending on equipment. Yikes. On the flip side, however, the Land Rover has the edge in top speed, and it's not even close. Chalk that up to the tires, we suspect. We know for a fact that the Rubicon 392's all-terrains dictate its speed limiter; Jeep's own engineers told us as much. This could make for a (hypothetically) interesting drag race, as the Jeep's advantage off the line may evaporate once triple digits come into play. Whether that happens before the quarter-mile marker remains to be seen.

The Defender's heft and added length also contribute to its towing advantage. You'll note that we left that as "TBA" here as Land Rover has not yet finalized that figure, but we'd be surprised to see it fall anywhere below 5,000 pounds, with a final number closer to 7,500 pounds likely, as the I-6-powered Defender can haul a maximum of 8,200 pounds. The Land Rover's off-road credentials also remain intact. This gives the Defender a slight edge in ground clearance, breakover angle and water-fording depth.

On the pricing front, the nod goes to Jeep, and the gap is significant. The Land Rover Defender 90 V8 will start at $98,550 (including $1,350 for destination); the long-wheelbase 110 V8 will start at $101,750. Meanwhile, the 2021 Rubicon 392 Launch Edition will start at $74,995. Speed and price both favor the Jeep, but we suspect the Land Rover's premium won't be a deal-breaker anywhere outside of hypothetical arguments, even if the advantage looks fairly decisive. 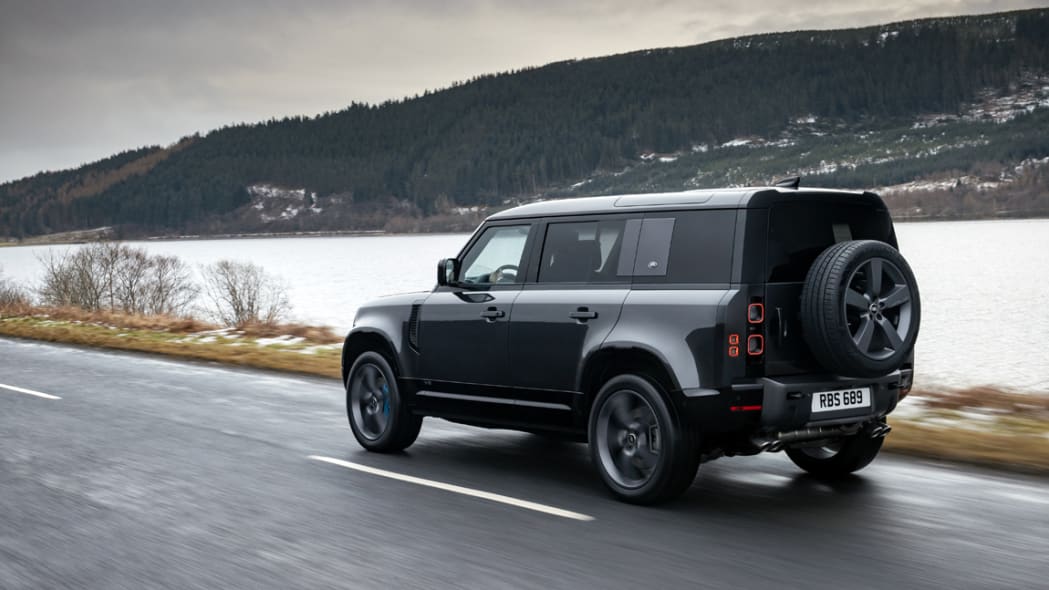 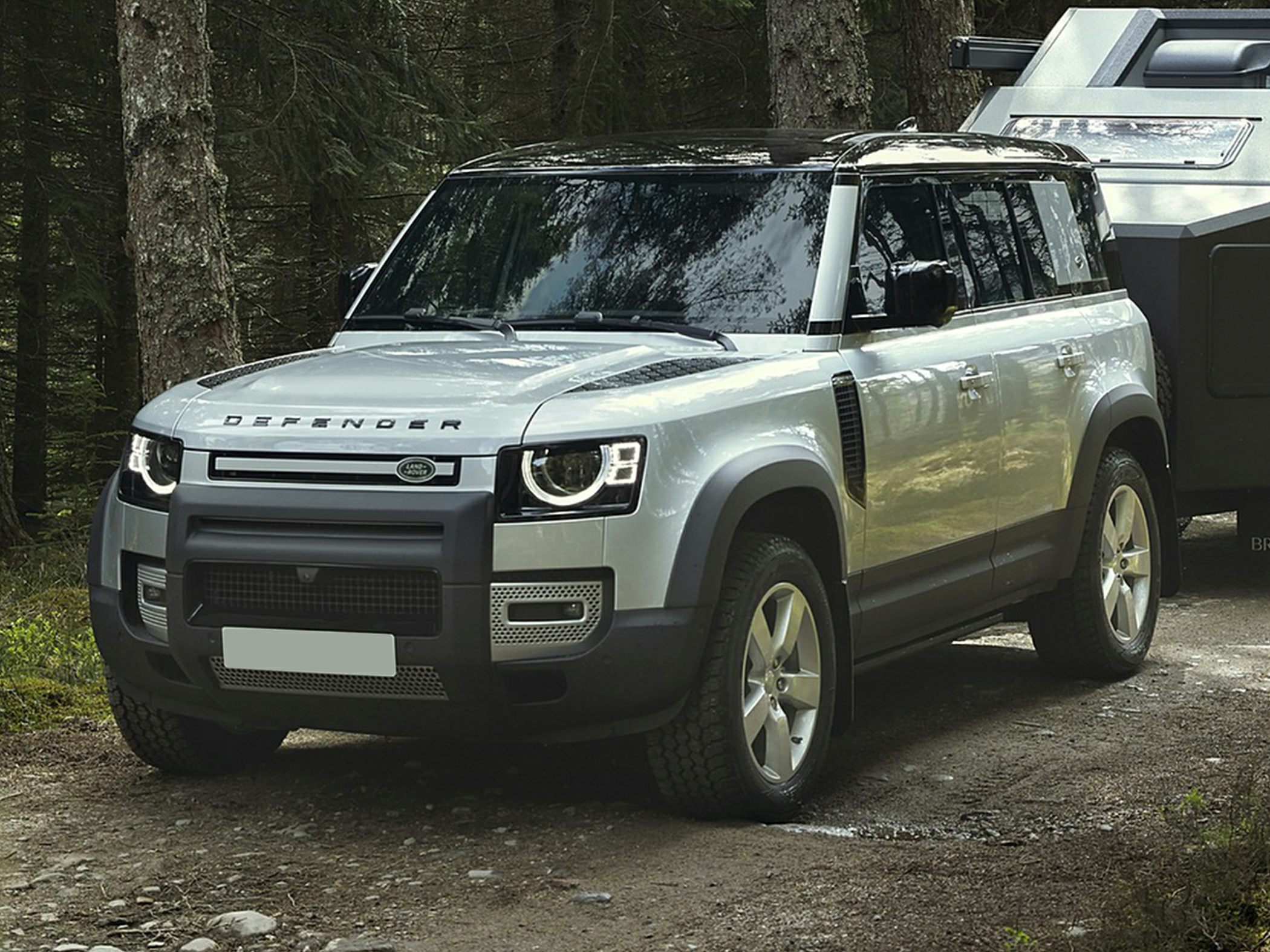 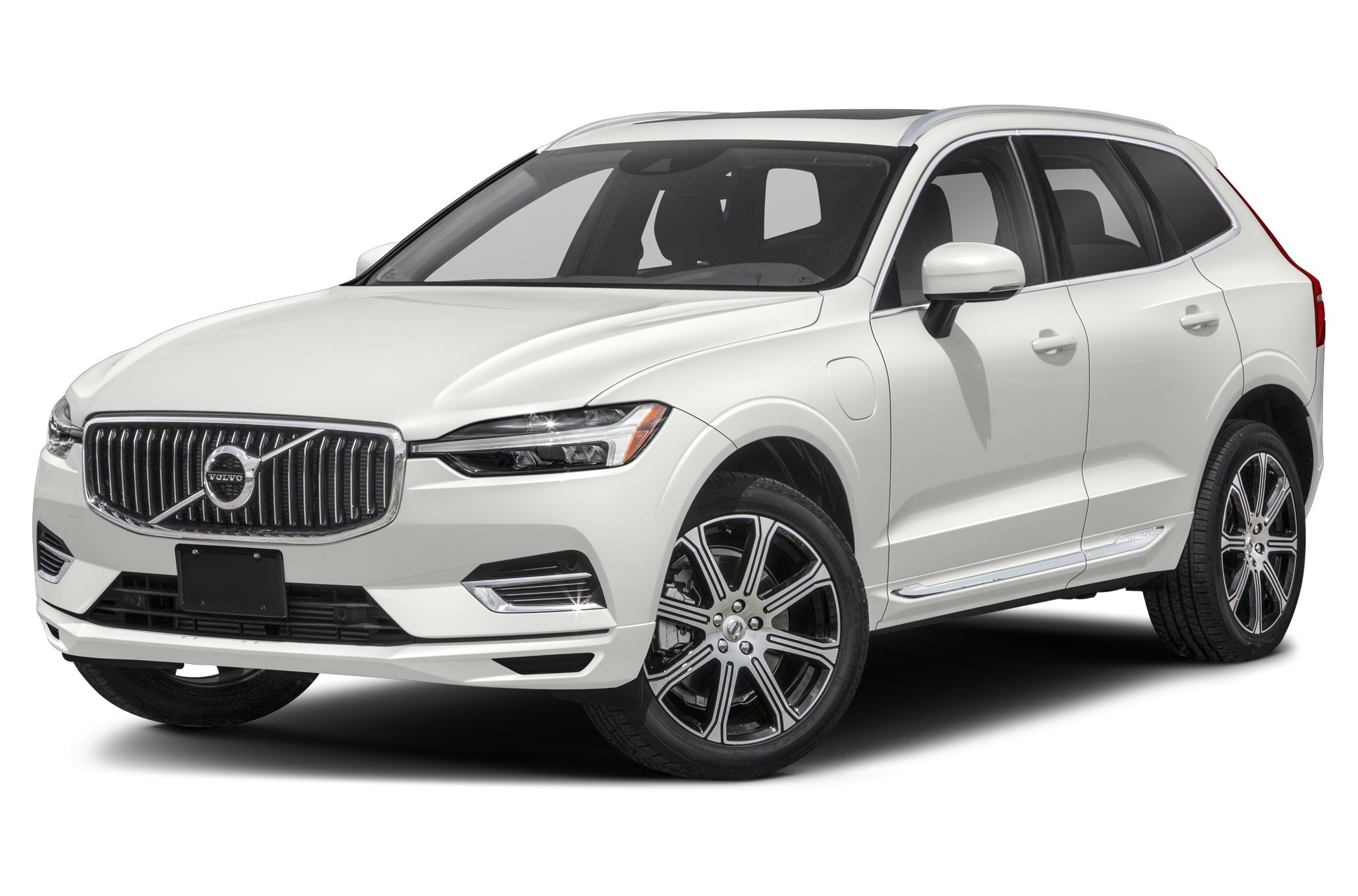