Here's what else you could buy for the average new-car price of $40,573

You could play it safe and buy that SUV. Or ...

The average price of a new car in America hit a new record in December 2020: $40,573. Not that we're surprised — the average has been over $35,000 for the past few years — but seeing that baseline figure crest 40 large is still a sticker-shock to the system. So, as we do every once in a while, we put our collective heads together and came up with a list of alternatives that you could choose to buy for that sum, new or old, classic or practical.

Now, let's be crystal clear about one thing here. We're not actually recommending you make this type of decision. That said, we wouldn't blame you if you did. 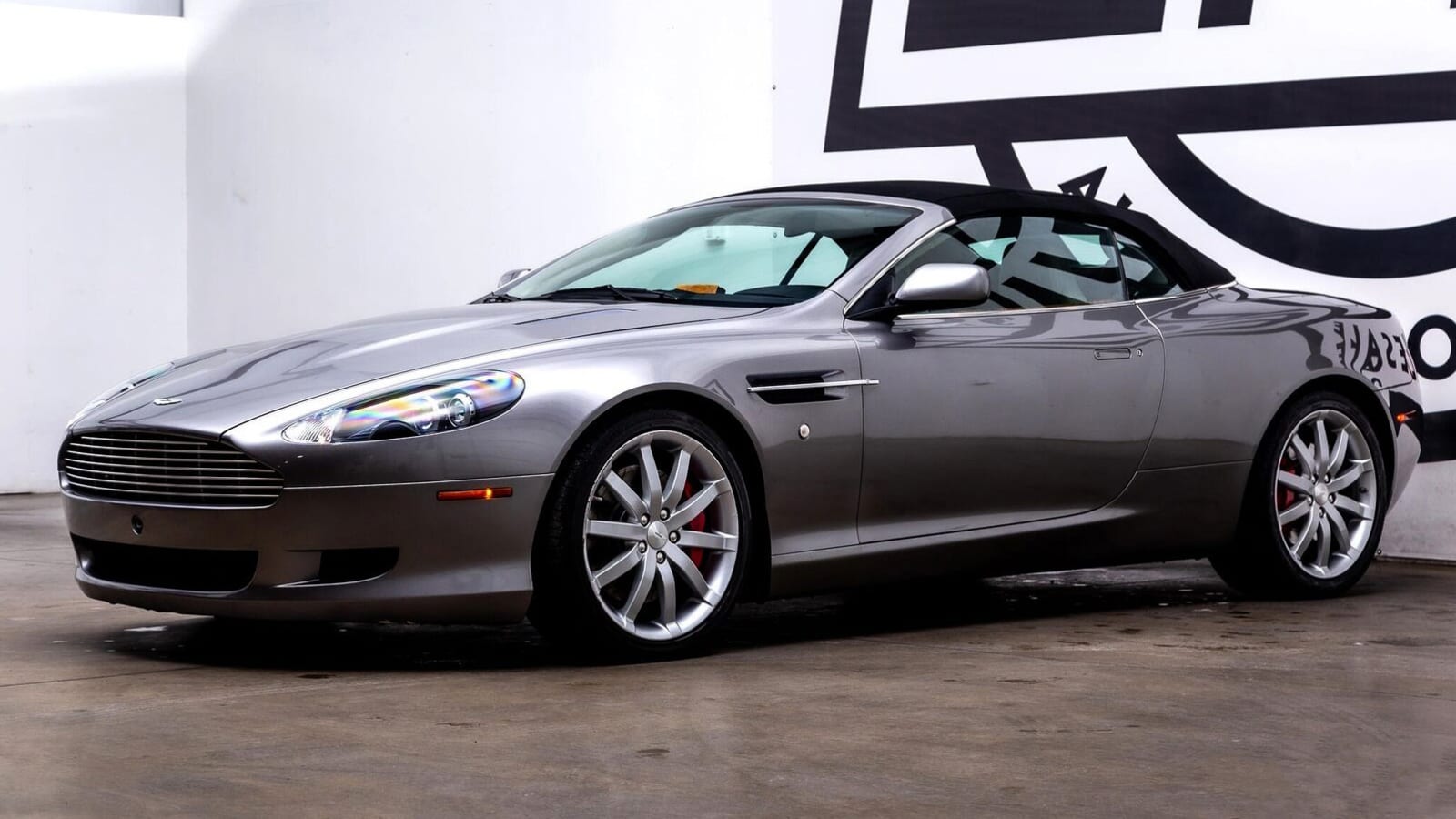 Managing Editor Greg Rasa: $40,000 will buy a fully loaded Camry or moderately equipped crossover. Or, for $39,997, to be exact, one could go motoring in a fine British automobile. This 2006 Aston Martin DB9 Volante in Alabama has 21,452 miles on it, and depreciation has worked its cruel magic: It is listed for less than one-quarter of its $168,000 starting MSRP when it was new. A check of other used DB9s nationwide indicates this is a fair price. This Aston's CarFax reveals two owners. (One, really, as the second was a dealership. Looks like it got traded in for a Porsche.) If you're understandably concerned about reliability, its service history indicates no surprises to date. Remember, it has a 450-horsepower 5.9-liter V12. And spring is coming.

Of course a used Aston Martin is riskier than a new Camry. But as Louis Prima sang, "Enjoy yourself, it's later than you think."

What price beauty? Less than $40 grand. Associate Editor Byron Hurd: This price point opens up a ton of options in the "nearly new" luxury space, including a few good enthusiast picks, but my nod here goes to the Cadillac ATS-V. The discontinued, M3/M4-rivaling, 465-horsepower sport sedan and coupe can be had all day long in this price range with low miles. In fact, the real challenge is finding one in the spec you want, since it's one of those old-fashioned cars that actually presented the buyer with choices.

Here's a clean, six-speed sedan in an actual color for less than our target price, for example. Coupes are more plentiful than sedans, especially in interesting colors, but there are plenty of them out there. Insisting on a stick will narrow the field significantly, but when you consider the new-car alternatives in this price range (and the fact that you can't buy anything this cool in Cadillac's current new-car lineup), I'm going to go ahead and say the hunt may well be worth it. 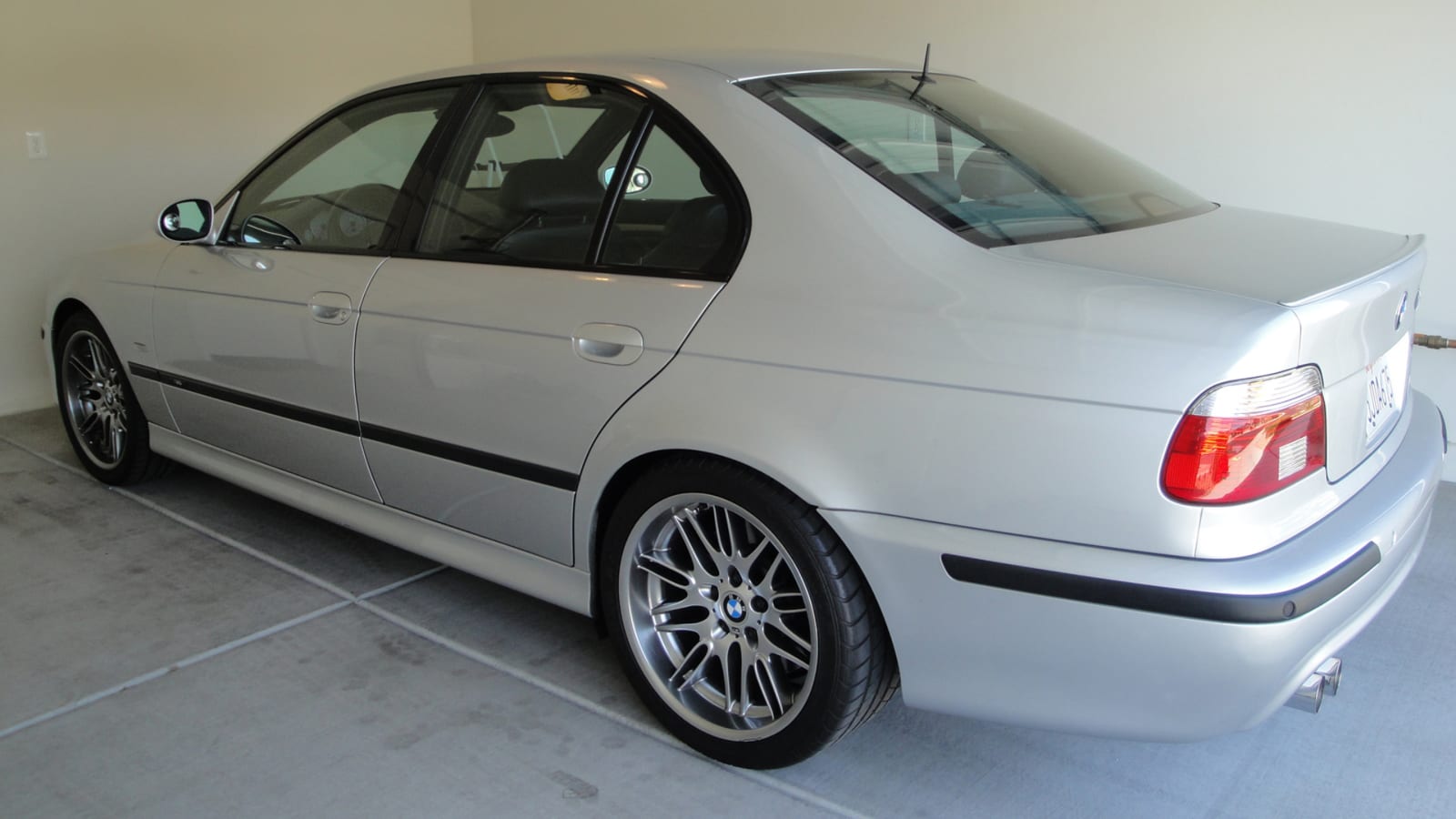 West Coast Editor James Riswick: I'm probably boring for picking this, but I'm getting this E39 2002 BMW M5 for that money. It's, like, the best car. If I wanted something weird or unusual, I wouldn't need to spend $40,513 to get it. On the other hand, I'm lucky just to find an E39 with such low miles and in such good condition for anywhere close to our target price. It's a miracle that Enthusiast Auto Group hasn't already bought it and put it back up for sale for double the price. For the record, I also like the color combo here of silver with a black/gray interior. It's not Imola Red/Imola Red, but then that would probably be too good to be true. 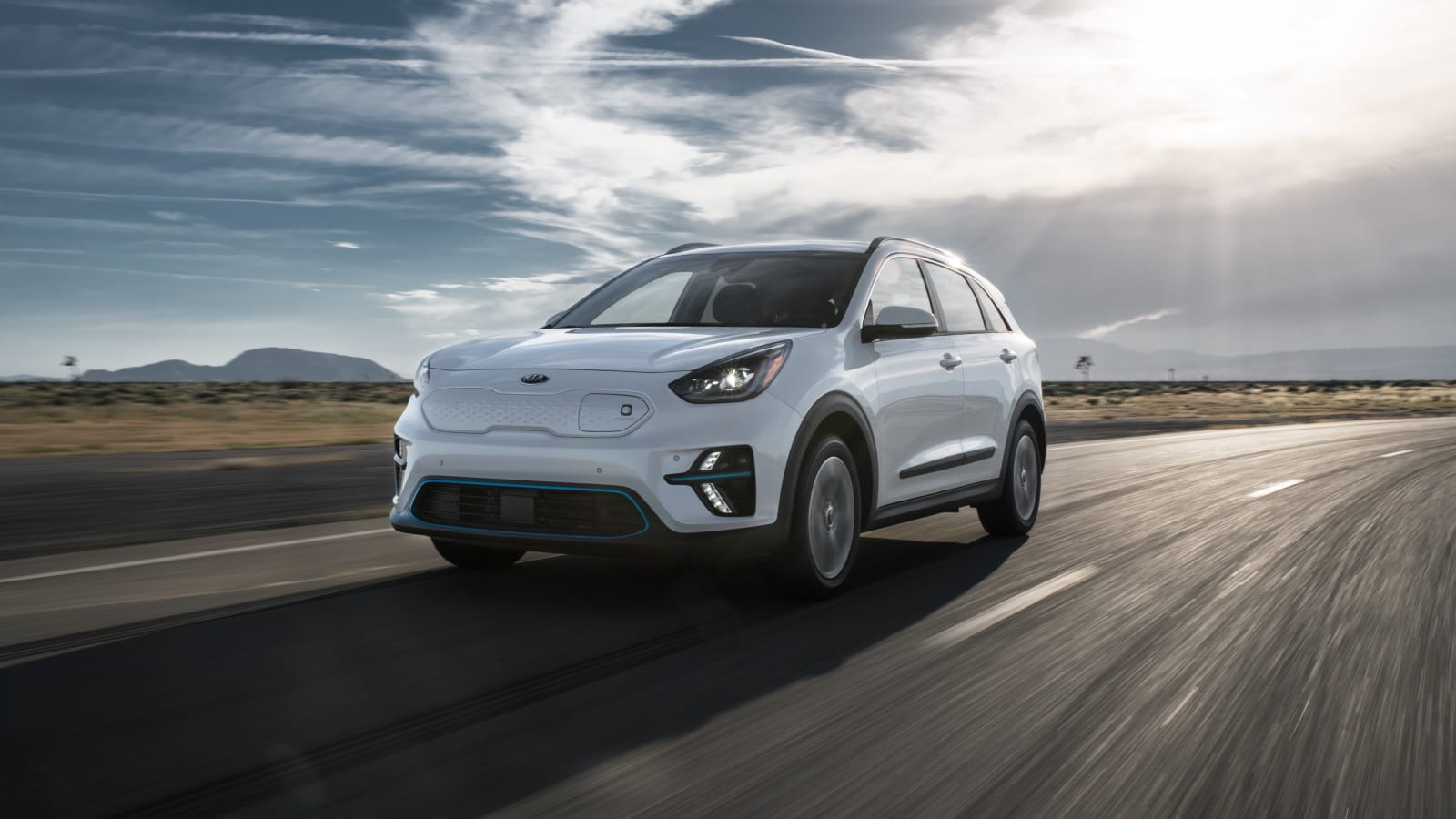 Senior Editor, Green, John Beltz Snyder: It's easier than ever to go electric for the average price of a new vehicle in the U.S. I'm particularly fond of the practical-but-fun squadron of affordable EVs that have hit the scene in recent years. For $41,365, I can get a brand new Kia Niro EV in the base, but well-equipped, EX trim with the $1,100 cold weather package. With that, I'll be able to relive the fun I had on my first drive in this sporty-feeling cousin to the Hyundai Kona Electric. I'll have all the range I'll ever need, plus plenty of room for running errands with my family. Plus, I'll be giving the Future John an excellent gift in the form of a federal tax refund next year. You're welcome, Future John. Start that classic Beetle project you've always wanted. 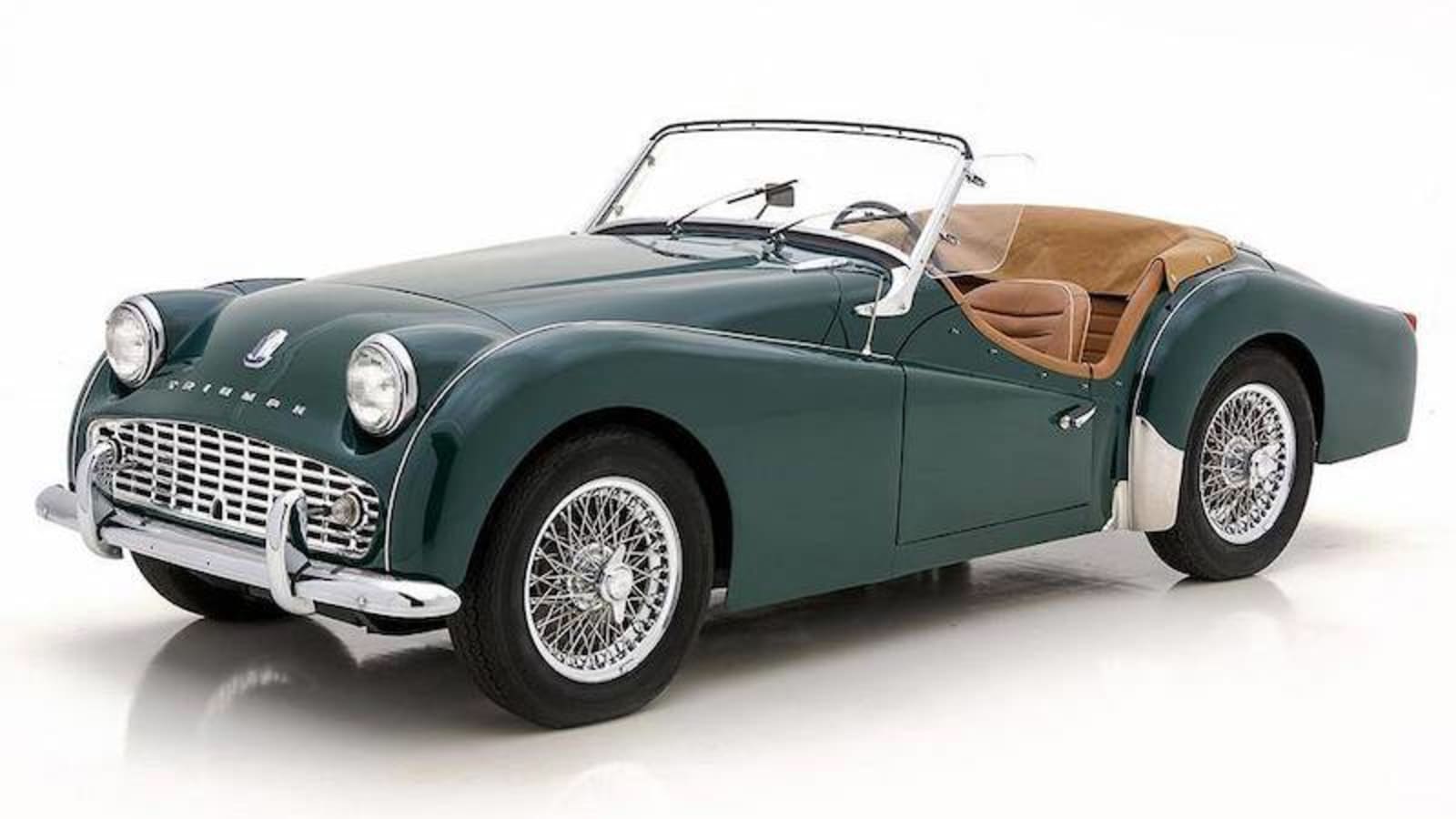 Consumer Editor Jeremy Korzeniewski: The Mazda Miata would be an excellent choice for this list. Or, instead of bringing home a vehicle that's meant to offer the driving enjoyment of a classic British sports car, you could instead choose to buy an actual British sports car. Like the 1960 Triumph TR3 you see above, looking absolutely lovely in a fitting shade of British Racing Green with a tan leather interior.

No, it is not going to have the perfect reliability of the modern Japanese equivalent, but since it's only priced at $34,500 or best offer, there ought to be plenty of funds left over to budget for the issues that will undoubtedly crop up. And it's also not likely to depreciate, either. Why not have some fun? 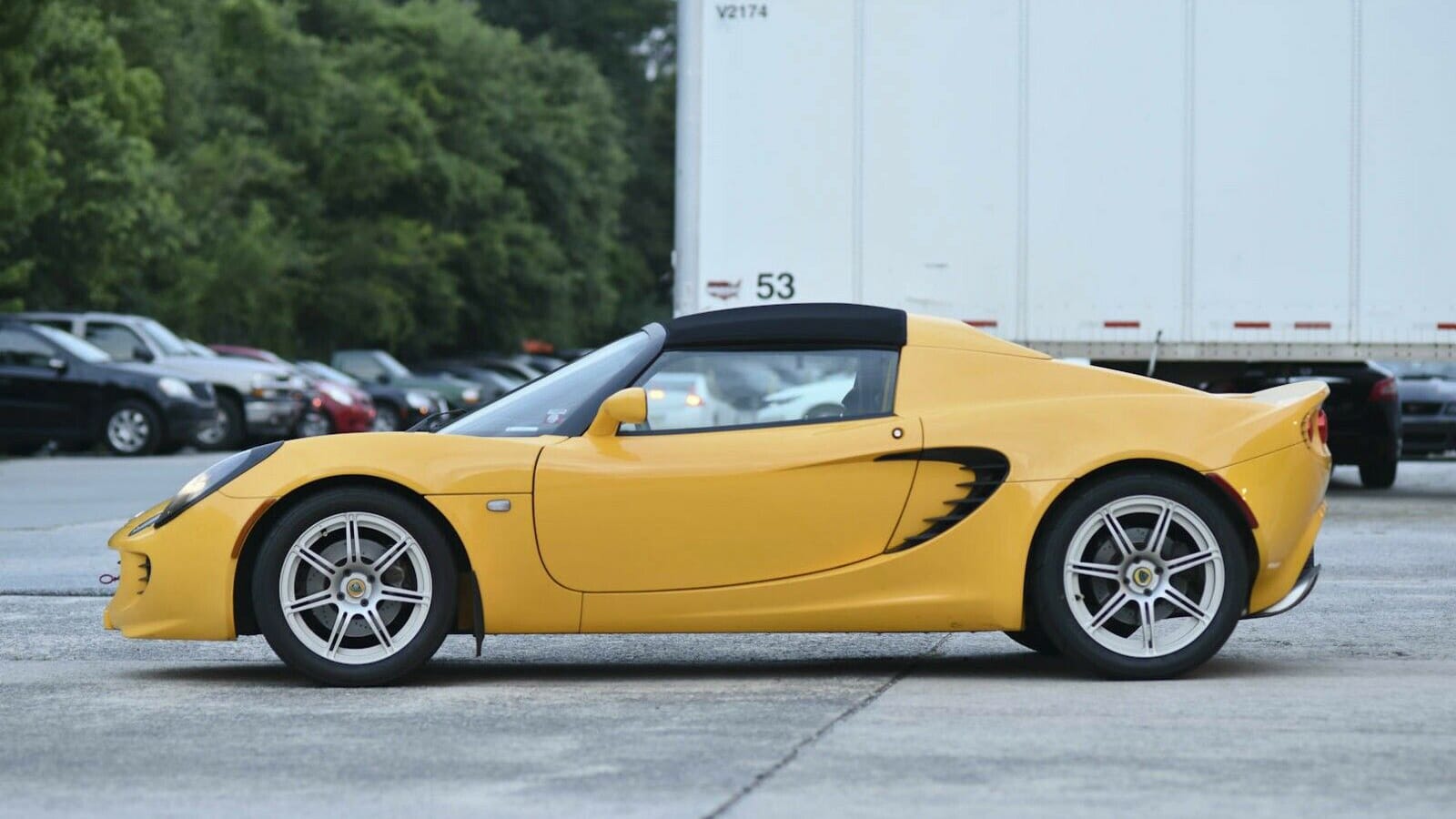 Road Test Editor Zac Palmer: This one might be the most hair-brained idea yet (OK, maybe I’m not giving Jeremy’s British sports car enough credit), but I stand by it. The Lotus Elise is a car I fully intend to own one day. I’d want a yellow one, so this 2006 model with the Sport package is about as ideal as they come for my use. It’s in splendid shape at only 10,000 miles, and the photos depict a car that’s been cared for during its time off the road, too.

My time in a Lotus Evora GT last year has me convinced that these Lotus folks are on to something. Going all out for the sub-2,000-pound Elise for $37,500 doesn’t seem all that bad now that I have an idea of what I’m in for. That price even gives me a few grand to toss around when things start breaking. And I’m sure things will break. And I’m sure it will be worth it.